Freeport, Grand Bahama was envisioned as the ultimate island utopia, by its creator, Wallace Groves. Groves wanted to create a magnificent city out of the jungle that was Grand Bahama in 1955. He envisioned a hotel paradise, an economic free trade zone, and a gambling mecca where the rich and the famous would flock to. To ensure the reality of this Freeport dream, there was an employment mandate in place, which essentially meant that non-Bahamian staff, specifically non-negro staff, were to be employed from the highest to the lowest levels throughout the hotels. From top management, down to security guards and even waitresses, all were expected to be white, foreign nationals. Where there would be an interface between hotel guest and employee, that employee in the new city of Freeport needed to be white.

By June 1968, this non-Bahamian employment mandate was being challenged in unexpected ways.

A significant social change in 1967 led to the election of the first Bahamian government under negro leadership. The new government, taking office in January 1967, had been lobbying Wallace Groves, his Freeport Port Authority and Freeport hotel management to reverse their rigid employment policies. In other words, Freeport had to hire more native negro Grand Bahamians.

Progress had been painfully slow in this regard. Soon, some locals decided to take matters into their own hands.

News of an unprovoked attack by negro natives on white tourists, as they enjoying their holiday in Freeport hotels, was carried around the world.

Fears of a black uprising were said to be chasing potential investors away. The new negro led government, under Premiere Lynden Pindling was also said to have no control whatsoever over Wallace Groves, and his creation, the city of Freeport.

On Saturday June 17, 1968, a “roaming band of Bahamian Negroes” brandishing knives, stormed through four Freeport hotels, breaking furniture and assaulting guests. They were demonstrating against unfair hiring practices which excluded employing blacks on the island in Freeport hotels. 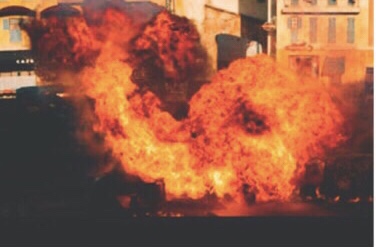 Annie, the Little Girl Sent to Athol Island to Die 1889