A statue depicting an Afro-Bahamian mother and child, was unveiled on 11th August 1974, in Rawson Square. A figure of incredible complexity of expression, and meaning, whose face seemingly captured both the struggle and devotion of countless women, irrespective of colour or status, throughout the history of the Bahamas stood, and still stands.

The bronze statue, was made in Abaco, by a Canadian, Professor Randolph Johnston. Johnston was a white college Professor teaching art in New England. Randolph was a sculptor and an artist, who decided to leave his teaching job, to sail off on a schnooner. He, and his wife and their three sons found a place that had not yet existed, which they named Little Harbour on the island of Abaco, Bahamas.

The Story of Randolph Johnston- The Hamilton Spectator 2008

The Johnston family first lived in a cave in 1951. Yes, a cave. They eventually built a thatched hut as the family home.

Maybe it was Randolph Johnston’s own personal struggles to find happiness that inspired him to create something so enduring, for a place that he had only just found.

A Complicated Road to Fruition

The idea for the statue came from Mr. Edward Carey of the Bahamas Oil Refining Company BORCO. Carey said that the company was looking for a way to show its appreciation to the Bahamian people and the Government for services rendered.

BORCO paid for the statue.

The resolution for the monument came from Cat Island MP Oscar Johnson. He laid it on the table, in the House of Assembly, for approval in March 1969. A monument was sought to depict the hard times through which Afro-Bahamian women have come with “measureless love, sacrifice and devotion.”

Randolph Johnston, the Canadian sculptor who first lived in a cave in Abaco, was 70 years old by the time the statute was completed, and finally unveiled in Rawson Square, on Sunday 11th August, 1974.

Deputy Prime Minister A. D. Hanna looks at the inscription on the statute. 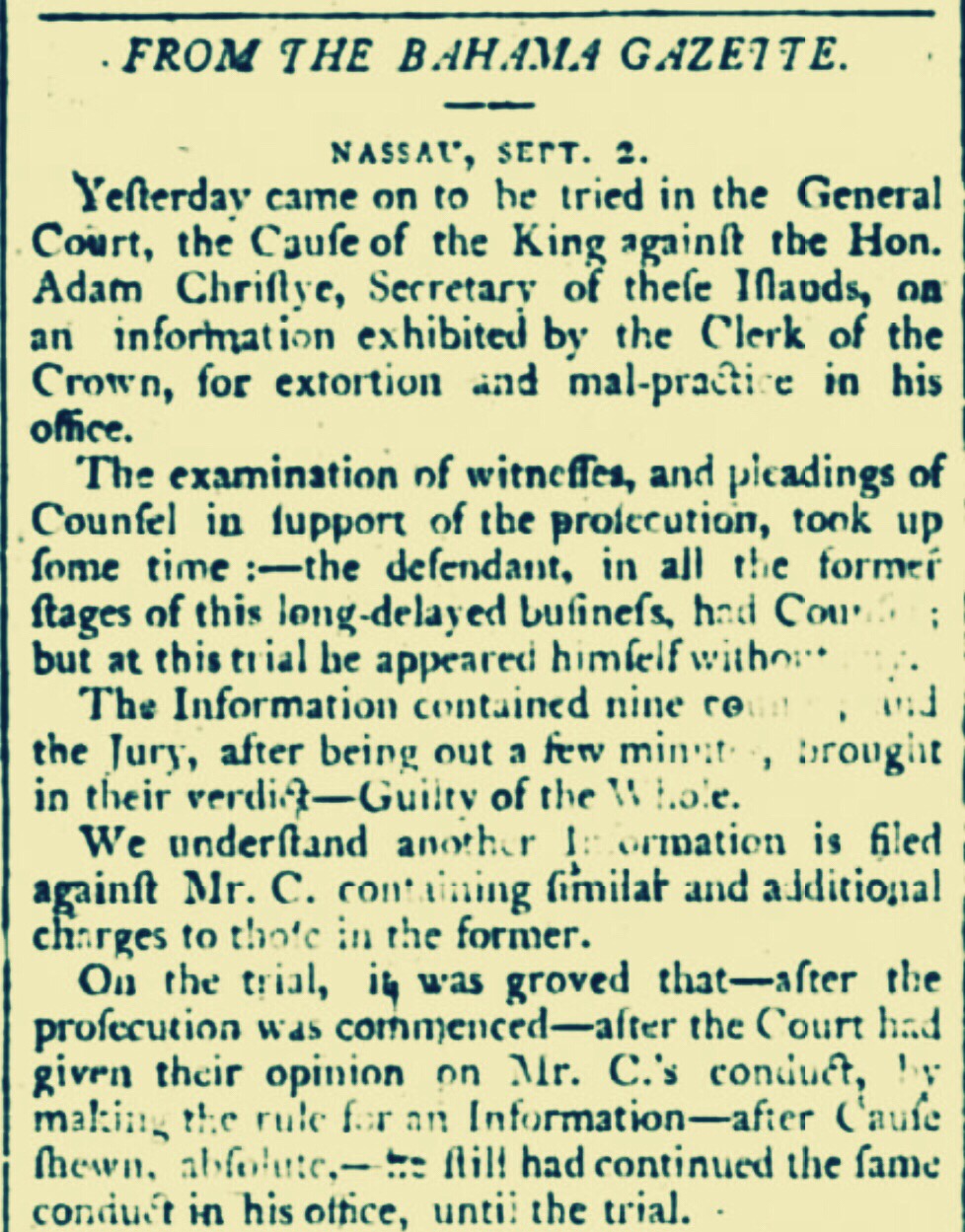 Secretary of the Bahama Islands, on trial for extortion and malpractice in Office – Nassau 1791