Black Bahamian rum-runners or bootleggers, made a lot of money – it just didn’t last. There are quite straightforward explanations for this. Principally, was the fact that negroes back then, in the 1920s and 1930s, had no power structure with which to launch from or build on.

Another important reason came, as money from rum running’s success, transformed The Bahamas.

Black Bahamians, throughout the islands, were the first to fall victim to the economics and globalisation of the day. Inflation, immigration and new industries arose, leaving the largely uneducated and politically shut out negro, in The Bahamas, reeling from the flotsam and jetsam of successful financial booms.

1. Rent and wage increases begin the cycle of inflationary increases in the cost of goods and services.

After rum running ended, substantial inflationary increases hit poor black Bahamians the hardest. As more foreign money flooded Nassau during the early decade of rum running, the cost of everything in the islands increased. As people were willing to pay more, now that everyone had more money, prices went up. When the boom ended, prices stood at inflationary levels. Blacks became even more impoverished as wages and income plummeted. This era may well have started the great generation land and asset sell off, among blacks, as they struggled to stave off abject poverty, now that the liquor boom money was over.

“Families occupying five and six room houses for which they paid $12, $15 and $20 a month rent is, by chance they did not own them, found that they could live comfortably in two rooms. The cellars and the vacated rooms were promptly jammed full of American liquor for which storage space $50 to $100 a month was willingly paid. Rents doubled, tripled and quadrupled. Inflation had reached Nassau tardily but completely.”

“The astonished native woman who had rejoiced in a shilling a day weeding sisal left the fields to grow rich on $1.50 and $2 a day rolling barrels of rum through the streets singing: “Mammy don’t want no peas, no rice, no coconut oil; All she want is a sugar candy. And “I want to go to Abaco, Do ma Do ma. Abaco is a pretty place, Do ma Do ma.”

Blacks may have had the physical numbers, in the islands, making up more than 85% of the population, but in the 1920s, many were functionally illiterate. They didn’t have the economic power, legislative power or the political power, enjoyed so liberally today.

It is a historical misnomer, in Bahamian history, to think that only whites were bootleggers. Truth is, there were many black Bahamian bootleggers. They not only worked the ship as loaders, they were boat captains, boat owners, bought wholesale to sell retail, owned the bars and night joints in the negro area Grant’s Town, provided security at the warehouses, and smuggled cases onto cays waiting further shipment.

“A negro, unable to read or write, would come into a Bay Street wholesalers hatless, shoeless and all but shirtless. “Boss man, please, suh, gimme 100 cases of scotch. He’d produce an inspiring role of American money. An’ please Boss man, suh make the bill read a dollah mo fo each case then you charges me.”

For almost a decade, bootlegging or rum-running was the easiest, fastest way to make money in The Bahamas. Like the money made from blockade running during the American Civil War, and wrecking (plundering foundered ships of their goods, then selling them) these sea activities spurred on a culture of waiting on the big score, the easy money, so you can put your feet up and smoke your pipe as you please.

2. BLACKS HAD NO POLITICAL OR LEGISLATIVE POWER

The point that there were many black bootleggers, doesn’t negate the fact that there were significant disparities in the wealth made during rum-running. White Bahamians, by and large, had the boats and the contacts and the legislative power. Those who didn’t have the boats, had the accepted skin colour to buy passage for themselves and their cases of booze on the commercial boats, which brought mail, people and goods between the United States and Nassau.

“Rev. Henry Carter, Secretary of the Temperance and Social Welfare Committee, brought forward a notice of motion which called attention to a prospectus issued by the Bahamas Trust Co., Ltd., of London, asking capital for a liquor trading venture in the Bahamas. He ask the Conference to desire the Colonial Secretary to take measures to suppress this attempt at the violation of the United States prohibition laws. The prospectus states further that members of the Company had used their position as members of the Bahamas Legislative Assembly to influence the passage of liquor laws with advantageous results to the Company, and Mr. Carter asked that this should be brought before the Governor of the Islands with a view to appropriate action.”

3. RISK OF THEFT, VIOLENCE AND MURDER

Rum-running was only easy money, if you didn’t get caught by the police or robbed by other rum-runners. There was always the constant threat of violence. Not only was there racist violence, but blacks fought violently for turfs and selling rights, just as whites did under the likes of Chicago bootlegging gangster, Al Capone.

The most recent case of alleged piracy to be made public officially resulted in the shooting death of George Edgecomb, negro master of the British schooner William H Albury, at Cat Key, in the Bahamas a short distance from here, and the theft of between $2000 and $3000 from the vessel. The robbery occurred July 20. The Albury, according to British officials, has been engaged in the rum carrying trade between the Bahamas and Jamaica.

The Albury was at anchor at Cat Key, Carey said, when an auxiliary schooner, said to be the Falcon, appeared. Three men were aboard the Falcon and after anchoring they boarded the Albury and informed Captain Edgecombe they wished to purchase a cargo of liquor. They were entertained by Edgecombe during forenoon while the crew piled $2100 worth of liquor on deck to be transferred to the Falcon, according to the account.

At noon the Albury’s crew except Edgecombe and Kerry went below. Carey was working on his books in his stateroom when one of the visitors appeared pointed a pistol at him and ordered him to handover what cash he had. Kerry gave him more than $2000. The other visitors in the meantime had gone below and covered the Albury crew with pistols. Edgecomb was pacing the deck with a view of the cabin when one of the men saw him.

The master was ordered to enter but seeing the pistols turned his back. A shot was fired and the captain fell dead. The crew of the Albury then was locked in the cabin and the visitors departed. The prisoners, Carey said, regain the liberty with in a few moments.

Let us not discount the role racism played in creating colour barred, protectionist measures in the rum running trade. Whites, especially in America, were highly protective of this illegal industry. Few wanted to do business with negroes and especially not foreign negroes, like Bahamians. The result of this was that white Bahamians made the necessary American contacts and enjoyed the profits, at a superiorly higher level, than Bahamians blacks. White rum runners preferred blacks as customers, not the competition.

The following excerpt from an American newspaper, in 1926, from the state of Kentucky, indicates the sentiment held by white bootleggers, as they saw the increase in negro bootleggers.

“Chief of Police Gus Rogers has the right idea in arresting these negro bootleggers. They should be given the limit of the law. There is too much competition among white bootleggers to make a decent living without having Negroes edging into the trade. If the white bootleggers have a speck of decency they are showing their gratitude to the police department for their commendable energy in stamping out negro competition.” 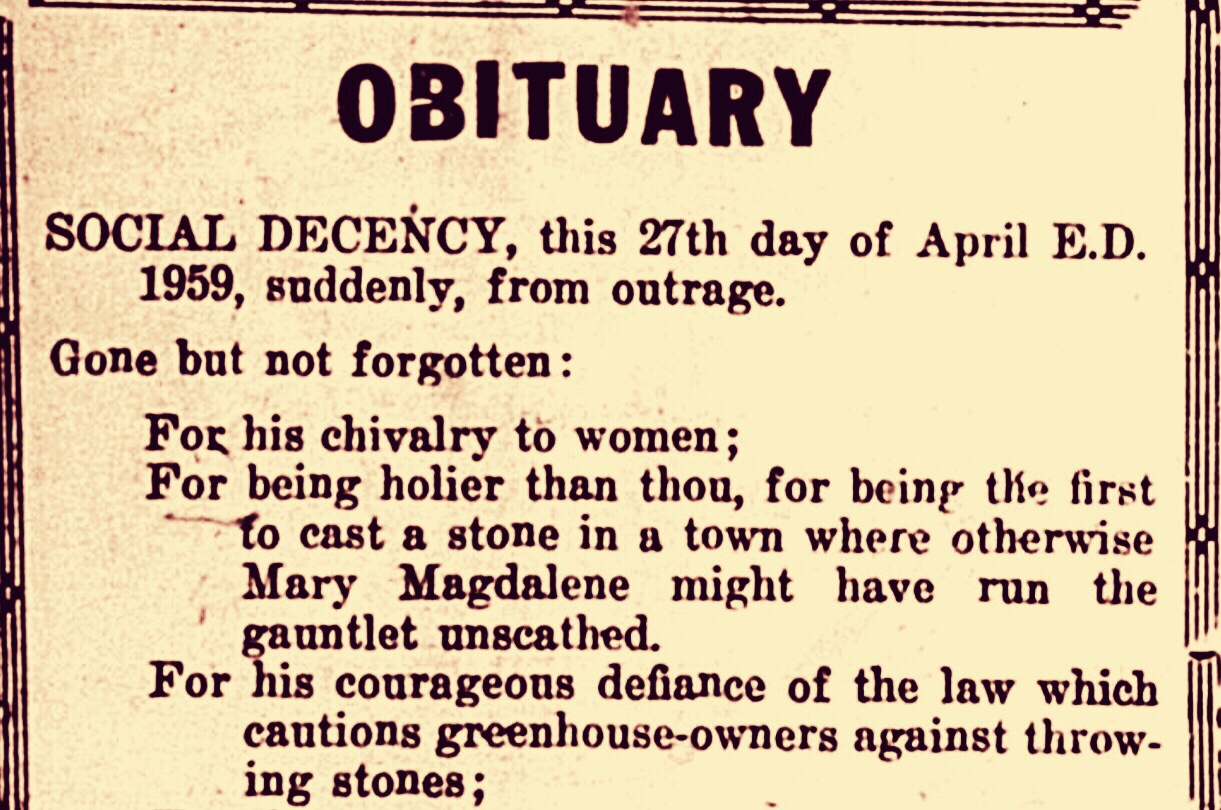 Obituary to Social Decency: A War of Words Between Newspaper Editors 1959 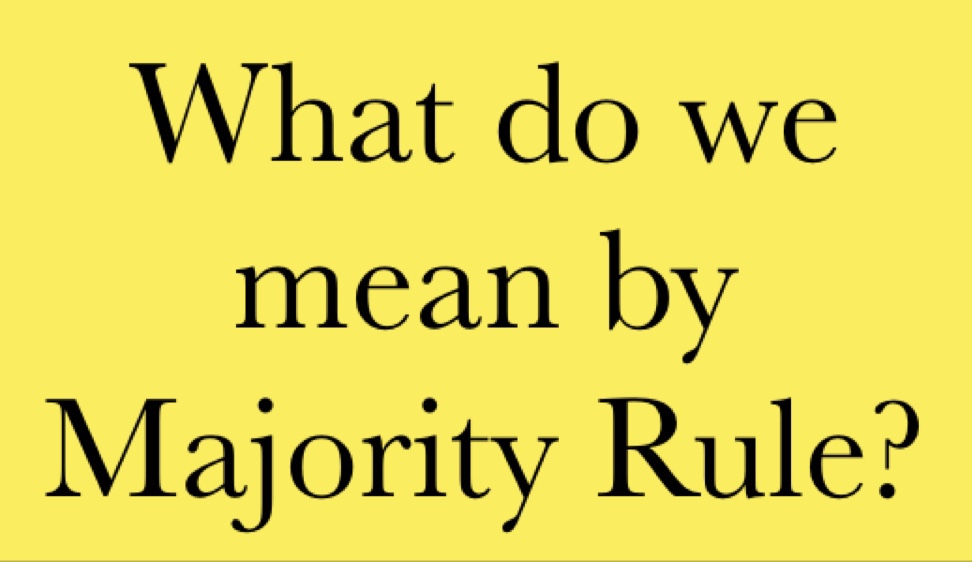