On August 25, 1866, in the Bahama Islands newspaper, there were two stories of suicide. Two men. One black, a Bahamian and the other white, an Englishman. We know that one was black from where he lived, Grants’ Town. This area was the designated negro area of Nassau. One was an attempted suicide. The other was successful. In 1866, in the Bahama Islands, attempting suicide was a serious crime. If one was successful, it was considered a form of insanity.

Did these two men know each other? We do not know. It is however interesting that these two suicides are curiously very close together, and both used the same poison, Laudanum.

In the 1800s, Laudanum, made from opium, could be purchased quite readily. It was used for just about everything from a headache to menstrual cramps to teething problems with babies. Laudanum was cheaper than alcohol.  In the Victorian period in England, it was used to create a euphoria, or better known today, as getting high. Too much however, and Laudanum acted like any other drug, it became a deadly poison.

ATTEMPTED SUICIDE — On Thursday afternoon, a man named Briton Eaneas, residing in Grants’ Town, swallowed about half an ounce of Laudanum — intending to end his days on this side of the grave— in which he was ultimately frustrated; medical assistance having been procured, and within a few judicious applications of the Stomach Pump, the expense of a Coroner’s Inquest has been saved to the Colony— Eaneas is doing well — and will no doubt immediately after his recovery be handed over to the Police Officers —to answer to the charge of wilfully attempting to decrease the number of the population of New Providence.

George Florence owned a successful bakery. He was also a preacher. George Florence was originally from England and had been a resident in the Bahamas for twenty years. Coroner’s verdict: Temporary Insanity

INQUEST –SUICIDE– On Thursday the 23rd instant, an inquest was held by the Crown Coroner, W.M.G. Maclure, M.D.; and a jury on view of the body of George Florence, who resided in the Western District; the deceased was a native of England, and had been a resident of this Colony for about twenty years; he was proprietor of an extensive Bakery in this City, which he conducted successfully for may years past. The deceased was of rather a religious turn of mind, and was a member of the Wesleyan Body, and for many years pas he had taken an active part in the proportion of the tenets of that persuasion, and latterly he was appointed to the onerous office of Local Preacher, and so late as Sunday last he officiated at Service in Gambier. It appears from the evidence adduced at the inquest, that the deceased for a few days previous to his committing self-destruction, had been labouring under a mental abreviation of the brain; and shortly before 11 a.m., on the day in question, he had procured a phial containing one ounce of Laudanum, and swallowed the contents; in an hour afterwards, medical assistance was sent for, and on the arrival of Dr’s Kemp and Chipman, every exertion was tried to save the unfortunate man— but the Laudanum had so impregnated and poisoned his whole system, that the application of the Stomach Pump and emetics  had little or no effect, and about 1 o’clock the poor man expired, the victim of his own rush act– a note which was found under the pillow of the deceased, was dated 23rd instant, and had no doubt been written previous to his taking the fatal draught—he their requested that any unnecessary funeral expenses were to be avoided, and a plain coffin would suffice, he subscribed himself a poor unfortunate creature.

The inquest lasted nearly five hours, and at the conclusion the jury returned a verdict that the deceased committed suicide by swallowing Laudanum, while labouring under as state of Temporary Insanity. 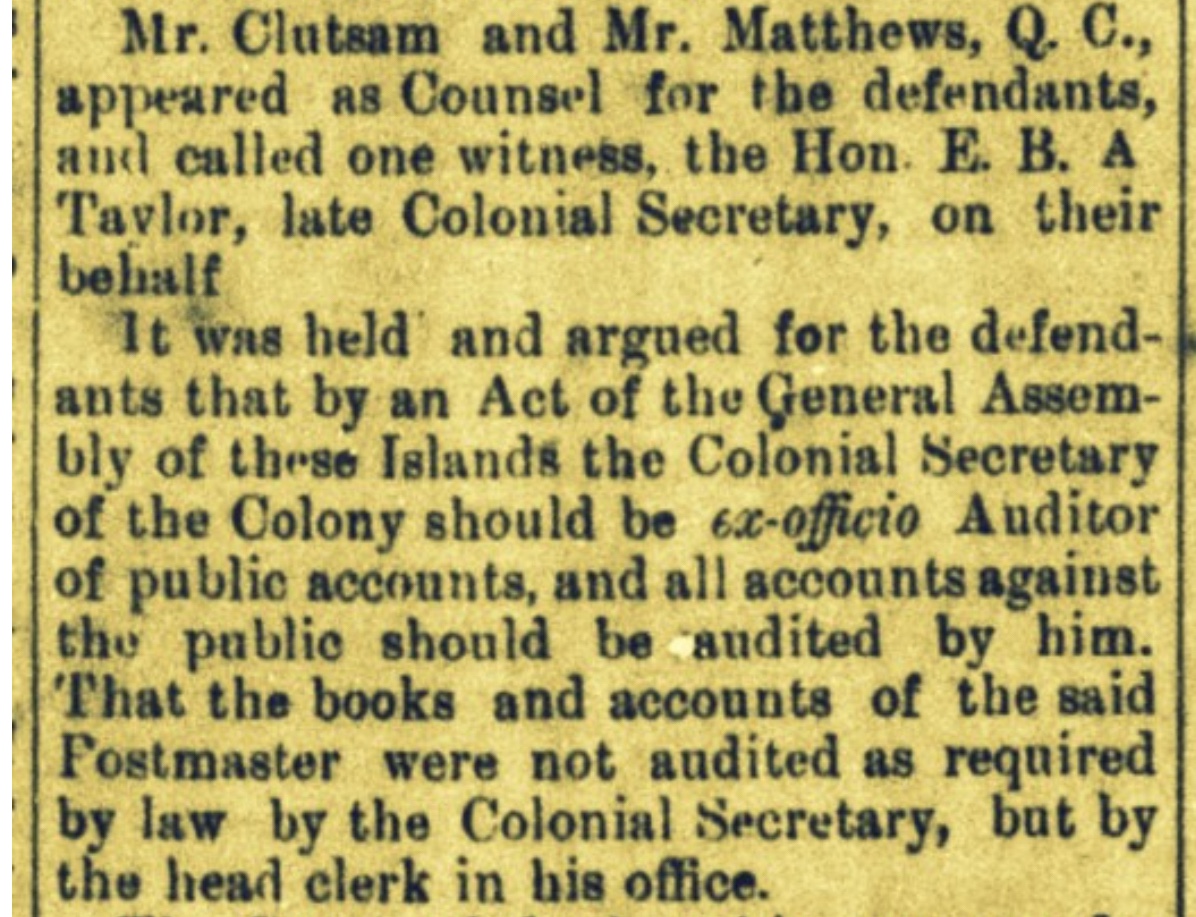