In the present day, millionaires seem to come a dime a dozen. Small Island Developing Nations (SIDS), badly in need of foreign investment are offering permanent residencies and citizenships, in their countries, for as little as the value of a three bedroom house. Governments in this respect, are hoping to create an economic trickle down effect. If investors come in, hopefully they will create businesses with their monies. These businesses create local jobs. Unemployment decreases within local communities. Wealth trickles down. Everyone gets what they want.

However, foreign direct investment remains a two-edged sword, as much today, as it did in 1959. For local people, there is every idea that the expansion of foreign owned businesses, within small island nations, like the Bahamas, are simply a modern extension of the old time plantation. Locals are workers rather than owners or investors. When the investor leaves, so does their business.

Camelot in the Bahamas

The era of the John F. Kennedy, in the US, was called the time of Camelot. Camelot, of course, was the name of the mythical place in England, where King Arthur held court and was the location of the famous Round Table. It inspired people to dream. In 1959, Camelot was alive and well in people’s imaginations.  It was filled with impossibly rich, beautiful and worldly people, with perfect hair and gleaming white teeth. They were all over the news and television. They were admired beyond belief.

It was the time of Camelot and trickle down economics.

It was the time of global giants.

In 1959, Goliaths bestrode the Bahamas.

MANY OF WORLD’S RICHEST MEN SPENDING MILLIONS IN BAHAMAS

Many of the world’s richest men are toiling today under the tropical sun–planting their millions in the coral shoals of the Bahama Islands.

They are buying large plots— even whole islands— and are building paradises for themselves and others.

They are pouring other millions into industrial and business expansion.

Most of the activity now is in residential developments, too elaborate to be called subdivisions. Besides the usual shopping centre, they offer exclusive country clubs, championship golf courses and deep water harbours.

Even with lots selling as high as $75,000 each, the customers are coming. In this scatter chain of 7000 British-owned islands south eat of Miami, the weather and fishing are good the year around. Neither individuals nor corporation are required to pay income taxes.

It’s a boom sparked by millionaires and billionaires. Spreading it are others in the economic class that doesn’t have to worry about payments of the FHA mortgage.

There is Arthur Vining Davis, Florida’s fables financier, who owns 30,000 acres on Eleuthera, a long narrow island east of Nassau. He is completing negations to sell 75 percent of his holdings to Juan Trippe, president of Pan American Airways and several other businessmen.

Davis will keep his home at Winding Bay, His is the kind of home that first started adding class to the Bahamas. It preceded the elaborate housing projects. Millionaires like Davis were the first neighbours of he Negro natives who once counted for 85 per cent of the Bahamas population.

Coca-Cola heirs Lindsey Hopkins Jr., his sister, Mrs. James F. Mckillups Jr., and their mother came to the islands not only to live but to invest. They have put up much of the two million dollars spent on a 150 guest hotel, yacht basin and 2,500 acres of homesites at Coral Harbour Club on New Providence Island.

On Bimini, Col. Joseph Mackey of Fort Lauderdale Fla., president of Mackey Airlines, is developing a yacht marina and housing project which will have its first visitors this season.

Bimini also is the home of Michael Lerner, one of the founders of Lerner Stores Corp. There he has a marine laboratory, operated in conjunction with the American Museum of Natural History.

Many of the new Bahama residents, of course, have moved there not to invest but to live lavishly. Marion Jo Carstairs, Standard Oil heiress, has her showplace spread over the whole island of Whale Cay.

Clint Murchison Jr., one of the famous spenders from Dallas, owns all of spacious Spanish Cay, about 150 miles east of West Palm Beach. On the cay is his own private landing strip.

Another famous financier busy in the Bahamas is Dr. Axel Wenner-Gren of Sweden. he has put 11 million dollars into a long-range program to turn 100,000 acres on Andros Island into a resort and home project.

On Great Abaco, the Bahamas’ newest project is under way at Treasure Cay. Dumas Milner, 41, of Jackson Miss., is spending some of his newly made millions on a 1,000 acre resort development. In with him on the 1/2million dollar project is Capt. Leonard Thompson of he Bahamas House of Assembly. 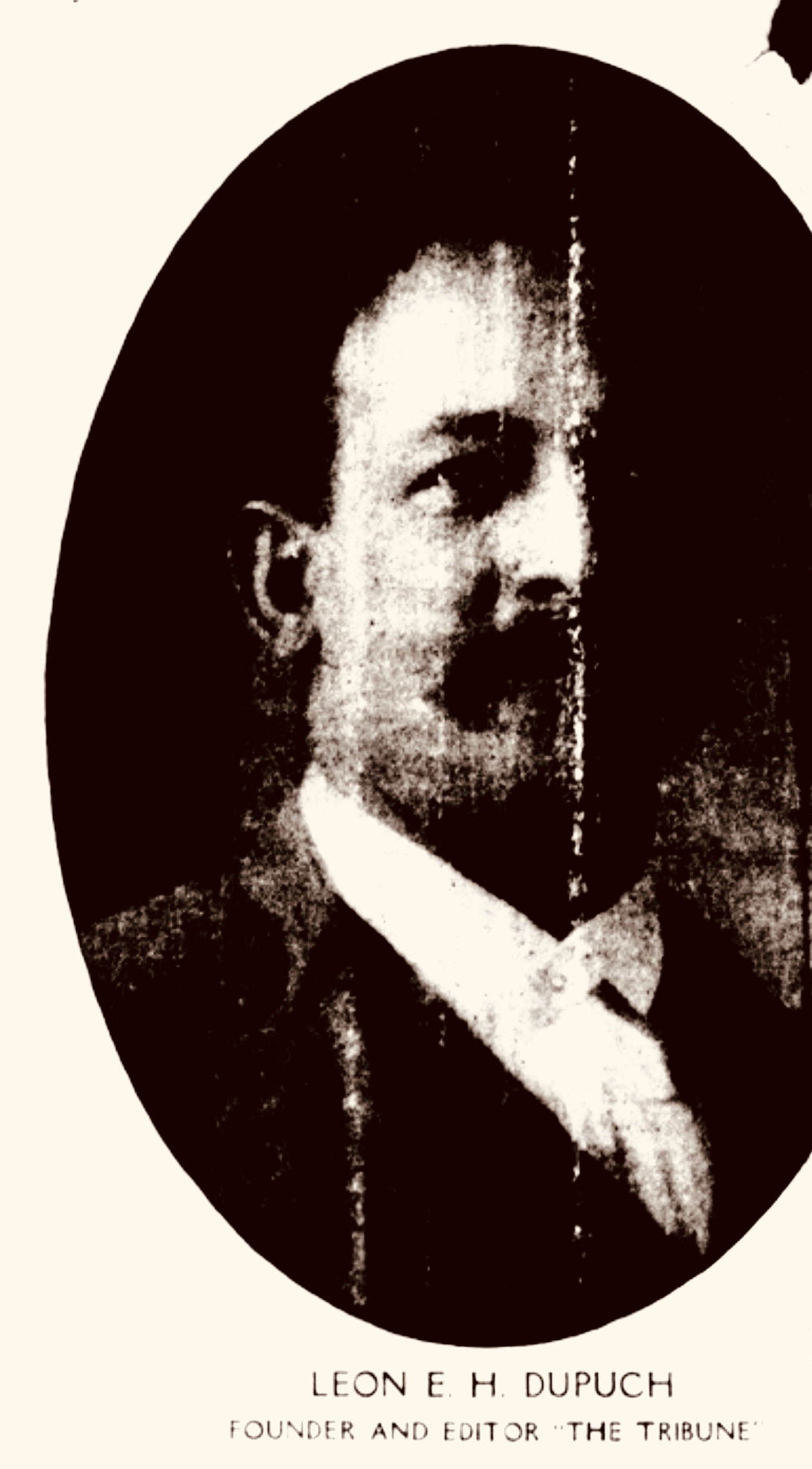 On the shoulders of Giants: Leon E. H. Dupuch, father of Sir Etienne and Founder of The Tribune newspaper dies 1914