A deal struck in 1966, for the Mary Carter Paint Company to buy Paradise Island from Huntington Hartford, began a rush to sell… sell… sell land, to any investor Resorts could get their hands on!

Resorts now had a major problem on their hands. They needed money and residents. In order to get the capital needed for further development, they needed to sell land. And lots of it. Resorts needed eager foreign investors to build homes or buy one of their development packages.

A so-called paradise playground is nothing without international, well-heeled occupants and residents.

The company needed to be able to market Queen’s Cove, Freeport as the ultimate in exclusive living, and for this to happen, they needed the right kind of people living there.

Wealthy, and the not so wealthy, and the ones who could scrape together airfare, were invited to view Queen’s Cove. For as little as $149.95 you had a package deal weekend with breakfast and dinner. Along with this came a special investment option. The cost of $149.95 that was paid to come to Freeport, would be applied to the purchase price of any investment made.

Wallace Groves and his Port Authority team, were also busy selling Freeport and Lucaya as well to the discerning land investor.

For Paradise Island, Resorts International realised that in order to bill this tiny island, as an exclusive playground for the rich and famous, they would need top notch brokers and real estate salesmen representing them.

Nobody but the best trained professionals would be allowed to represent them.

Resorts advertised in the US, for the best brokers in the business, to sell investment lots for exclusive homes on Paradise Island. 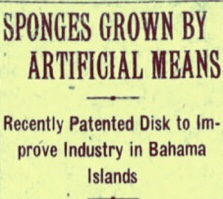