By 1967, Canadian authorities had had just about enough of the millionaire-rich, beggar-poor UBP (United Bahamian Party) Bahamas government. They had enough money to lure the rich to buy land, but couldn’t find enough money for school desks. Canada was livid!

Reporters had been holding back on a story for about year or more, but after the defeat of the United Bahamian Party in January 1967, they threw caution to the wind and sent it to print.

Bahamas Education Minister under the UBP Government, Godfrey Kelly, was accused of trying to profit from the donation of free school desks earmarked for poor Bahamian children.

In 1964, Sir Roland Symonette and his United Bahamian Party, were celebrating their successful negotiation for partial, internal self-rule, with a new constitution for the Bahamas. Under the old constitution, the Bahamas, had an elected House of Assembly and an appointed Legislative Council. There was also a specially appointed group, called the Executive Council, who advised the British appointed Governor General.

From Tuesday, January 7th, 1964, the old system of government gave way to the new.

In 1965, a priest, from the Roman Catholic school community, in Harbour Island, raised the alarm on the appalling conditions of Bahamian government schools.

“…most elementary school children in the Bahamas do not have even one textbook and many sit on makeshift furniture made out of orange crates.” 

In September 1965, a textbook publisher said his company would donate 10,000 out-of-print text books they had on hand.

Canada was fuming at the UBP United Bahamian Party Government from 1964. It was even more annoyed at the Minister of Education, Godfrey Kelly, for his selfish treatment of schools and students, in the government system, under his purview.

The Bahamas had long billed itself as a resort and premier residential spot for the world’s wealthiest. This was one of the primary reasons why a ‘no tax‘ regime was adopted. However, without taxing the richest and most wealthiest foreign residents, to help pay for the land they enjoyed, the Bahamas had little money for things like providing education for its people. So much was being spent on luring foreign investors that many social programs, like education, were neglected.

Canada was fuming when it was revealed that Canadians were paying their taxes just to send free things to the Bahamas, which was supposedly the playground for the rich and famous.

Ontario had spent $25,000, in little over a year, shipping school supplies to millionaire-rich, beggar-poor, Bahamas. 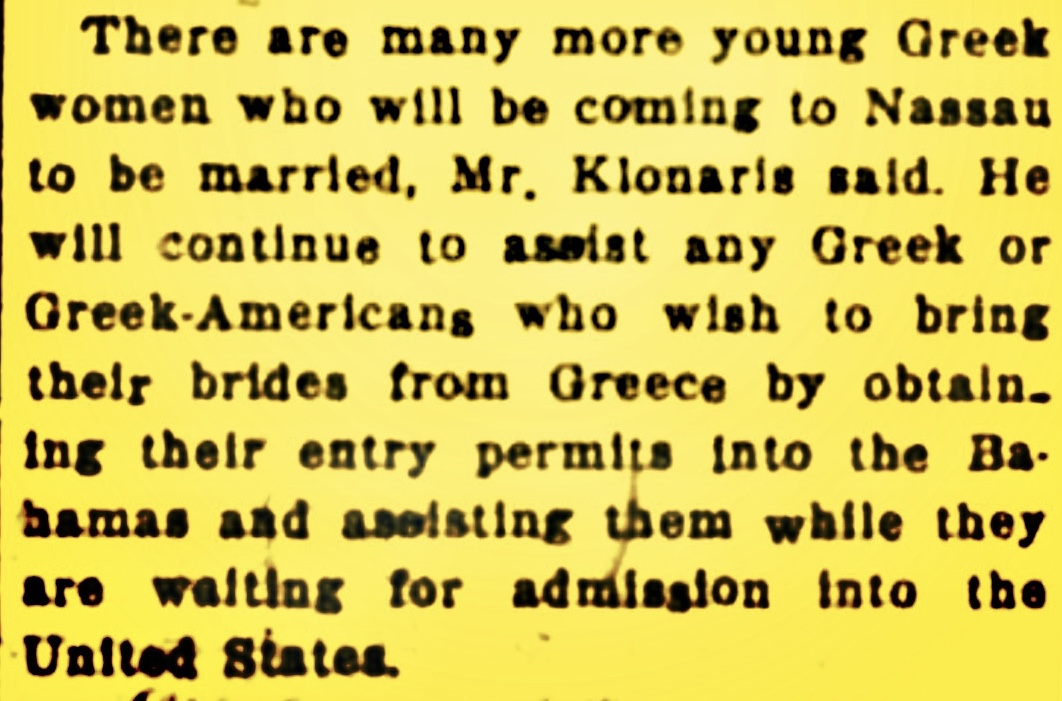 Hundreds of Arranged Marriages In Nassau To Get Greek Nationals Into America 1947, 1948, 1949 and longer 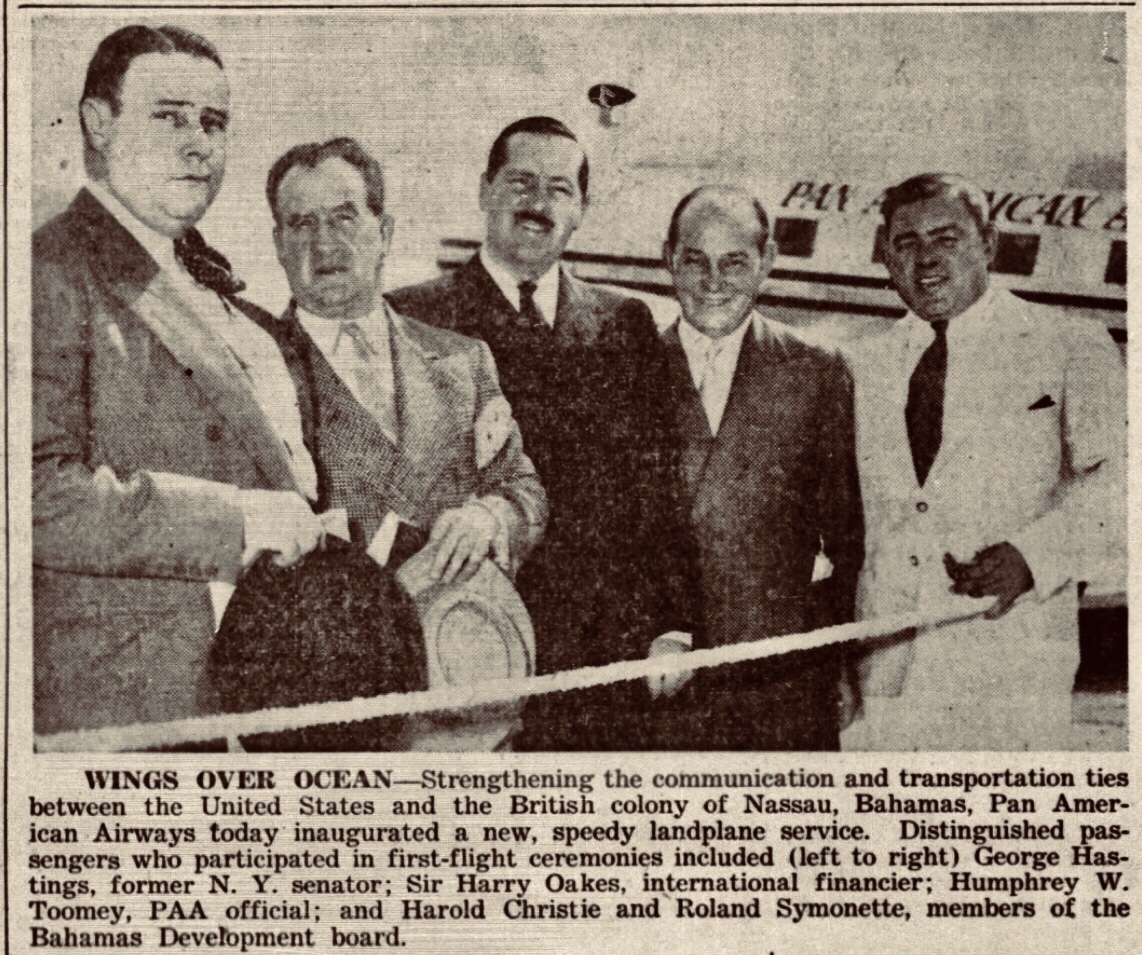