By 1864, slavery in the Bahama Islands, had only been abolished some 30 years. This was no time at all really. Thirty years, was short enough that long emancipated slaves, and their former slaveowners, could very well still be passing each other, on the main thoroughfare, that is Bay Street. It would undoubtedly be an indifferent encounter, but with the expected socially ordered pleasantries. On the other hand, thirty years was also long enough, to observe how the vagaries of life, could afford either a measure of luck, or a heaping of sorrow on the many.

One of those many was an African man named Sharper Montell. The other, was his former slave master, Francis M. Montell and his son, Francis T. Montell of Montell & Co. in New Providence.

Fate and Fortunes of the Slaveowners Francis M. Montell and his son, Francis T. Montell

In the thirty years after slavery, in the Bahama Islands, time was kind and fortune was profitable to the Montells. Father and son lived their three score and ten or thereabouts. They both died peacefully in their beds. Father and son passed from this world acknowledged, wealthy, accomplished and with many children to carry their name forward. This is all that any person could want for in the world.

Francis Thomas Montell left The Bahamas to make a new life for himself in Baltimore, Maryland and then Long Island, New York. In 1839, Montell was charged with the crime, along with several other men, of outfitting ships for the purpose of facilitating the slave trade.

By 1860, Montell took advantage of the American Civil War. He had a business exchange with Henry Adderley & Co. in Nassau, undoubtedly to facilitate blockade running, a very profitable business during the war.

In 1859, Montell paid for brigs to sail to little inhabited islands like Crooked Island, in order to procure guano (bat droppings over the centuries deposited in caves, in The Bahamas, which was highly sought after as fertiliser). These activities were done without licence or fee paid to the Bahamas government. The Brig Delta wrecked off Crooked Island. Lawsuits and counter suits between Francis T. Montell and the Brig Delta were filed.

A number of years after his death, the son, Francis Montague Montell, who was named after the grandfather and who became a police commissioner in Long Island, New York, oddly enough travelled to Nassau several times between 1900 and 1914. We can only assume, that this was because of inheritance or the way it’s called in the islands when the children come back to collect generation property, ‘he come back to see after his daddy things.’

OBITUARY OF FRANCIS THOMAS MONTELL 13th. May 1883. By 1883, Francis Thomas Montell’s slave owning past had been erased. He lived in cosmopolitan New York. Any links to this part of his and his family’s past would have caused ostracism in the new modern world he made for himself and family. Montell ended up a successful businessman and a member of the New York Produce Exchange.

Sharper Montell, former slave and slave driver of Francis M. Montell and son Francis T. Montell is interviewed by the Nassau Guardian and Bahama Islands’ Advocate and Intelligence in September 1864

The very first name on the 1828 slave return, of those slaves registered to Francis M. Montell, was Sharper.

Sharper Montell, as his brief, but colourful biography tells us, was once the slave driver, owned by one, F. T. Montell, Esq. After emancipation, Sharper would have customarily taken the last name of his master. Thirty years after slavery had not been kind to Sharper. His ‘head quarters’ was the hogshead he shared with his three pigs. Sharper’s garments were old gunnysacks.

Sharper said in 1864, he was once a slave driver. Slave drivers were a kind of overseer. They were charged with keeping the slaves in line, making sure they did their work, administering punishments and chasing after any runaways. Sharper probably wasn’t very popular in Grant’s Town in the years after emancipation.

“There is an old black man named Sharper Montell, whose garments are made of gunny-bags, and who prefers sleeping in an open yard in Grant’s Town to being pent up in a house at night. We paid a visit to his “headquarters” on Friday last, and found him feeding three pigs which he keeps in a sugar-bogs head. When it rains, we were informed by his neighbours, he changes places with the pigs, and sleeps in the hogshead, with a piece of shingle roof to cover him; but on fine nights he contends himself with a bed of gunny-bags, with nothing but the firmament above his head. Sharper is scrupulously honest, and will neither beg nor except charity.”

“He may be seen in the daytime between the Vendue House and the Market. We understand that he (like “Dirty Dick of Leadenhall Street,”) is very sparing of soap and water, and on Sundays he may be seen mending his suit of gunny bags, instead of going to Church. It appears that he was formally a slave driver in the service of F. T. Montell, Esq., and that a “disappointment in love” was the cause of his eccentric habits.” 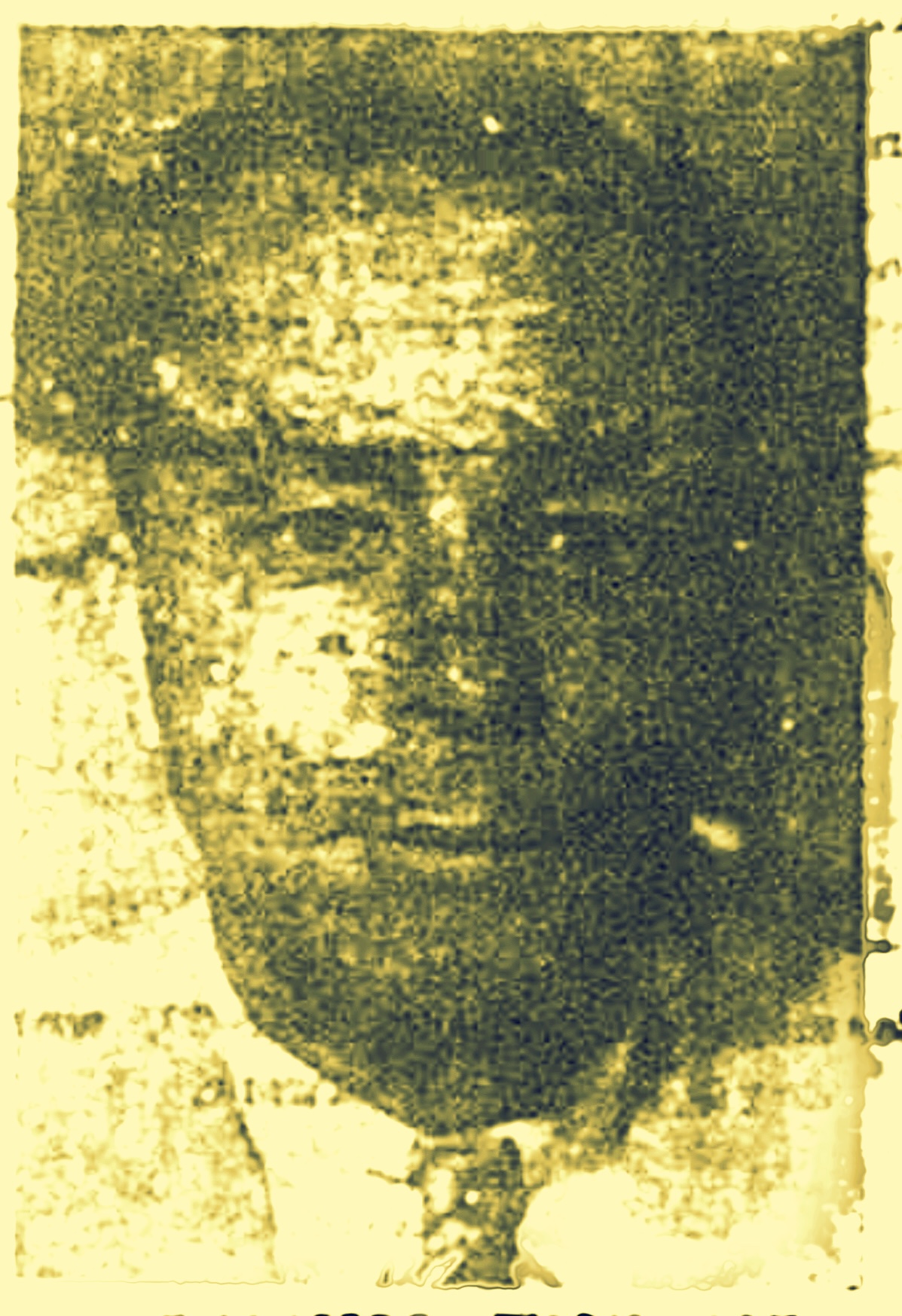 ‘Who told you that the Bahamas belonged to Bahamians?!’ asks A. R. Braynen in House of Assembly 1950