In August 1963, the United Bahamian Party (UBP) government, was caught off guard. A substantial national security threat was looming within its borders. A Haitian political party and rebel force had organised, under their very noses, in the poor negro areas of Nassau and the Out Islands. Their leader had declared himself and his intention to overthrow the Haitian government. To stop the Bahamas being drawn into internal violence or an international conflict, the UBP and Britain had to act fast.

Thousands had been fleeing Haiti since 1958 when Francois Duvalier seized power over the island nation.

By 1963, it was estimated that some 10,000 Haitian nationals had been living, largely undocumented, in areas across the Bahamas; but mostly on the capital island, New Providence.

Reluctantly, the Bahamas wasn’t where the vast majority of Haitians wanted to go. Many just settled for the Bahamas as they awaited the opportunity to be smuggled into the United States. At this time, America had firmly shut its doors to Haitians fleeing their home. Even if they managed to get to Florida, most were deported back to the last port of call.

What the Bahamas government did not understand then, was that a large number of those who were fleeing were ex-army, government military officers and members of Haiti’s secret police. They arrived in boats with others never disclosing their real identities or what they truly did before leaving their country. From 1959, a group of those who had left, from under the rule of Duvalier, had been recruiting others and secretly training for battle, in Nassau.

They were building an army.

A plan was slowly taking shape.

Their leader had been chosen.

The Haitian Revolutionary Party was 3,000 strong, in the Bahamas, by the time its leader, a school teacher named Dr. Clement Benoit, propitiously declared himself and his Party’s intentions.

Clement Benoit’s declarations about his revolutionary party in Nassau and his intentions for Haitian leader Francois Duvalier, was more than the British government in Nassau or the Haitian consul to the Bahamas could allow. News of the revelations sent shockwaves around the Caribbean and America. The risk that Benoit could turn his rebel group against the Bahamas became a national security nightmare.

Both the Bahamian government and British Governor to the Bahamas were taken by surprise in August 1963, when local French school teacher, Haitian exile, Clement Benoit gave a startling speech revealing that his Haitian Revolutionary Party, had managed to assemble a 3,000 strong membership, under the very noses of the Bahamian government. Their goal was to overthrow Duvalier’s government in Haiti, and to install their man, Dr. Clement Benoit, as president of Haiti.

This was all well and good if it was happening in Haiti. But it wasn’t.

Benoit and his cohorts were attempting to assemble an invading force, in a foreign country, whose government was completely unaware it was unwittingly assisting rebel forces.

In the 1960s, the Bahamas, was in a fight with itself over voting rights for women, economic parity between the races and gaining more government control from its British administrators in England. Building tourism, expanding casino gambling and drawing more foreign investment became overwhelming priorities for the UBP Bahamian government. It is little wonder why the goings on of fleeing Haitians, didn’t afford even a second thought to government or any local officials, in 1963.

Dr. Clement Benoit, a former Haitian Consul to the Bahamas, turned school teacher, gave an address to the Kiwanis Club of Nassau. In the inflamed speech, Benoit declared himself a rebel leader of a 3,000 strong army of rebels in the Bahamas under the banner of the Haitian Revolutionary Party. Benoit declared their intention to take down the government of Haiti by any means necessary.

In a matter of hours, then current Haitian consul to the Bahamas, Nestor Chevannen, demanded the Bahamian government deport Dr. Clement Benoit. The self proclaimed president in waiting to Haiti, was charged with engaging in revolutionary and subversive activities in the Bahamas.

Dr. Clement Benoit, former Haitian consul in the Bahamas claimed that 10,000 Haitians were living in the country. Upon arrival in the United States, after being ousted out of the Bahamas, Benoit tried to seek admittance for his 3,000 strong rebel supporters and Party members, assembled in the Bahamas.

Benoit claimed that “communists” had infiltrated Haiti. He also claimed that guns were being shipped into Haiti from communist Czechoslovakia.

25 of the 3,000 Rebel Army Benoit Said He Assembled Followed Him To Miami

The United States quickly refused to accept the Benoit’s followers. They were sent back to the Bahamas because that was where they sailed from. It was then up to Bahamas to return them to Haiti.

UNITED STATES RETURNS 25 HAITIAN FOLLOWERS OF CLEMENT BENOIT BACK TO BAHAMAS BECAUSE THEY HAD NO DOCUMENTS, NO POLICE RECORD AND COULD SHOW NO MEANS TO SUPPORT THEMSELVES

Her Majesty Queen Ophelia, Queen of the South Crowned in Nassau 1884 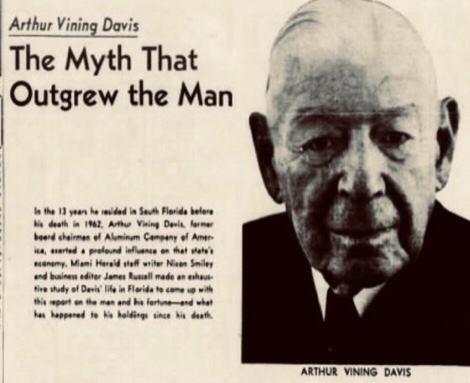 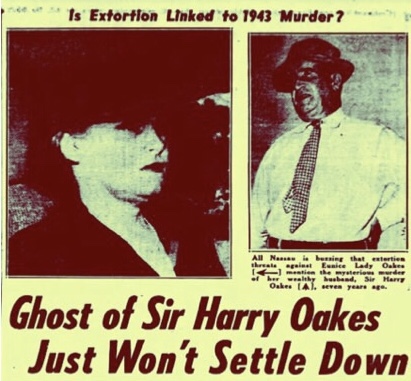 “Wasn’t Me. One White Man Did It” Said Negro Church Deacon Convicted Of Extortion Of The Widow of Sir Harry Oakes 1950