Majority Rule is far from being a perfect concept in political ideology. It is however, all that we have that, remotely mimics the high ideals of democracy.

Majority Rule, in practice, within political parties, however can be plagued with problems of autocracy. Leaders sometimes try to rule on their own. Those in power, under Majority Rule governments, can sometimes attempt to suppress political controversy by ignoring or silencing the will of the minority.

For the Bahamas, in terms of race politics, Majority Rule is still a relatively new practice in governance. Having achieved it only in 1967, it is still, very much, a work in progress.

“The Roosevelt interpretation of majority rule would put the long haul destiny of the nation at the mercy of the will of any transient majority whose hold upon power maybe brief; and it would enable any demagogue or buccaneer to get elected by sweeping majority on the basis of general promises and then propose any scheme, however wild and, if only he said it would produce what he promised, get by with it.    

Majority Rule does not mean this.”

Oddly enough, the very concept of majority rule, was not a settled political ideology, even as late as the 1940s. Power captured by the majority vote was not always the order of the day. The United States itself fought a Civil War in 1860 to enshrine this very doctrine, of majority rule, in its political system of democracy.

As time moved on, and the concept of majority rule was protested by decades of frustration, to be applied in majority populated black nations, the world was suddenly seized with fear and trepidation.

1978 – Of Jomo Kenyatta of Kenya and Majority Rule

When President Jimmy Carter paid tribute to the late Jomo Kenyatta, considered the father of Kenyan independence, reporters were quick to tear the tribute to shreds. One reporter called Jomo Kenyatta no champion of majority rule.

1986 – Of South Africa’s Prospect for Majority Rule and the Fear By Whites That Blacks Might To Them What They Had Done TO NATIVE AFRICANS For Two Centuries.

AUGUST 1937 – ARGUMENT ERUPTS OVER WHAT IS THE MEANING OF MAJORITY RULE WHEN U.S. PRESIDENT FRANKLYN ROOSEVELT ATTEMPTS TO RECONFIGURE THE UNITED STATES SUPREME COURT WHO ARE REPEATEDLY VOTING BY MAJORITY AGAINST HIS NEW DEAL INITIATIVES

The second inauguration of Franklin D. Roosevelt as President of the United States was held on Wednesday, January 20, 1937.

Roosevelt won a decisive victory, garnering the majority of votes, underpinning the political concept of majority rule. However, in 1936, Roosevelt, in his first term as president, was having substantial problems with the justices of the Supreme Court. By majority vote, with six justices over 70 years old, they were voting against key measures that underpinned Roosevelt’s New Deal plan.

After the court voted against a New Deal law, in the Tipaldo case, which had ordered a minimum wage be set for women and children in New York State, Roosevelt decided to take matters into his own hands.

“But early in June 1936, the court, by 5 to 4, struck down a New York state law providing a minimum wage for women and child workers. Laundry owner Joe Tipaldo, said the court, could continue to exploit female workers in his Brooklyn sweatshop; the state was powerless to stop him.”

“On February 5, 1937, Roosevelt shocked Congress, his closest advisers and the country by unleashing a thunderbolt. He asked Congress to empower him to appoint an additional justice for any member of the court over age 70 who did not retire. He sought to name as many as six additional Supreme Court justices, as well as up to 44 judges to the lower federal courts. He justified his request not by contending that the court’s majority was reactionary, but by maintaining that a shortage of judges had resulted in delays to litigants because federal court dockets had become overburdened.”

Roosevelt’s surprise unilateral action, brought critics who began to question this concept of Majority Rule and what it means for a nation.

“Sooner or later we must decide what we really mean by Majority Rule.”

Mr. Roosevelt raised the question anew in his Virginia speech by saying flatly that those who have opposed his program — presumably he meant, in part, those who blocked his attempt to bring the Supreme Court to heel — are seeking to substitute there will for the will of the majority, and he added, “majority rule must be preserved as the safeguard for both liberty and civilisation.”

But what does Mr Roosevelt mean by majority rule?  

“Mr. Roosevelt has made very clear on many occasions what majority will means to him.

If one will but read the lines of his interview with Arthur Krock of the New York Times last February and read between the lines of this Virginia speech, it becomes clear that Mr Roosevelt honestly believes that Majority Rule means that if a president is elected by a majority vote – especially as large majority as he received last November – then any device he may think up after election which, in his judgement, will further the general aims he talked about in the campaign should be concurred in both by Congress and the Supreme Court without question.

This is not and should not be the meaning of majority rule in a democracy.

The Roosevelt interpretation of majority rule would put the long haul destiny of the nation at the mercy of the will of any transient majority whose hold upon power maybe brief; and it would enable any demagogue or buccaneer to get elected by sweeping majority on the basis of general promises and then propose any scheme, however wild and, if only he said it would produce what he promised, get by with it.    

Majority Rule does not mean this.

Majority rule means that the sober second thought of the people as a whole must ultimately prevail against any and every force.

But majority will does not, or at least it should not, mean a blank cheque to leaders who keeps virtually every card of specific policy up this sleeves until after election.

That is what Stalin asks.

That is what Mussolini demands.

That is what Hitler insists upon.

That is not democracy.

That is not self-government.

That is not democracy.

That is not defensible Majority Rule.

This is government by substance by subterfuge and indirection   .” 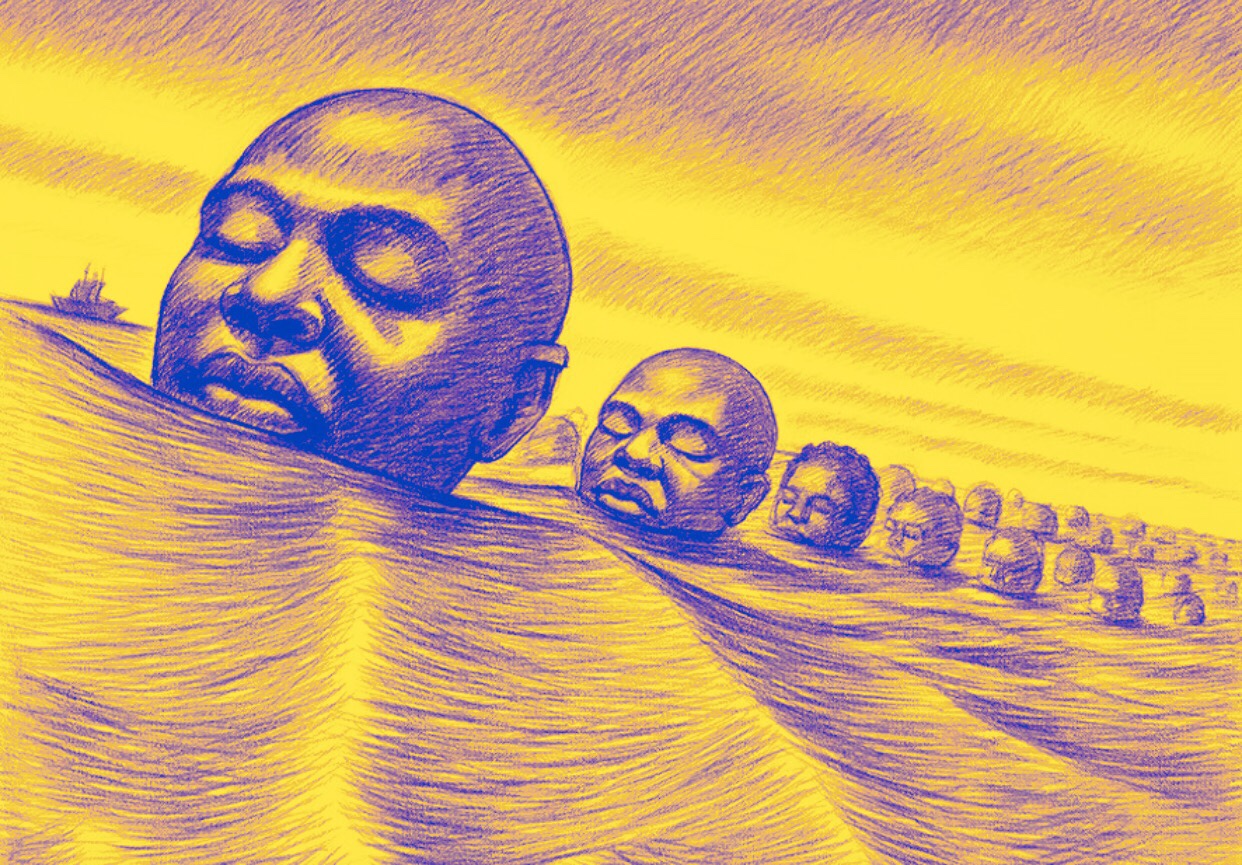 Blurred Lines between Business and Politics 1964