Well, that settles that. That, of course, being the long standing debate over what, and what was not indigenous to the Bahamas when Columbus stumbled upon its shores. Did the Lucayans feast on juicy yellow mangoes, or quench their thirst on watery watermelons, or roast hearty breadfruit pieces on a stick fire. Apparently not according to a letter from the 18th century. According to the letter, they were brought to Bahamas in the late 1700s.

In 1789, a letter from William Walker, Esquire appearing in the Pennsylvania Packet Newspaper of Tuesday 13 October, 1789 reports quite specifically new plants brought in from His Majesty’s Botanic Garden in St. Vincent to Exuma. Undoubtedly, plantings, after being established in Exuma, were taken to other inhabited islands in the Bahamas.

The letter also discusses waiting on breadfruit trees from “Otaheite” which will be planted in the Bahamas. “Otaheite” in 1789 was the early name for Tahiti.

“This gentleman, in a letter to his friend here, says, I have brought down from his majesty’s botanic garden in Saint Vincent, several curious and useful plants, which, excepting two or three, are all alive.—

Amongst those which have come safe, are the cinnamon, sago, gum arabic, Chinese Tallow tree, mango, bread nut, garlic shrub, African Lily, Spanish chestnut, ball apple or watermelon, with several others; and I am happy to inform you, that Mr. Anderson, the king’s superintendent of that garden, was momentarily expecting the arrival of a ship from Otaheite with a quantity of the bread fruit tree, of which he was so good as to promise me a part, to introduce it into the Bahamas.– This tree agreeing well with a dry soil, I expect it will be a most valuable acquisition to our planters.” 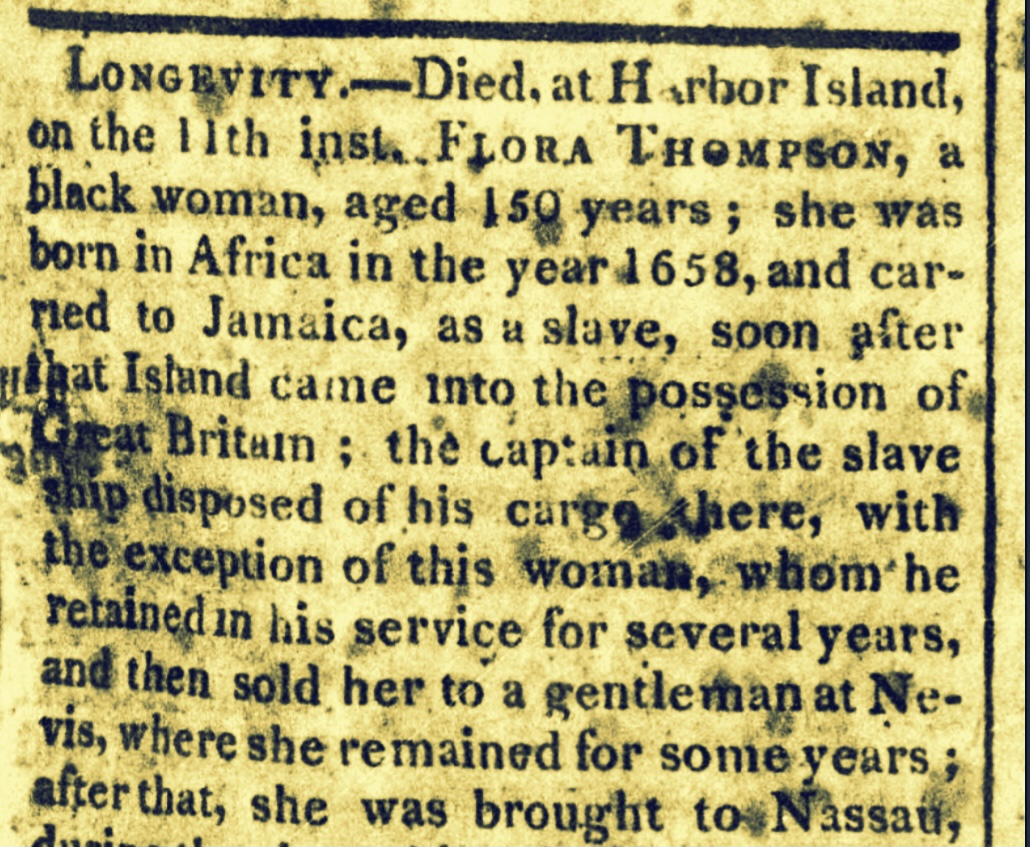