When the first seeds of “Bahamianization” were liberally sewn in the early 1970s, it was given the same reception as melted ice cream on a hot summer’s day. Hotly debated at the time, within the Bahamas, and internationally, by those who had business interests in the islands, the argument over the Bahamian skill set versus the expatriate skill set, continues to this very day.

In 1969, four years before national independence, “Bahamianization,” was built largely upon the mantra ‘Bahamian jobs, for Bahamian citizens.’ It was mostly seen to affect the negro population who were, for the most part, relegated to only certain types of jobs. “Bahamianization” was an ideal, a dream, an imagination that from the local employment supply, natives could fill necessary positions, in all levels of business and industry. This dream required the country to have a ready supply of skills, education, experience, and most of all, the desire, among its employable sector, to break that colonial, as well as, cultural glass ceiling.

From a letter appearing in the British publication “The Colonies and India” newspaper of November 3, 1894, we see words that could have easily been written in 1969.

The promotion of an expatriate over qualified Bahamians caused outrage.

Mr. Menendez, referred to in the letter to the Editor, was Mr. M. Raymond Menendez who was as Acting Stipendiary and Circuit Magistrate in the Bahamas for just two years (1892-1894).

The writer of the “A Bahamas Grievance” letter first took umbrage with the newspaper for referring to Menendez in a previous article as a Bahamian. The anonymous writer noted that his referral to Bahamas officials meant “natives only.”

Raymond Menendez had been promoted to District Commissioner in another British colony at the time, Lagos, Nigeria. The writer of the letter questioned why should Menendez receive such a promotion after only a few months in the Bahamas, when there were qualified Bahamians who could have filled that position.

According to the book The Early Settlers of the Bahamas by A. Talbot Bethel (pages 179-180), Sir M. Raymond Menendez (later made Sir) was given mention as an early settler despite being only briefly in the Bahamas.

Still trading off of his brief tenure in the Bahamas, another promotion for M. R. Menendez in Nigeria. 1897 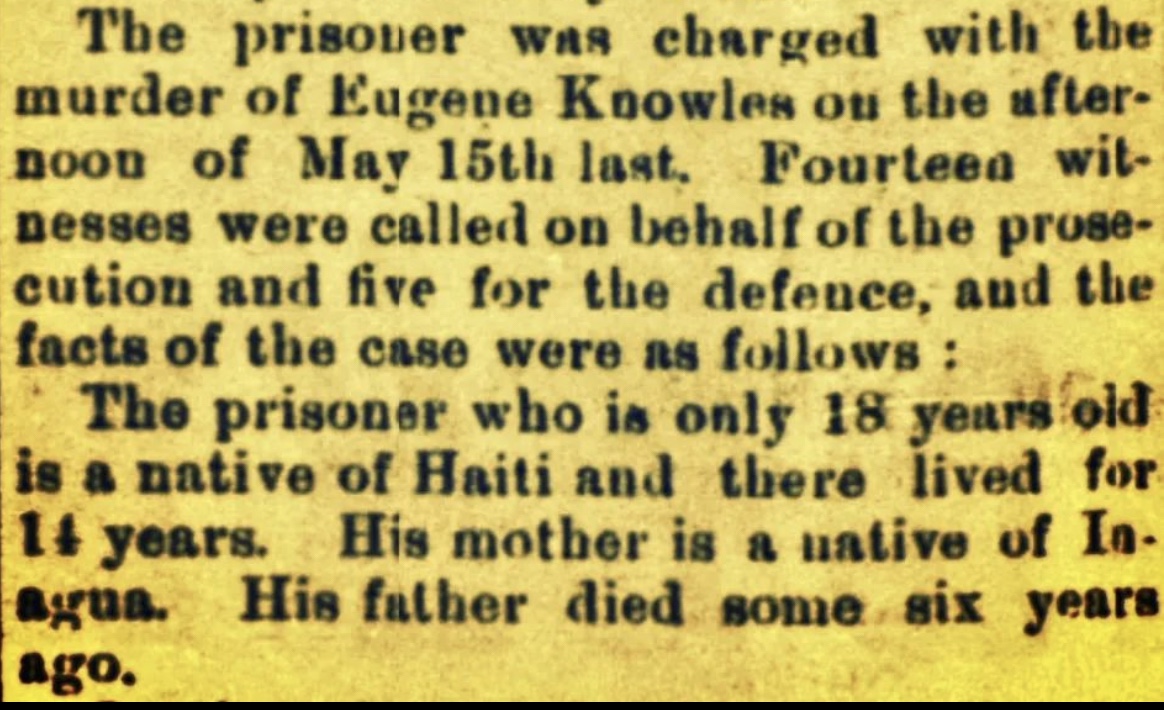