Bahamians traditionally don’t like the rain. They are spoiled by all the year round sunshine that often turns the sea water, from deep blue to turquoise. When it does rain, some take it as the time to stay in bed. Forget about work or going out, the rain might mess up people good clothes. This is probably what Constable James Munroe was thinking on the morning of January 7th, 1963.

“Police Constable James Munroe, 19, was convicted in the Magistrate’s Court on March 4 and find $14 for using obscene language on January 7. It happened like this: that morning it was raining and Munroe failed to appear for duty in time. Three police officers were sent for him in a car.

As Munro got in the car he cussed, they said.”

Stabbed near the water pump on Three Peas Road and Ferguson Street. It might have been a fight over who was going to pump water first, but mostly likely, it was a lover’s quarrel that ended tragically.

“Thirty-year old Dorothy Green, mother of three and a resident of Three Peas Corner and Ferguson St., was charged April 29 with the murder of Harcourt “Sleepy” Knowles on April 26.

Knowles 37 was stabbed to death near a water spigot on the corner of Three Peas and Ferguson. Green was arrested on the 27th. A preliminary hearing has been set for June 24.”

Many Bahamians today won’t know who Sir Victor Sassoon was but everyone knows about the annual Heart Ball which Sassoon started and still continues today.

During the 1950s Sassoon lived at his home on Cable Beach in Nassau. Late in life he married his American nurse, Evelyn Barnes (“Barnsie”), who remained in Nassau long after Sassoon’s death in 1961. Lady Sassoon continued to provide support for the charity founded by her late husband to help Bahamian children, by hosting the black-tie Heart Ball each year over the Valentines Day weekend.”

In April 1963, thieves broke into the house of Lady Sassoon ( Sir. Victor died in 1961) and stole jewellery given to her by her late husband.

“The home of Lady Sassoon of Cable Beach was robbed April 26 of jewellery valued at approximately $84,000. A reward of $2,800 has been offered for the arrest and conviction of the thieves”

When a girlfriend spat in her boyfriend’s face, he gave her a backhand slap which broke her jaw. He was fined $42.

“In the Supreme Court on April 5 it cost Marland Munro exactly $42 for breaking Pearline Green’s jaw with a “backhanded slap.” It all happened sometime ago in an argument when the former girlfriend allegedly spat in Munroe’s face.

Munroe was given 24 hours to pay or be sent to the Big House for six weeks.”

Bold as brass these robbers were in 1962. Yep, bold as brass. Setting up fake road blocks, kidnapping a bank manager and forcing him to open the Barclay’s Bank safe, on the sleepy island of Eleuthera, must have been an idea they got from the movies.

A. D. Hanna was the lawyer for the defence.

“Wilfred Culmer and James Pratt were convicted on February 26 of armed robbery and sentenced to ten years in prison, five years for breaking and three for stealing.

Last September the two men put up a roadblock on a dark road, near Governor’s Harbour, stopped the car of the manager of Barclay’s Bank, Rock Sound, held him and his assistant at the point of a rifle, took the keys to the bank, then went and robbed the bank of $72,800 in cash and $19,600 in US travellers checks.

They made their way to Nassau, but Culmer was identified by his fingerprints a few days later, and they were arrested.

A.D. Hanna, counsel for the men, gave notice that he intends to appeal to the Privy Council.”

The old Weary Willie Hotel was the sight of manslaughter in 1963.

“The body of Mrs Doreen Pyfrom, 30, was found in the abandoned Weary Willie Hotel Sunday morning. March 17. Neely Brown was charged with manslaughter in her death, and was released on $280 bail.”

Seven children left motherless, after mum is knocked down and killed by dangerous driver.

“Patrick “Peppy” Bell, 23, was charged with killing Meekly Capron in the course of dangerous driving March 15. Mrs. Capron was the mother of seven children. Bell, formally lived at Gregory Town, Eleuthera. A preliminary hearing has been set for May 16.” 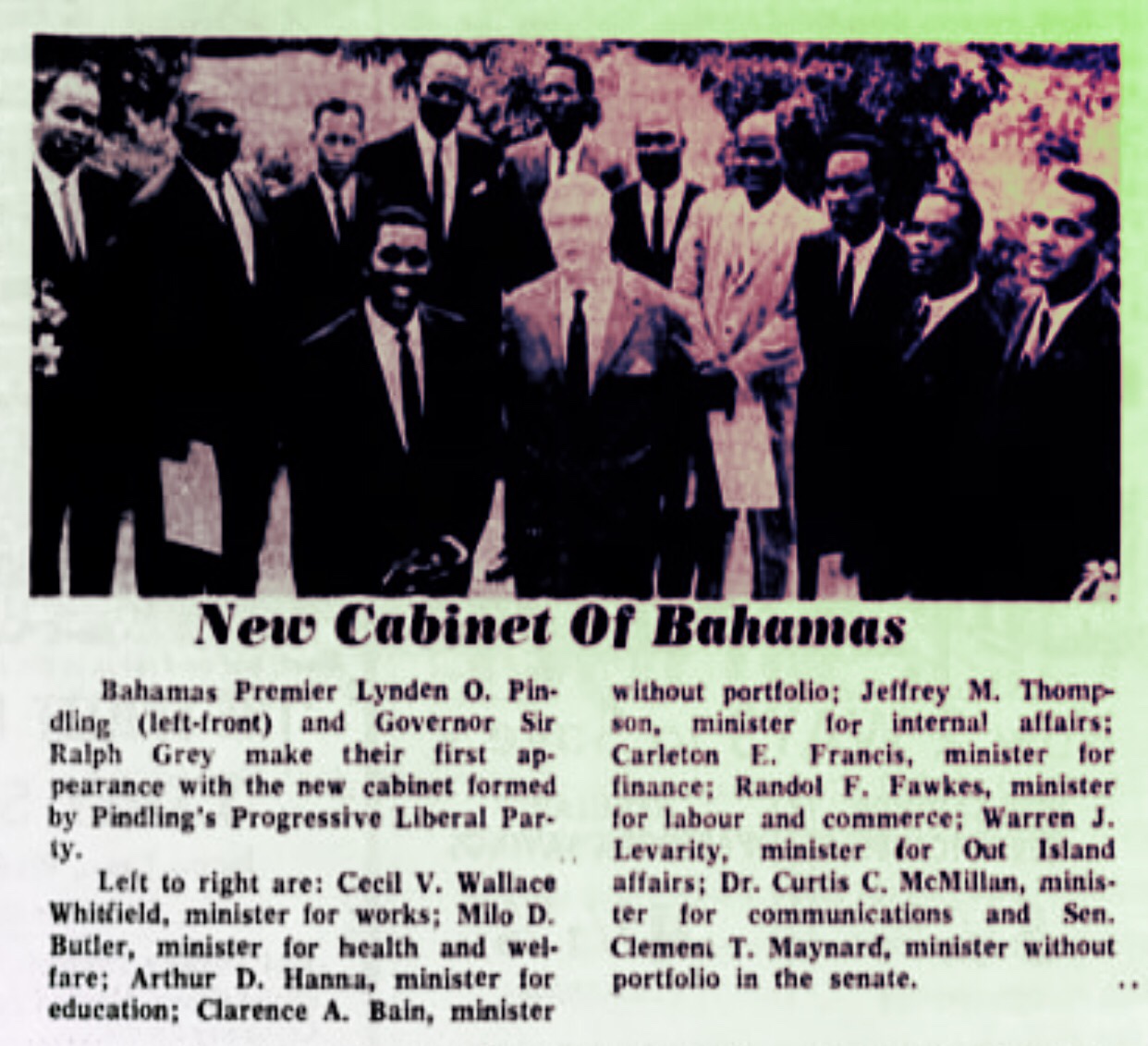