Nassau, the capital city of the Bahamas, has long embodied a unique charm which has beckoned writers, from all over the world, to its shores.  The 1940s was no different.  Observations of the people, their customs and the very nature of the place, no matter the origin or the writer, are strangely similar. The narrative is reflective of the times. It embodies a certain beauty and transparency.

In March 1947, an article appeared in a Kansas City newspaper, The Emporia Gazette.

“There are two worlds in old Nassau – one block and two centuries apart- and all that links them is song and a worn guitar.

The world of today lies along Bay Street, where rich visitors from New York, and London and Montreal drive by in the cushioned comfort of imported cars, society ladies shop in expensive stores for doeskin gloves and fine British pollens, and duty-freee Scotch is cheap at $5 a bottle.

The world of yesterday is on the native wharf a block away, where weathered sloops from the “out islands” come to market, guided by eh timeless compass of thrall seamen, the sun by day, the stars by night.

This is the Bahamian life that outlasted pirate raids and international wars, hurricane and tidal wave.

Each tiny boat is an ambassador for half a dozen families scattered in the islands, carrying the cocoanut harvest of one the mournful calf sent by another. The captain will get the best price he can, and bring back cheap yards of dress material, sacks of thick-grained salt, kegs of nails, sugar, canned goods-and spicy Nassau gossip.

The sailors crowd into the wharf bars to buy rum at twelve cents a shot or shoot the works on Haitian taffis –40 cents a bottle. Voices babble above the shrill squeal of a pig getting the knife across his throat in the long low butchering shed. Black old crones patiently sit waiting for someone to buy the straw baskets plaited through many days.

A drunken native with bloodshot eyes wobbles unnoticed through the crowd chanting to himself: “Ah’ll knock ebbed man down. Gon’ knock down ebbed man in duh who worl’.”

He stares befuddled at a pile of discarded rum bottles. The boatmen will buy them for a penny a piece and sail all the way to Haiti to sell them for two cents . A huge native policeman rides by on his bicycle, and the drunk mutters into silence.

The clatter of the marketplace dies. The sun sinks, and the tropic night swiftly wipes the red wound from the sky. Fires light up the open charcoal burners on the boats, and strips of conch flesh are laid on the rusted broilers.

A boatman picks up an old guitar and thrums it softly. Soft Bahamian voices join in the old island tunes, and laughter floats inward.

It is then the money tourists like to come down to the wharf and listen to the song and the guitar –and are linked for a moment with the strange islanders for whom life is a sea enchantment and poverty a long adventure.

While the song lasts the two worlds of Nassau are one.” 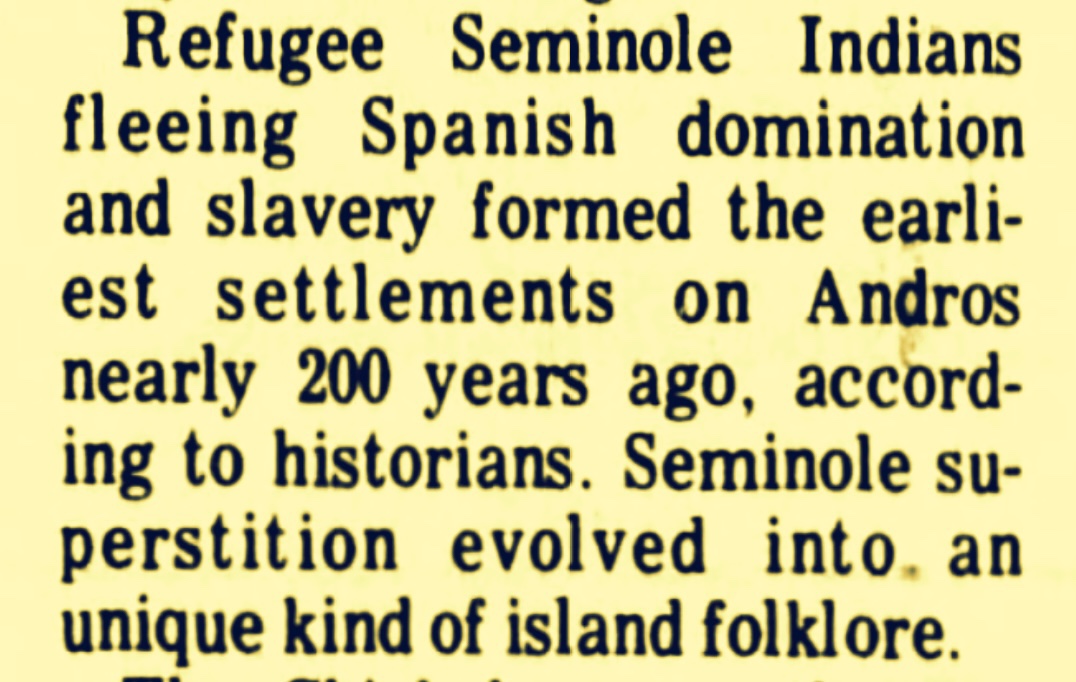 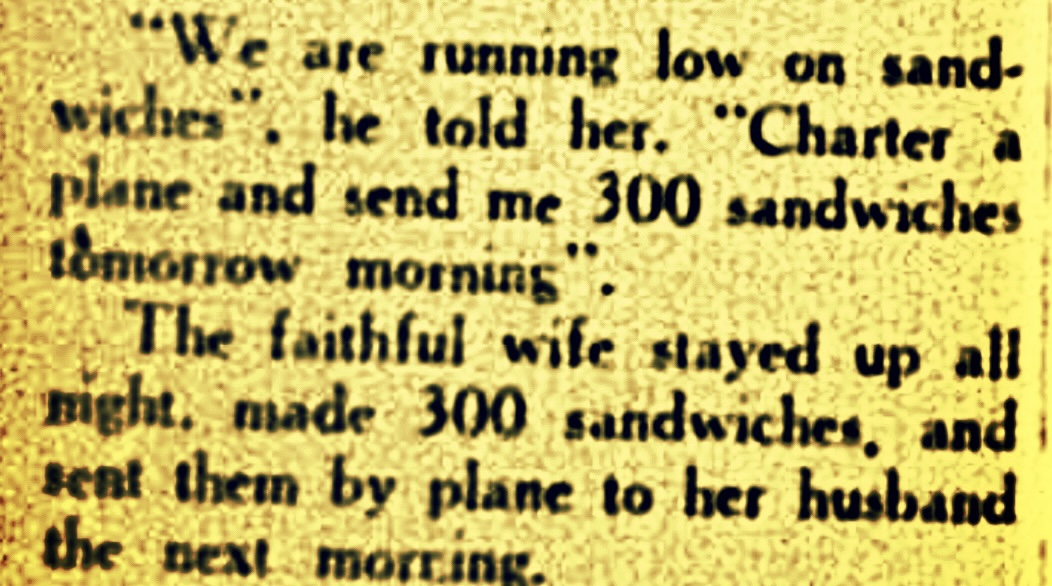 ‘Charter a plane, send 300 SANDWICHES’ as Whole Families and Dynasties Win Seats In 1949 House of Assembly