In 1944, the 110-year-old, Bahamas Friendly Society, under the leadership of W. E. Dorsett, began to pave a new road in Bahamian politics. Seeking to lessen the vice grip like control the white merchant class had on the voting system, W. E. Dorsett*, described as the “tall, raw-boned” Negro President of the Bahamas Friendly Society, helped to organise negro Bahamian societies in order to fund negro political candidates.

As well as funding negro candidates for the general elections, they also lobbied heavily for the “secret ballot” vote and created loan associations to help support negro families and businesses.

Where the impotence and ineffectualness of then Governor, The Duke of Windsor, against the white merchant class of Bay Street, showed that he was largely unable to bring any real change for negroes.

The Duke of Windsor unable and incapable of getting through to the merchant class could only threaten to resign. A resignation would have only thrown the white merchant class of Bay Street under a negative spotlight to Britain and its Prime Minister Winston Churchill. Neither of which needed unnecessary distractions from the war effort against Germany and the Axis Powers.

LONDON – (Censored) – The British Colonial Office here has denied the rumour published in certain American newspapers that the Duke of Windsor, Governor-General of the Bahamas, has threatened to resign and become an American citizen.

It is, however, reported that the Duke is dissatisfied with the obstructive tactics of the wealthy white merchants and businessmen of the islands, who are trying to prevent him carrying out social and educational reforms for the benefit of the black workers and other underprivileged groups.

The Nassau Royal Gazette states that the anniversary of emancipation day — first of August—- was celebrated with great eclat.

The Bahamas Friendly Society proceeded at 11 o’clock to Christ Church, where a sermon was delivered by the Rev. Mr Hildebrand.

In the afternoon the children connected with the Baptist schools in the place were gathered Bethel Chapel, where they were addressed by Mr Bannister, after which they then marched, attended by and large number of the Baptist congregation, to the Mission house yard, where after amusing themselves, they were regaled with tea and cakes.

Charles Sumner was born on this date in 1811. He was a White American politician and abolitionist.

He was from Boston, Massachusetts. Sumner, the son of a lawyer, was admitted to the bar after graduating from Harvard University in 1833. He developed radical political opinions and after reading An Appeal in Favor of that Class of Americans Called Africans by Lydia Maria Child, he became active in the campaign against slavery. Sumner also supported education and prison reform. Sumner joined the Whig Party but in 1848, he helped form the Free Soil Party. During this time, he legally challenged the segregated schools system in Boston.

In 1851, in a coalition with the Democratic Party, Sumner was elected to Congress, becoming the Senate’s leading opponent of slavery. After a speech Sumner made against pro-slavery groups in Kansas in 1856, he was beaten unconscious by Preston Brooks, a congressman from South Carolina. His injuries stopped him from attending the Senate for the next three years. In the secession crisis (1860-61), Sumner argued against any compromise and became one of the Congressional leaders of the Radical Republicans. During the American Civil War, he advocated that Black troops help bring an end to bring an end to slavery.

As chairman of the Senate Committee on Foreign Relations, Sumner used his political skills to prevent European intervention in the war. Sumner also opposed Abraham Lincoln’s treatment of Major General John C. Fremont, a commander of the Union Army in St. Louis, who had proclaimed that all slaves owned by Confederates in Missouri were free. Lincoln asked Fremont to modify his order. Fremont refused and was replaced by the conservative General Henry Halleck. Sumner wrote to Lincoln saying it was sad “to have the power of a god and not use it godlike” Sumner also disagreed with Abraham Lincoln over suffrage.

Sumner wanted all African Americans to have the vote whereas Lincoln favored partial enfranchisement. Sumner thought that universal suffrage would help the government, arguing, “the only Unionists of the South are Black.” Despite their many disagreements, the two men remained close friends. On one occasion, Lincoln told Sumner “the only difference between you and me is a difference of a month or six weeks in time.”

Sumner also opposed President Andrew Johnson, arguing in Congress that Southern plantations should be taken from their owners and divided among the former slaves. He attacked Johnson’s attempt to veto the extension of the Freedman’s Bureau, the Civil Rights Bill, and the Reconstruction Acts. Sumner urged an extensive program of economic aid, land distribution, and free education for freed slaves. In November 1867, the Judiciary Committee voted 5-4 to impeach Andrew Johnson for high crimes and misdemeanors.

The majority report contained a series of charges including pardoning traitors, profiting from the illegal disposal of railroads in Tennessee, defying Congress, denying the right to reconstruct the South, and attempting to prevent the ratification of the Fourteenth Amendment. At Johnson’s impeachment trial, Sumner led the attack.

He argued that: “This is one of the last great battles with slavery. Driven from the legislative chambers, driven from the field of war, this monstrous power has found a refuge in the executive mansion, where, in utter disregard of the Constitution and laws, it seeks to exercise its ancient, far-reaching sway. All this is very plain. Nobody can question it. Andrew Johnson is the impersonation of the tyrannical slave power. In him, it lives again. He is the lineal successor of John C. Calhoun and Jefferson Davis; and he gathers about him the same supporters.”

Sumner was bitterly disappointed when the Senate vote was one short of the required two-thirds majority for conviction. Sumner also criticized President Ulysses S. Grant for not doing more for Black civil rights. This upset senior members of the Republican Party and he was removed as chairman of the Foreign Relations Committee. Sumner lost all faith in Grant and in the 1872 presidential election, he supported his rival, Horace Greeley. Charles Sumner died of a heart attack on March 11, 1874.

Charles Sumner, an abolitionist in politics – The AFRICAN AMERICAN REGISTRY

1905 – HON. ALONZO P. B. HOLLY DISTINQUISHED HAITIAN CONSUL TO BAHAMAS RETURNS TO GIVE LECTURE ON RACE TO BAHAMA FRIENDLY SOCIETY

19-Year-Old Mary Gertrude Baker, A Negro Maid With Great Courage, Got A Lawyer And Fought Back 1951 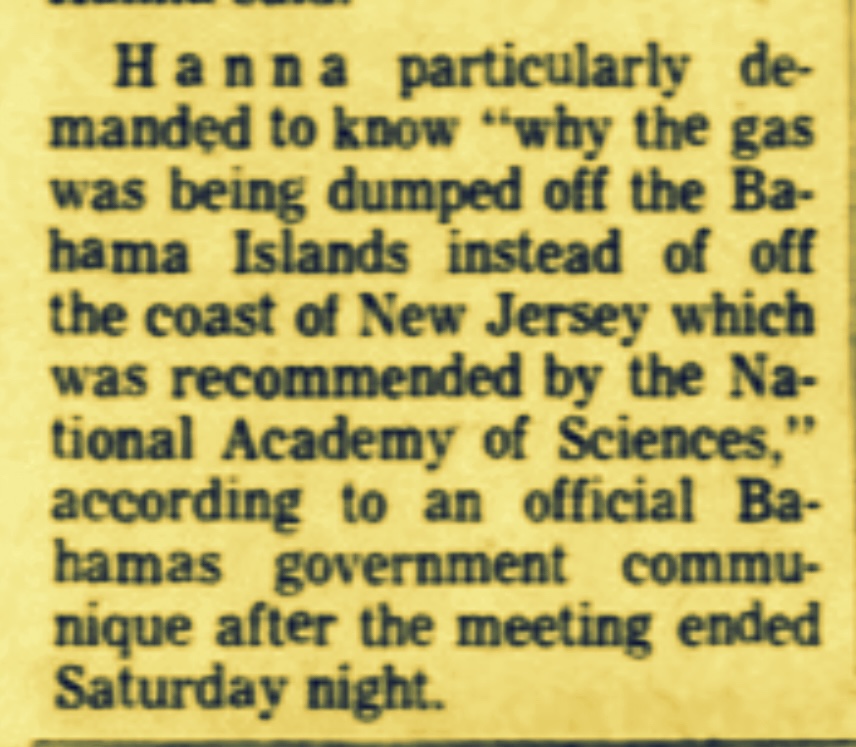