Jim Crow laws were a construct of the former confederate states. They were laws that enforced racial segregation in the southern states of America. Enacted by southern state legislatures in the late 19th century, Jim Crow continued to be enforced until 1965. What these laws mandated were a strict racial segregation, in all public facilities, in the states of the former Confederacy. Jim Crow evolved into a “separate but equal” status for black Americans, in railroad cars, beginning in 1896.

The advent of privately owned public transportation, in Nassau, began not long after the horse and cart made its exit, as the only mass transport option, in the islands.

For the Bahamas, if five people wanted to get to one end of the island from the other, at the same time, going to the same place, they jumped into a carriage or cart, and the horse pulled them.

Then the winter tourism season blossomed into an industry, and this helped to spur on this lucrative industry of mass transportation. Bahamians walked everywhere they needed to go, but tourists didn’t. They needed transportation.

The first taxi drivers were those lucky few who could afford automobiles. They started out as entrepreneurial, one-man band, carriage drivers.

As the 1930s and 1940s rolled in, it was inevitable that mass transportation options would arrive in Nassau. The population was increasing. Jobs were further placed on the island. Then World War 2 began and this caused gas rationing initiatives in all of the British colonies. It seemed as good a time as any to introduce a bus service.

All the industry just needed, was someone rich enough to afford to buy expensive industrial buses, and have them shipped over to Nassau to begin the new business of privately owned public transportation.

Of course, this enabled the government to curry favour as to who would be given the much coveted bus licenses to operate a mass transportation system.

There were lots of foreign people travelling in and around the Bahamas during the war years. From all the American workers, in Nassau, constructing the military airstrip in the area now known as Oakesfield, to tourists to visiting troops, to thousands of native residents, everyone now needed some reliable form of transportation.

The problem was, not everyone was allowed to sit together. This was an unspoken social rule.

A racial separation had long existed in the islands and now, it was about to be tested the same way it was tried and tested in the racist South. Separate but equal was the result.

Blacks and whites lived in separate areas, they went to separate schools and sat on different sides in the church. They were even buried separately, in different places, in the cemetery.

The question was, would the new operator of the bus system introduce outright Jim Crow laws on the buses?

Would the black labourer, be able to sit next to the white housewife of some New York winter tourist?

Everyone knew the answer to that.

It was definitely, no.

WAS IT JIM CROW BY OTHER MEANS IN THE BAHAMAS?

Blacks to the Back of the Bus via Economic Apartheid

In the United States, in the 1940s, especially in the Southern states, the era of Jim Crow was just getting its second wind. The tradition of racial segregation and discrimination, which began at the end of slavery in America, just wouldn’t die. Not only did it live, but its progeny were finding its footing in other places around the world, including the Bahamas.

The Nassau Tribune, in July 1942, wouldn’t dare print the name of the owner of Nassau’s new bus service provider. Nothing good would come from making enemies of the richest and most powerful people on the island.

But it had to say something, when talk around town became that Jim Crow would rule on the new bus system to be introduced in Nassau. Blacks would have to sit in the back of the bus just like in America.

Now, not many people know that it was Sir Harry Oakes, who was the owner of the new bus service. It only could have been Oakes or someone equally powerful to not have had their name printed as owner, in the newspaper article, of Monday July 13, 1942.

According to the Tribune there was to be no outright Jim Crow practiced. What was going to happen was that the new bus company was introducing different pricing.

There was going to be first class and second class bus tickets.

First class in the front of the bus, and second class in the back. Given that the Bahamas’ racial makeup was 80 percent black and these comprised the poorest in the country, it was almost a forgone conclusion, that economic Jim Crow was just the same as his big cousin, plain old Jim Crow.

We are pleased to learn from a person in authority that Jim Crow restrictions will not be imposed on the buses it is proposed to operate in Nassau in consequence of gas rationing.

Two buses have already arrived from Nassau for this service and they will be put on the run as soon as insurance can be arranged through London.

No schedules have been worked out so far, but it is understood that the buses will run east and west, to the extreme settled areas, several times, a day.

There will be two prices a first-class and second-class fare.

The difference in these fares should be sufficient to make this form of travel comfortable and agreeable for everyone using this service. 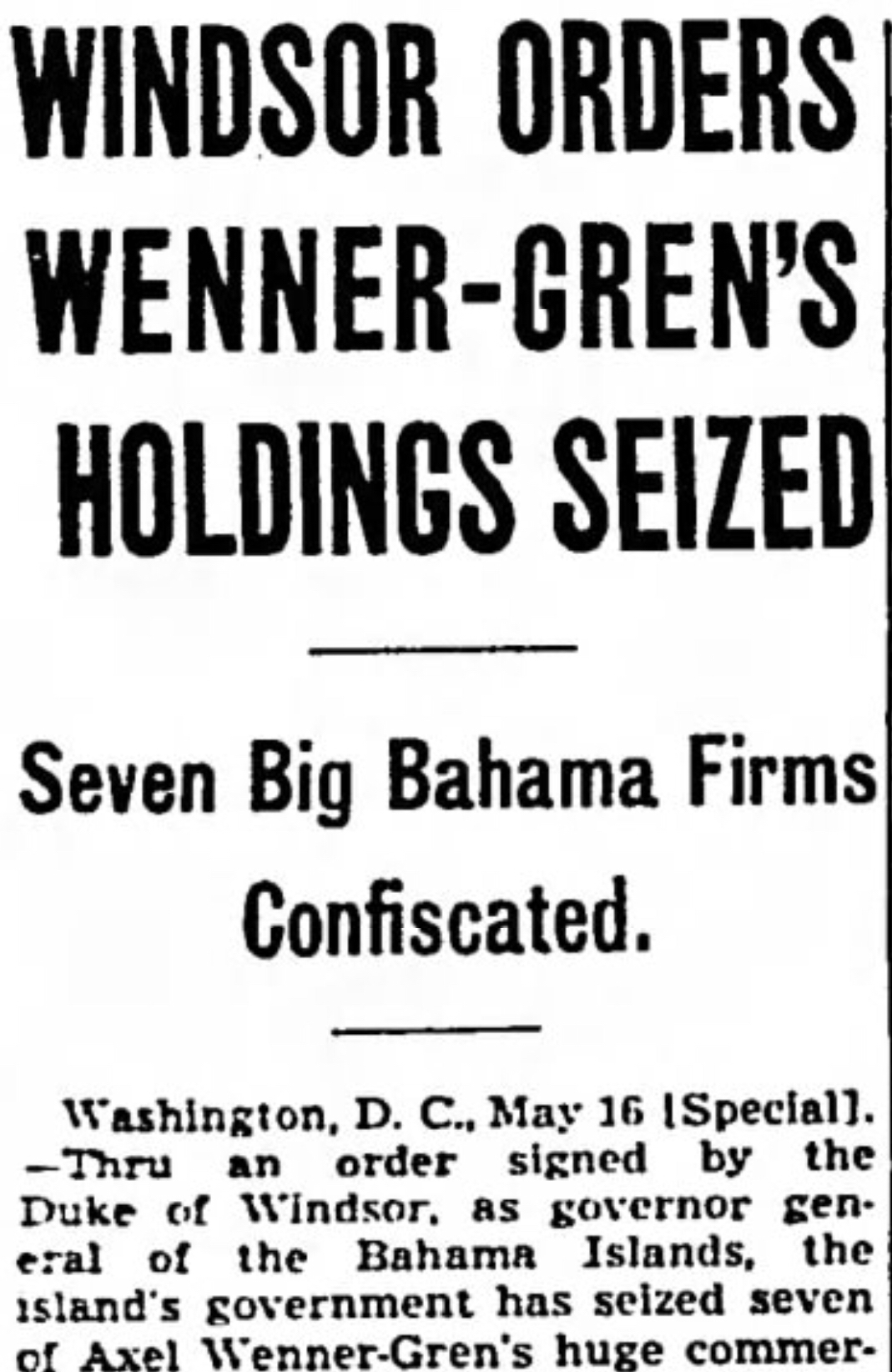