The Bahamas made its own unique contribution to the great economic and industrial revolution of Britain. It is not just forgotten history, it is unrecorded history.  The English covets the historical period of great economic expansion called the Industrial Revolution. Hundreds of thousands, left the fields and farms and backwater villages, for the big cities of London, Manchester, Birmingham. They left to go  to work in the new mechanised, large scale, production factories. This period took Britain from an agricultural economy to a manufacturing and service giant. What is not mentioned is that the raw materials produced in West Indian colonies, like the Bahamas, was there also;  but totally unaccounted for.

The Bahama Islands sent some of the very  raw materials that made the industrial revolution possible.

The islands sent the cotton!

This plantation set for public auction at Vendue House in Nassau on July 1791 had 200 acres, and forty of which, were planted with the white gold of the 18th century  – COTTON!

Will be SOLD without Reserve,

At the Venue House in Nassau,

The PLANTATION ON CAT ISLAND

Belonging to the Estate of the deceased Capt. John Clarke, contains 200 Acres, forty of which are planted in Cotton.

On the Plantation are a good Dwelling House, Kitchen, Cotton House and Negro Huts.

Conditions will be Declared at the Sale.

By Order of the Executrix,

Who was CAPTAIN JOHN CLARKE owner of the Cat Island plantation? – Captain John Clarke died on 11th April 1790 on Cat Island (originally named San Salvador) Bahamas. He was deceased at time of their daughter’s wedding on 8 Nov 1791. His will from the probate records, Bahamas Archives, Nassau, probated 7 July 1790 mentions him as a planter and requests a plain funeral with no unnecessary expenses. It mentions his wife, Elizabeth, and his daughter Mary are to divide the estate equally between themselves. Mary was to receive 1/2 when she becomes 21 or marries. If Elizabeth does not re-marry and Mary survives Elixabeth, Mary gets Elizabeths 1/2. It names wife Elizabeth as executrix and friends William Slater of Nassau, merchant; Andrew Baynes of Nassau, mariner; and David Zubley of Cat Island as Executors. Signed at Cat Island on 7 April 1790. Witnesses: Alexander Lorimer, John Morris, D. Zubley. recorded Book H., pages 365-366.

In the book, A Hundred Years of Economic Development in Great Britain (1840 – 1940) first published in 1940, chapter four outlines the growth of factory production in textiles. By 1812, Cotton, the white gold, was one of the biggest money making manufacturing sectors for Britain.

“Cotton spinning mush have been largely a factory industry by 1812, in which year, according to a Manchester employer in the trade, two-thirds of the cotton spinning then carried out wss accomplished by means of Crompton’s mule, which directly employed no less than 70,000 people.” (Jones, G.P. & Pool, A.G. (1940) A Hundred Years of Economic Development in Great Britain  (1840 – 1940) Duckworth & Co. p87)

“To feed the new and rapid machinery there were required immense quantities of rave materials, which both industries drew from abroad.” (Jones, G.P. & Pool, A.G. (1940) A Hundred Years of Economic Development in Great Britain  (1840 – 1940) Duckworth & Co. p.98)

An advertisement in the Bahama Gazette of 20th April 1815 shows that the cotton merchants and  the weavers of Manchester were eagerly looking to buy as much cotton as they could get from the plantations in the Bahama Islands.

The Subscriber having established a respectable connection with a Cotton Merchant in Manchester, are desirous of receiving Cotton from Planters and others, to be consigned there for Sale on their account; on the valuation of which liberal advances will be made or the proceeds vested in merchandize.

In 1799, the Association of Weavers was founded in Lancashire, England. It was made up of fourteen local unions. They quickly began to petition the British Parliament on the most pertinent issue, the regulation of worker wages. Some 23,000 workers signed a petition which was sent to parliament. This had limited success. Their organisational activities continued until February 1807 when another petition was set before Parliament calling for a minimum wage. This time the petition had 130,000 signatures. Parliament rejected it. The Weavers Association called for a strike. This in turn led to a strike by the weavers of Manchester.

Thomas Thorpe the advertiser in Nassau in 1815 may have been the weaver merchant Thomas Thorpe from Bolton, a town in Greater Manchester. Thorpe gave testimony in 1803 before a select committee on Cotton Weavers. Parliament was attempting to sort out the weaver’s grievances and the resulting strike. 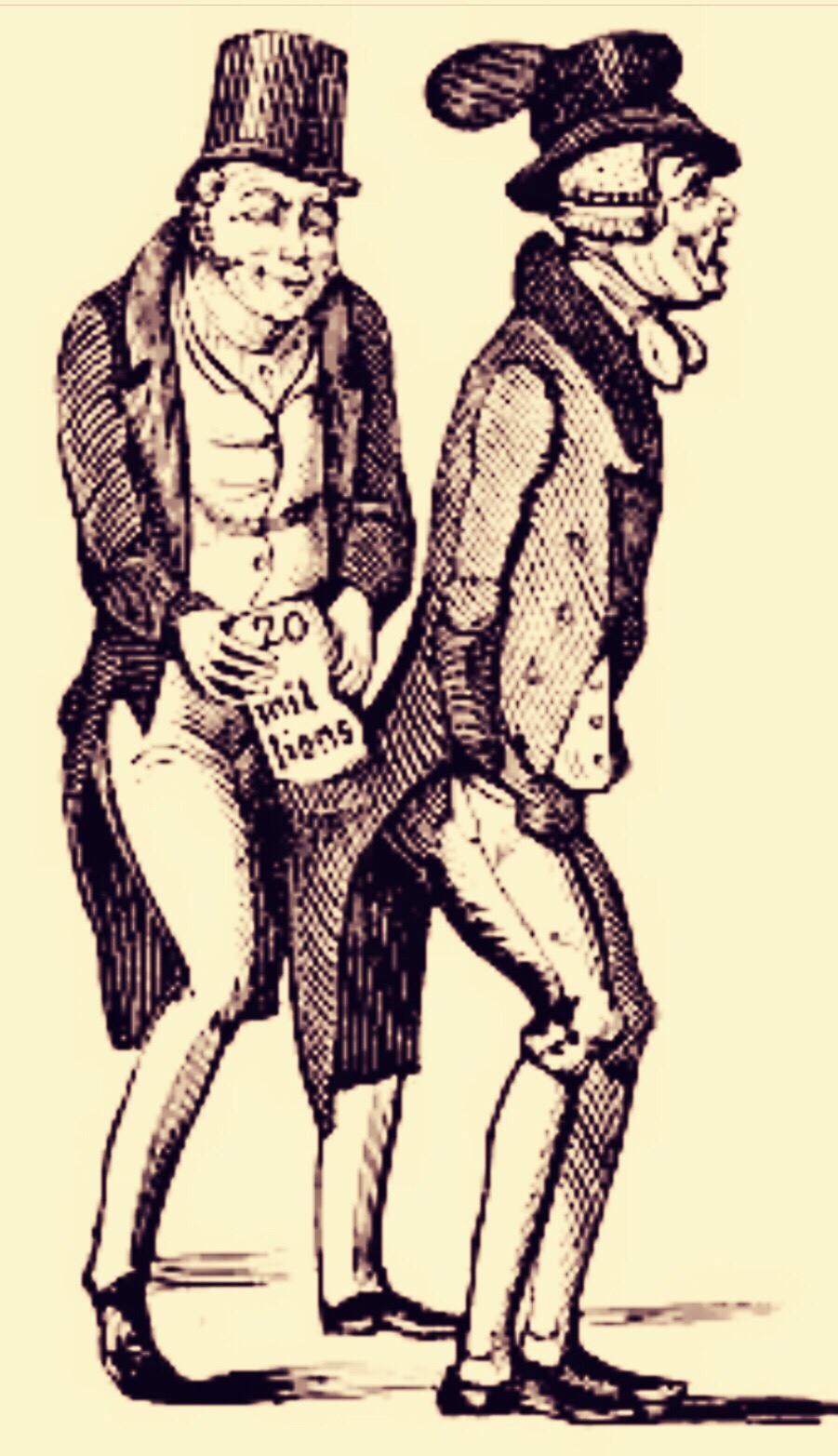