When a disgruntled worker, was fired from his job as a wagon driver at an ice house, in Miami in 1924, he decided to take the ultimate revenge on his boss. His boss was white and the labourer was a negro. He killed his former boss in cold blood. When this happened, the full fury of the Klu Klux Klan in Miami, was unleashed. In a matter of hours, they had been quickly organised into a posse, to hunt the killer down.

The hunt ended in a shooting and more murder.

Charles Roberts, also known as Charley Roberts was born in Nassau and therefore a Bahamian citizen and British subject, by birth. He emigrated to the United States in 1900 at around age one or two. He emigrated with his mother Matilda Roberts, a laundress. In 1903, they were joined by the husband and father Jacob Roberts. By 1920  his father, mother, as well as his sister-in-law, Charlotte Curry (emigrated 1915) all born in the Bahamas, were registered at immigrants living in Miami. The father Jacob Roberts was a labourer/street worker and could not read or write. Charles was registered as a labourer and wagon driver. There was also another brother, Ed (Edward) Roberts who had been living with them.

In the early hours of Thursday, 18th December 1924, Charles Roberts, then around twenty-five years old, went to the ice house where he had been fired from a week earlier. Roberts,  a negro, had been fired by his white boss, Milton H. Hall for showing up to work drunk. Harsh words were exchanged. Roberts was angry and threatened Hall and another white carriage driver over the dismissal. On the morning of the 18th December, at around 4:30 am, Roberts entered the ice house. He shot Milton Hall. The bullet entered his right side killing him instantly.  Roberts ran, but not before being seen my another negro worker at the ice plant. The worker identified Roberts as the shooter.

A posse was quickly formed, as news of the murder of the cold blooded murder of Hall, a white man, at the hands of a negro, swept through the news.  The first posse was organised by the 18 year old son of the slain man, Milton Hall.  The Klu Klux Klan of Miami joined in.

The posse found where Charles Roberts was living with his mother, father and brother. They surrounded the house which was in the coloured section of Miami on 712 N.W. 14th St.  When the posse surrounded the place, shouting out for Charley Roberts, his brother Ed. Roberts opened the door.  The posse said he came to the door with a revolver. They shot him. As he lay there mortally wounded, the posse went inside and shot Matilda Roberts, the mother of Charles Roberts. Matlida who was 71 at the time of shooting,  somehow survived.

Charles Roberts, though, had virtually disappeared. The slayer of his boss Milton Hall was nowhere to be found. A massive search for the killer was underway.

It didn’t take long for every south Florida newspaper to carry the story.

The hunt was on.

The KKK wasted no time in putting an ad for information in the West Palm Beach paper, later that day.

By the Associated Press

Miami, Fla, December 18, 1924 – Milton M. Hall, platform superintendent at the plant of the Southern Utilities company, was shot and killed early this morning by Charley Roberts, a discharged negro employee, who is being sought by the authorities.

Ed. Roberts, brother of the slayer, was fatally wounded when shot shortly after by a posse as he emerged from his house with a revolver. The house had been surrounded. Hall was shot in the side as he started to open the stable door. Charley Roberts was recognised as the slayer by a negro driver who saw the shooting.

No matter what happens to the mundane sphere, British diplomacy will be found on top.

Anyone wishing to communicate with the Klu Klux Klan should address K.K.K., West Palm Beach. All communications must be signed with full name and address to receive consideration. 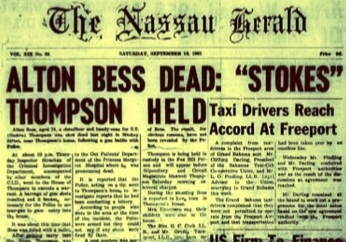 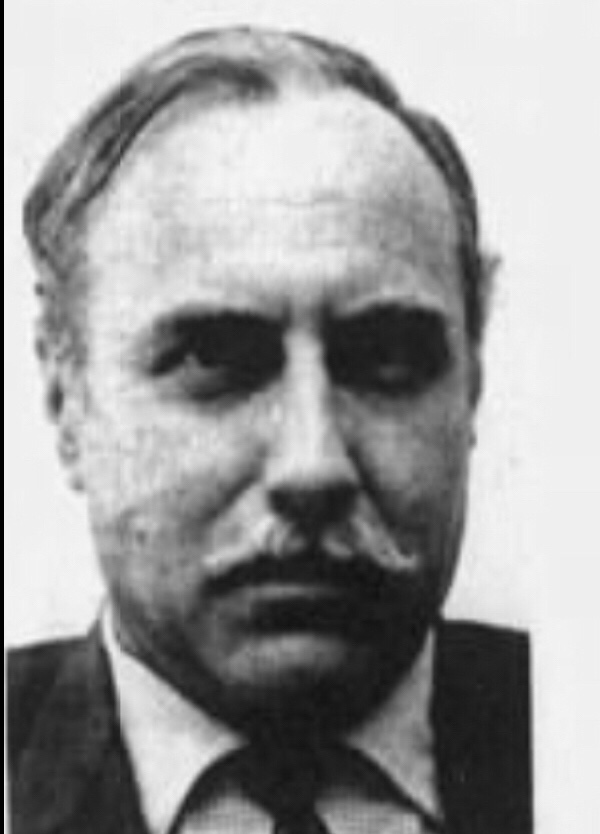 Bahamas Director of Information given death sentence in Haiti 1968