Arguably, there is one area of island life which has long been the unfettered domain of the white, and expatriate community of the Bahamas. As early as 1908, the humane treatment of animals, throughout the islands, has pulled at the heart strings, and the purse strings of the European in the Bahamas, like no other charity has.

Animal husbandry was something that England, the Mother Country, had unquestionably perfected. The care of animals for farming, meat, breeding, sport and work was something Europe had centuries of experience in.

For the Bahamas, however, many things impacted the expected care of animals. Principally among these factors were money, and of course, attitude. Owning animals was a huge expense that many at the time, despite deriving income from them, and being legally responsible for their welfare, spent very little on their upkeep. For many in the islands, the attitudes and attention given to animals was just not the same as it was in more developed countries. This was especially true of dogs and cats.

It is little wonder then that in 1954, a policeman, from all the way in England, was hired as an animal inspector.

From the early 1900s, there was a concerted effort in the Bahamas, to bring a necessary focus to an important part of life in the islands. Animals! The four-legged, two-legged, finned and feathered inhabitants of the islands were largely forgotten. They were used, eaten, worked, raced, harvested, fished, exhibited, then rudely discarded when their usefulness had been achieved.

The “Dumb Friends League” of 1908, was an early precursor to the Bahamas Humane Society. The League tried to encourage better treatment towards animals, principally work animals, horses and mules, by underwriting a membership Association as well as, contest parades for handlers of “dumb animals,” as in those who cannot speak for themselves.

The Annual Bahamas Humane Society Ball of 1941 attracted, as in years before, and after, the international rich and the rich of the Bahamas.

In 1941, the annual ball was held in Jungle Club with the Duke and Duchess of Windsor, arriving fashionably late at 11p.m. in attendance. The Bahamas Humane Society Annual Ball was a primary fundraiser for the organisation which brought a measure of international focus to plight of animals in the country.

In 1954, with apparently few or none qualified Bahamians to hand, the Bahamas Humane Society hired an animal inspector from all the way in NorthHants, Hampshire, England. Of the time, this is not surprising.

What is interesting about Peter Smart is his background. Smart had no veterinary or animal husbandry experience listed, but he did have an extensive military and police experience. In 1954, the focus must have been on the stern enforcement of animal care laws than anything else. 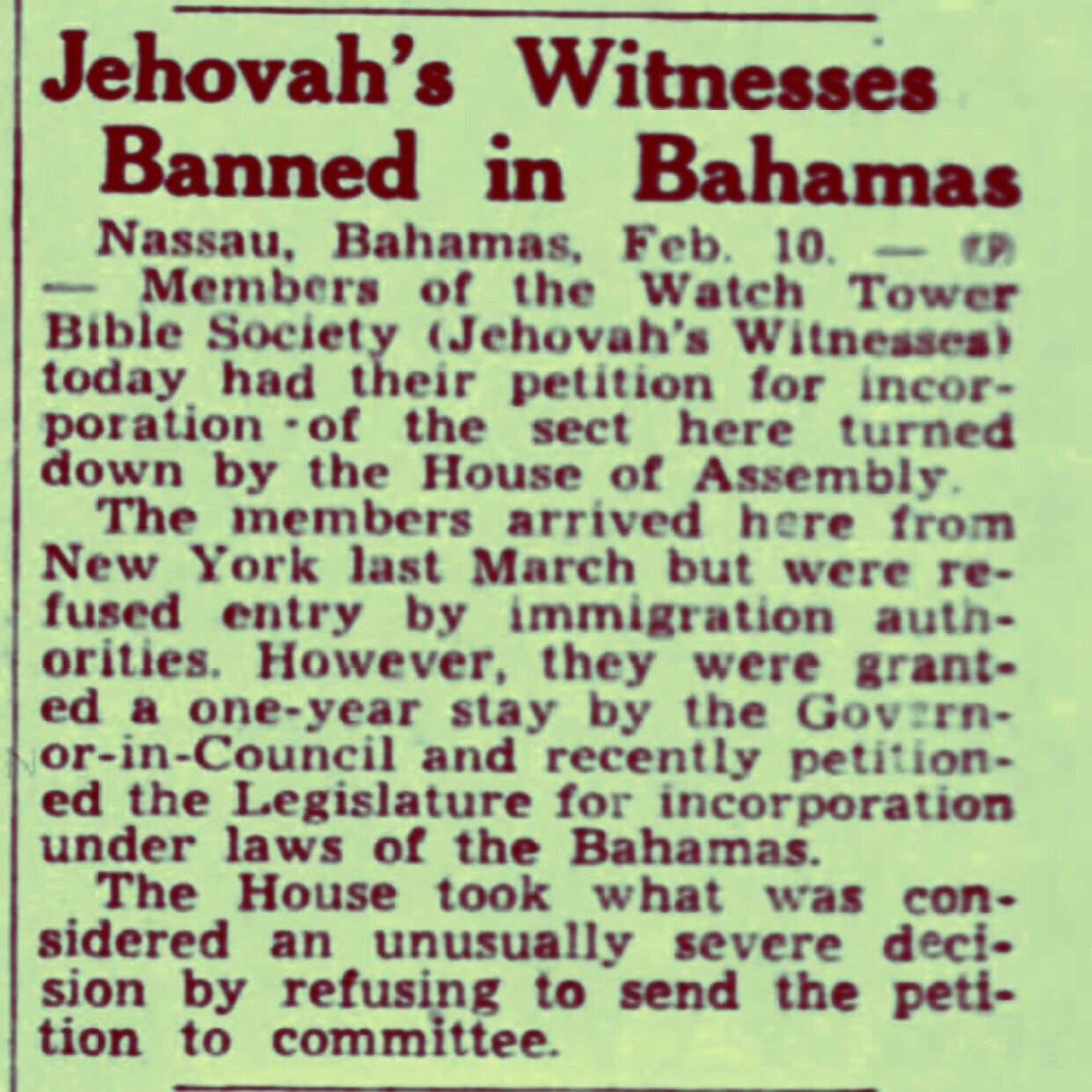