Long before the present day debates about the public dump, recycling, preserving the environment and climate change; the haphazard throwing away of private and commercial junk and garbage had began to take its toll on the aesthetics of New Providence.

By 1963, the problem of garbage and public littering, has begun to blight Bay Street, as well as the streets in neighbourhoods across the length and breadth of New Providence. The problem was so big that the Chamber of Commerce sought the assistance of the Commissioner of Police to help them in the battle of the problem of garbage in Nassau.

Traders Plan To End This

A big clean up of Nassau Streets and open spaces is planned by the Chamber of Commerce, Chamber President David Lightbourn has announced.

Speaking at the Chambers monthly luncheon meeting at the Montague Beach Hotel, he said that “an efficient and effective committee” has already been set up.

He told the members that it was time for the Bahamas and other residents to tackle the serious problem of litter and dirt which exists on the streets and open spaces.

The committee, Mr. Lightbourn said had already sent deputation to the Commissioner of Police, to seek his help.

They were told they would get support to tackle the job.

“We also learned the good news that there is a law which makes the dropping of an object an offence with fine of £20,” he added.

The committee wants more garbage containers put up and stickers urging people to use them put on the containers and also on car fenders.

“What we want is a motto,”  said Mr Lightbourn, “At the moment we suggest it be “Keep Our Island Clean.”

He said that the average citizen drops litter because of utter carelessness and habit, “And it is the habit that your committee intends to break,” he said.

Mr. Lightbourn also appealed for other Chamber members to come forward and give ideas for the campaign.

After the meeting, Mr. Lightbourn told the Guardian: “We are still waiting for several things but we mean to make this something big and bring it to everyone’s attention.” 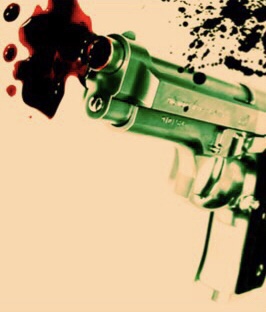