Independence debt or Separation debt, however one wishes to call it, historically speaking, meant that territories were forced to pay for their political and economic freedom. This was not uncommon. Just reaching into popular Caribbean history, both the Dominican Republic and Haiti had to pay independence debts to secure their economic freedom from Spain and France, respectively. What is uncommon however, is the history of one small island nation exacting a freedom debt from another small island nation, as in the case of the Bahama Islands and Turks and Caicos.

Independence or Separation Debt, was essentially compensation demanded for loss of property, loss of future revenue, war reparations or the breaking of lucrative political ties to valuable territory. In 1848, The Bahamas Legislature voted to accede to Turks Island’s request for independence or separation from the Bahama Islands. For this, the Bahama Islands would only grant the request based on the fulfilment of certain demands. The demands were onerous.

In 1799, the Turks and the Caicos island groups were annexed by Britain as part of the Bahama chain of islands. Some forty odd years later, by the mid 1800s, Turks Island had become a vital source of salt in the region. However, the relationship between Turks Island and the Bahama government, in Nassau, became acrimonious. Revenues from Turks’ salt ponds were substantial, as the salt was sold in America and Europe, as well as, used domestically for preserving meat and fish. However, all of this salt revenue was controlled and distributed in Nassau. Turks Islanders soon began to feel that this arrangement was too onerous and unfair.

Turks and Caicos was originally called Grand Cay and Salt Cay. According to a list of Acts passed by the General Assembly of the Bahama Islands, published in the Royal Gazetter of January 1809, the name Turks was a colloquialism attributed to these islands. This colloquialism eventually became the formal name Turks Island and then Turks and Caicos. —-The Royal Gazetter and Bahama Advertiser 4th January 1809

The Legislative Assembly in Nassau controlled the collection and disbursement of all salt revenue from Turks Island. Those on Turks Island took umbrage to this fact that their economic fate was controlled all the way in Nassau, by men who did not seem to understand that Turks needed more of the revenue made from its salt, invested there and not in Nassau.

By 1847, the Bahama Assembly had passed new tariff laws, reducing the export duties on Turks Island salt. This was in an attempt to increase sales in America. As this was implemented, the Bahama Assembly increased the import duties on items coming into Turks Island as well as fees on any trading vessel landing there. The result of these measures left the people on Turks Island, on the verge of starvation, as they were 100% dependent on imports from America. All food, materials and supplies, coming into Turks, came from imports. With the new tonnage charges and import duties, small vessels carrying supplies were no longer stopping at Turks because it was unprofitable to do so. Turks Islanders of Grand Cay took their grievances to the international press.

Our market is quite destitute of all kinds of supplies. There is not a barrel of flour nor a bushel of corn to be purchased. Three of our island craft have proceeded to Porto Plata, for fruit, the only succeedaneum to the more substantial articles of food. We are tantalised to see merchantman passing by our roadstead laden with every commodity for markets south of us. But we are consoled with the idea that positive famine can hardly overtake us, whilst some one of these passing vessels might be induced to relieve us, at least from the worst extreme.

It might naturally be asked by any one of unacquainted with the facts, “Why do not these vessels touch at your port without solicitation, if your wants are so great?” The answer is simply this – our market is a limited one, too limited for a vessel of moderate size to break bulk for, when together with all other charges, a double tonnage is incurred by the landing of a single article for consumption.

“But why do you submit,” it is rejoined, “to such a grievous suicidal revenue imposed?” Because we have, comparatively speaking, no legislative control, neither in providing nor in appropriating our revenue; nor shall we ever have, so long as this extreme eastern portion of the colony is subject to the legislative authority of the Nassau government.

That this done for us by others of different interests from ours, and who are too remotely situated – granting them the disposition – properly to legislate us; by others who luxuriate not far from the Gulf of Mexico, whilst we are here scarcely vegetating and nearly opposite the eastern half of the Caribbean Sea, feeding on the fruits and succulent products of St. Domingo, which are nevertheless imported under the usual restrictions of our commerce. In the foregoing statement and explanation of found the prominent causes of our sufferings and discontent; when shall we have to announce a change in our political condition?

It is a mistake that the export duty on Turks Island salt has been taken off, and equally so if it is supposed that these islands are “steadily advancing in prosperity, in consequence of any legislative measures.” The duty on salt has certainly been reduced from 1 cent per bushel to 5 per centum ad valorem. The true state of the case is, that we have been benefited by the change in the American tariff, which has reduced the import duty in the United States from 10 1/2 or $.11 per bushel, the ad valorem average at the moment of the alteration, to about 2 cents, the present rate.

We speak the united sentiment of the Turks islanders, when we say that the advantages of the new Bahama amended revenue act has been more than counterbalanced by its disadvantages; or, to speak more to the point, that the benefit of the reduction of the export duty on salt has not been equal to the injury our commerce has sustained, by the imposition of an extra tonnage, payable by vessels bringing any article for consumption; the last a most extraordinary provision, when it is considered that our very existence depends on the importation of every article we eat, drink and wear, with an exception of so trifling as to be unworthy of mention.

On Tuesday evening last the brig New Englander arrived from New York with a few articles of provisions. – The flour bought by this vessel sold by auction at $16 1/2 dollars per barrel. The next day the Porsenna entered from Porto Plata with flour; since which the brig Arve, 13 days from New York, has come to our relief with provisions, bringing intelligence of the sailing of the brig Cleopatra for these islands with supplies. Salt has been sold in New York, deliverable in August, at 35 cents. – The price of provisions was receding in the United States to former rates.

We never had a better salt season. Many persons are unable to gather the salt fast enough for the season, which is in advance of them for the want of labour. The price of our staple is likely to fall as the summer advances – its present rate is 9 cents. Our market is nearly destitute of all kinds of supplies: flour of inferior quality is selling at $14: in a few days, if none arrive, no provisions of any description will be had on the two Cays.

1847 – Mr. Misick senior representative for Turks tables resolution, asking for separation from Bahamas control. —- The Daily News, Friday 9th April 1847. —- In 1848, Queen Victoria granted a separation from the Bahamas and introduced the Presidency system in Turks Island. In 1849, elections were held under this new system to fill four seats in the new Legislature. There were only some 250 settlers who were qualified to vote.

The first and principal act of the Colonial Statute Book of this year, is one to authorise the separation of the Turks Islands and Caicos Islands from the Bahama government. This was advocated and adopted, principally on the grounds alleged of the justice of permitting the surplus revenue arising at Turks Islands to be spent in that portion of the colony. The distance from Nassau prevented ado acquaintance by the authorities there of the wants of the former. The measure passed the Bahama legislature, not without opposition, and the act is in operation from the 25th December, 1848. The supposed annual loss to the Bahama revenue from the separation, has been estimated at about 2000L.

Turks Island had two representatives in the Bahama Assembly. In 1847, there was a Mr. Misick and a Mr. Arthur. Mr. Arthur was moved to the Legislative Council on the death of Hon. J. Storr.

1848 – Turks Island must pay £8,000 in Independence Debt to Bahamas Government

The Bermuda Herald mentions that the bill for the separation of Turks Island from the Government of Bahama Islands has passed the Legislature of the latter. This (it observes) will no doubt be highly gratifying to the Turks Islanders as well as to many persons in these (Bermuda Islands), who feel interested in their welfare. The time allowed for the payment of the debt of £8000 to the Bahamas government is 16 years instead of four, as was first intended by the bill. Turks Island is now, or shortly will, therefore, become a dependency of Jamaica —- The Charleston Mercury, Wednesday, 21 June 1848

Turks Islands did not become a dependency of Jamaica until 1873, some 26 years after its independence from the Bahama Islands.

In 1848, Queen Victoria granted a separation from the Bahamas and introduced the Presidency system in Turks Island. In 1849, elections were held under this new system to fill four seats in the new Legislature. There were only some 250 settlers who were qualified to vote. It was not until 1873, 26 years after elections were reintroduction in 1849 that local elections were abolished when the Islands became a dependency of Jamaica.

May 18, 1849 – FIRST INSTALMENT OF TURKS ISLAND INDEPENDENCE PLUS INTEREST PAYMENT

It must be noted that the loss of the Turks Island salt ponds revenue officially in December 1848, began the interest in Inagua and its salt ponds. Long Island was also a salt producer at this time, but not on the scale of Turks Island. 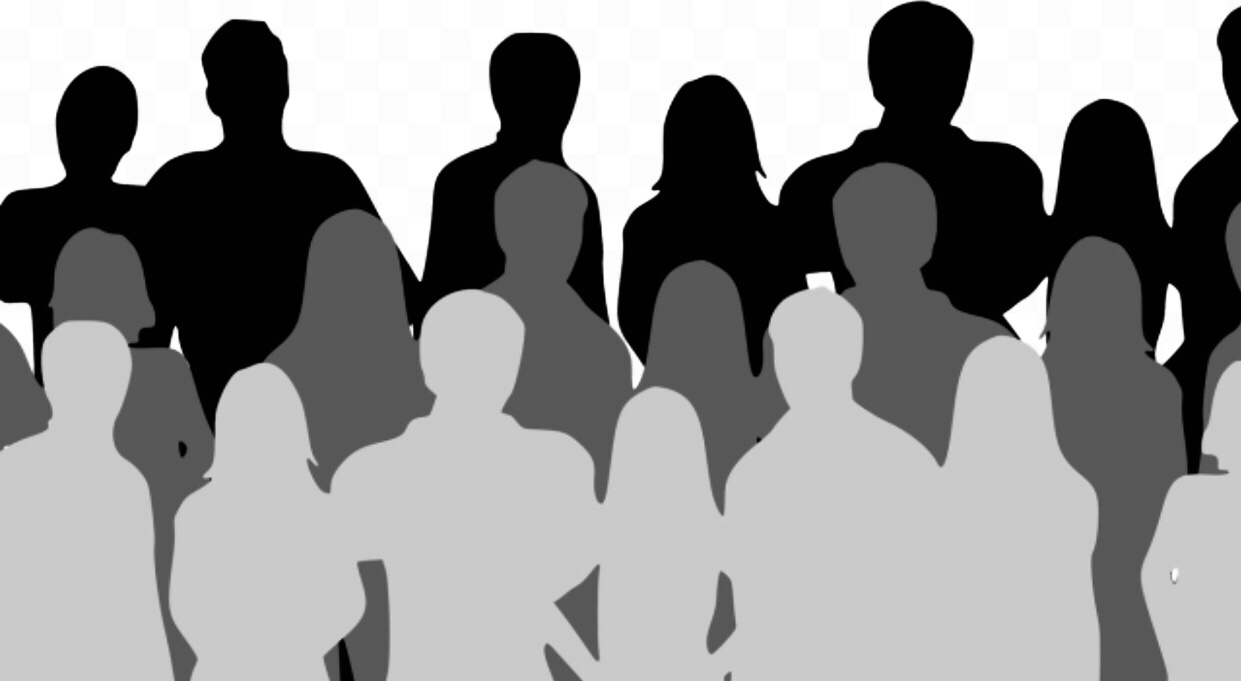