The extraordinary life and achievements of Alfred Francis Adderley continue to reveal themselves. In an era of colonial British Bahamian and negro Bahamian history, when all supposed avenues of progress were seemingly stymied for blacks, Alfred Francis Adderley somehow excelled, not just in The Bahamas, but abroad as well. An island boy, who became one of the most astute and razor sharp legal minds in New Providence, long before World War II began, remains a genius, whose accomplishments have been regrettably lost in the annals of Bahamian history.

Alfred Francis Adderley, CBE, MEC, MLC, MA, LLB son of William Parliament Adderley MLA, MHA, MBE, JP, attended a British boarding school, as a teenager, in the first several years after 1900. In 1909, at 17 years of age, young Alfred won a prestigious prize for his penned essay on British maritime history. Not only winning this top prize, Adderley read his essay at the annual Speech Day of the school. This achievement, for a young black lad, from The Bahamas, in Staffordshire, England, in the year 1909, cannot be overemphasised as to the enormity of this event. Alfred Francis Adderley may well have been Denstone College’s first and only black student at that time. Adderley would have traveled by sea steamer to England. This Atlantic crossing would have taken weeks.

Year 1908 – A 16 year old Alfred F. Adderley is a passenger on a steamer leaving Nassau, heading for New York and from New York, a ship to England.

William Parliament Adderley was a Freemason from 1st October 1904

Alfred Francis Adderley, as a young teenager, may have gained admittance to Denstone College through his father’s Freemason connections in England. William Parliament Adderley was a Freemason at the Villier’s Lodge at Hampton Court, England. William Parliament, a merchant and Justice of the Peace, was admitted to Villier’s Lodge on 1st October, 1904.

Alfred Francis famously matriculated onto Cambridge University in 1912 becoming the first black student in the College’s history. He later graduated from St. Catharine’s College, Cambridge with a BA and LLB with honours. A. F. Adderley, then in turn, followed the example of his father, joined the Villier’s Chapter of the Freemasons, as a law student, while living in Chiswick, South London. Adderley was admitted on 15th March 1919.

Alfred Adderley attended Denstone College, in Staffordshire, England. Denstone was founded in 1868. The school began as a boy’s education preparatory by Nathaniel Woodard and was originally called St Chad’s College. Work on the school began in 1868 and it opened in 1873 with 46 boys.

“We publish in another column a Prize Essay on English seamanship from 1399 to 1603 by Master A. F. Adderley, who is at present a pupil at Denstone College, England. The essay was written for a special prize offered to the school by the Navy League and the fact that it was one by a Bahamian should be very pleasing to the boys of this Colony. The Prize is in an Edition de Luxe of the Navy League Annual and was presented on Speech Day at Denstone College at the end of the last term. We congratulate Master Adderley on his achievement.” —-The Nassau Guardian and Bahama Island’s Advocate and Intelligencer, Saturday 25 September 1909

Then 17-year-old Alfred Francis makes liberal use of the pronoun ‘our’ in his essay. Consider that in 1909, The Bahamas was very much a British Colony, and as such, there was considerable pride in the attachment of those in these various colonies to England as well as her history and accomplishments. ‘Our’ strongly suggests the sense of oneness citizens of the Colonies, like young Alfred Francis, felt towards Mother England. 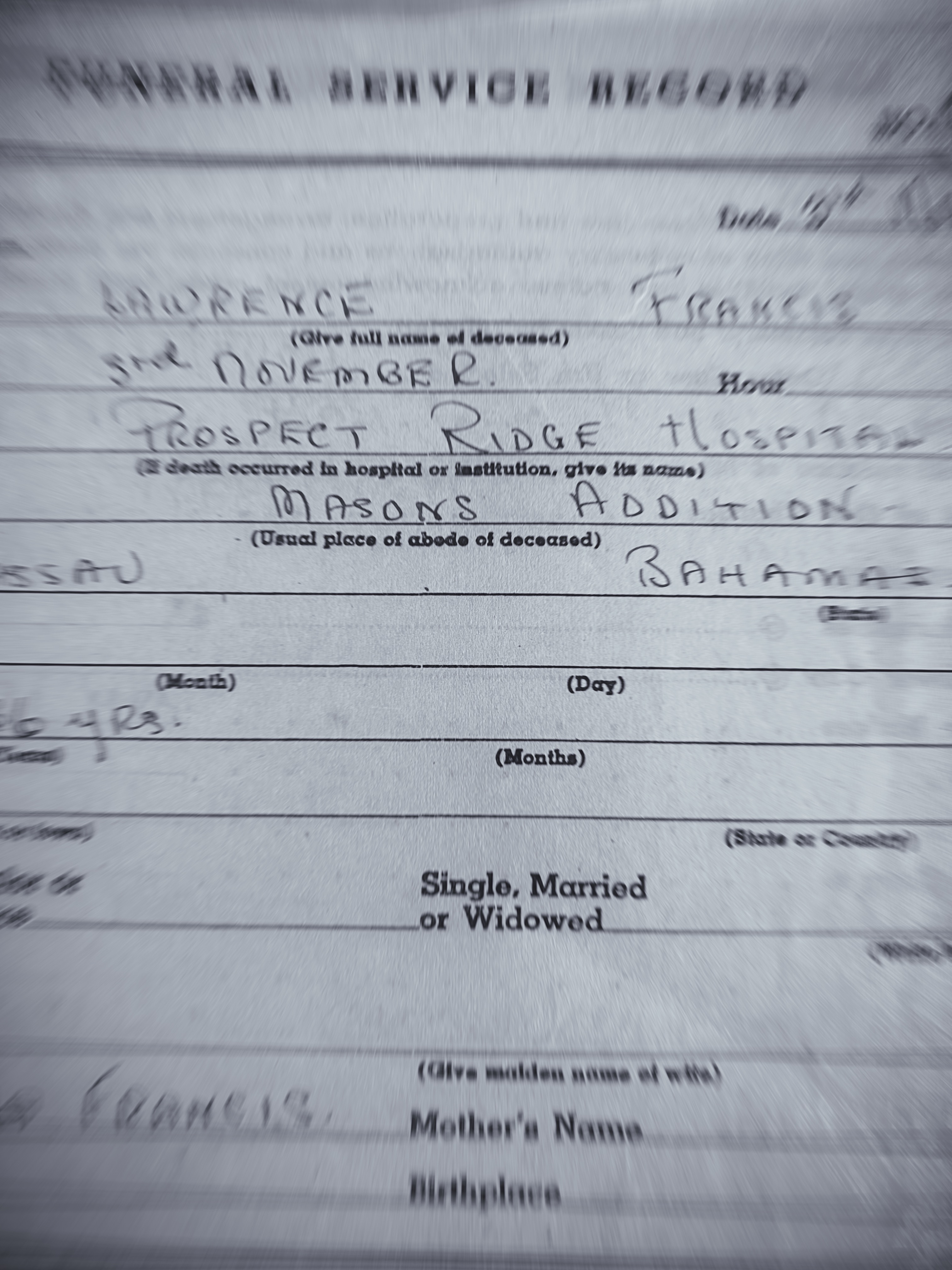