As late as 1900, felony offences, such as rape and larceny, under Bahamian law, were punishable by hanging. This coincided with an era in colonial history, when justice was swift and necessarily public. Crimes of moral turpitude were seen as particularly repugnant, depending on who the victim was.

In the olden times, the good old days as we like to think of them, capital punishment was conducted publicly, for good reason. This was to ensure that the right person, was properly despatched, and without the encumbrances of an earthly body, they may possibly find ways to redeem themselves in the next life.

Public hangings were also a conscience stirring tool for those still in the land of the living. Nothing like the sight of a hanged man, twitching at the end of a rope, to send the wayward, quick sticks, back to church.

Historically speaking, under the common law, there was nothing unusual about public executions before the 19th century. Nothing at all!

Famous executions in British history are pages and pages long. Hundreds of books have been written on the executions under Henry VIII, the execution of King Charles I in 1649 and countless others, before and after these. The last public execution, in England, was in 1868.

We forget as well that public executions have been lauded in popular revolutionary history. The French Revolution wouldn’t be the French Revolution, with all of its liberté, égalité, fraternité, without its resounding account of the guillotine executions of Marie Antionette and other aristocrats.

JANUARY 1827 – James H. Cocken convicted of raping his 11 year old sister in law, in his own house and on the Sabbath – Sentenced to Hang.

James H. Cocken was tried for depraved moral turpitude. He raped his wife’s sister, his sister-in-law. She was only 11 years old.

On Wednesday last, James H Cocken, against whom a bill of indictment was found, for a Rape, was brought to trial for that crime. The trial lasted from ten o’clock in the forenoon until half past ten at night, with a crowded court during the whole time. The offence was clearly proven; the victim of his brutal conduct was a girl only eleven years and seven months old; she was the sister of his own wife by whom he has three children; the crime was perpetrated on the Sabbath day and in his own house. He was ably defended by Counsel, but the facts were substantiated in such a manner as to not be shaken by the closest cross-examination. The Jury retired and returned into court in less than a quarter of an hour, with a verdict of “Guilty;” when his honour Mr Justice Lees passed sentence of death on the prisoner, in a very feeling and impressive manner – that he was to suffer on Thursday next.

An awful scene took place in this town yesterday morning, which ought to make a serious impression on all who witnessed the melancholy spectacle of three human beings suffering the sentence of the law, for the commission of the crimes of the most atrocious nature, but although Justice imperiously demanded the specfice here, it is hoped sincere contrition and repentance may procure them acceptance and forgiveness hereafter.

James H. Cocken was convicted of Rape in last January term of the General Court, and sentenced to be hanged; but the same having been respited until the pleasure of the Crown on his case was made known, an order for his execution was lately received from England, and he was accordingly ordered to prepare for death.

George Alexander, a young black man, a slave, was also convicted in the same term and Court; was also sentenced to be hung for a similar crime, respited, and ordered for execution at the same time.

Robert Telfair, a black Soldier, was convicted of Murder in the present term, and also ordered for execution on the same day.

These three miserable men were taken from the prison soon after 8 o’clock, attended by three Clergymen, and conducted to the parade, where a gallows was erected, and where the whole of the Troops of this garrison were drawn up.

The culprits ascended the platform with firmness and composure, and after spending a short time in prayer and supplication to the Throne of Grace, were launched into eternity.

Cocken for a few days at first, was rather obdurate, and entertained hopes of pardon, but from the unremitted attention of the Clergy was brought to a sense of his awful situation, and became truly penitent, and to the last moment was most fervent in supplicating forgiveness of God. A report in town of his having confessed the killing of a boy on board the Pam be civil, some years ago at Crooked Island we are assured it is entirely without foundation.

George Alexander for some days previous to his death behaved himself as a repentant Christian should, under his circumstances, and from the platform admonished his hearers from giving loose to primal passions, and hopes his ultimate fate would be a warning to all other young persons.

Telfair, who was a very good looking young black man, being not many years from Africa, could not be expected to have lovely and strong ideas of Christianity, confessed his crime; expressed his sorrow for it, and submitted to his fate with firmness and composure.

We have thus endeavoured to give an account of a scene which is seldom witnessed here, and have only to mention the propriety with which the whole was conducted by the Provost Marshal, in the performance of a painful duty.

‘Oyer and Terminer’ were originally, special courts convened to quickly ferret out the truth and provide swift harsh justice. Massachusetts Governor William Phips created a court of Oyer and Terminer for the Salem witch trials on May 27, 1692.

Strange historical coincidence was that the man credited with creating the Oyer and Terminer courts, which he would use during the Salem witch trials, got rich from treasure he found in The Bahamas. In 1687, an investor-backed expedition led by William Phips, who grew up fatherless and in poverty, recovered the treasure from sixteen Spanish ships that were lost at sea near the Bahamas.

A special Oyer and Terminer court was said to be convened for the murder trial of William Gwyn. This meant that the case was particularly heinous and serious. Later on, the newspaper would say that it just an ordinary court session which convicted Gwyn.

William Gwyn (a white man) murdered his wife with a big knife. Then, realising the enormity of his crime, he quickly concocted a reasonable defence. Gwyn made a superficial wound to his neck, in the pretence of intending to kill himself. The crime of killing his wife, could then be predicated under a moment of madness or insanity. Killing onself or attempting to kill oneself was classed as momentary insanity. Taken together would mean acquittal or at least convicted on a lesser charge.

For momentary insanity, William Gwyn was hoping for a few months in the crazy house. He didn’t bargain on the gallows. Nevertheless, the court saw through his charade and the gallows what was he got.

3,000 people gathered on the Eastern Parade to watch. 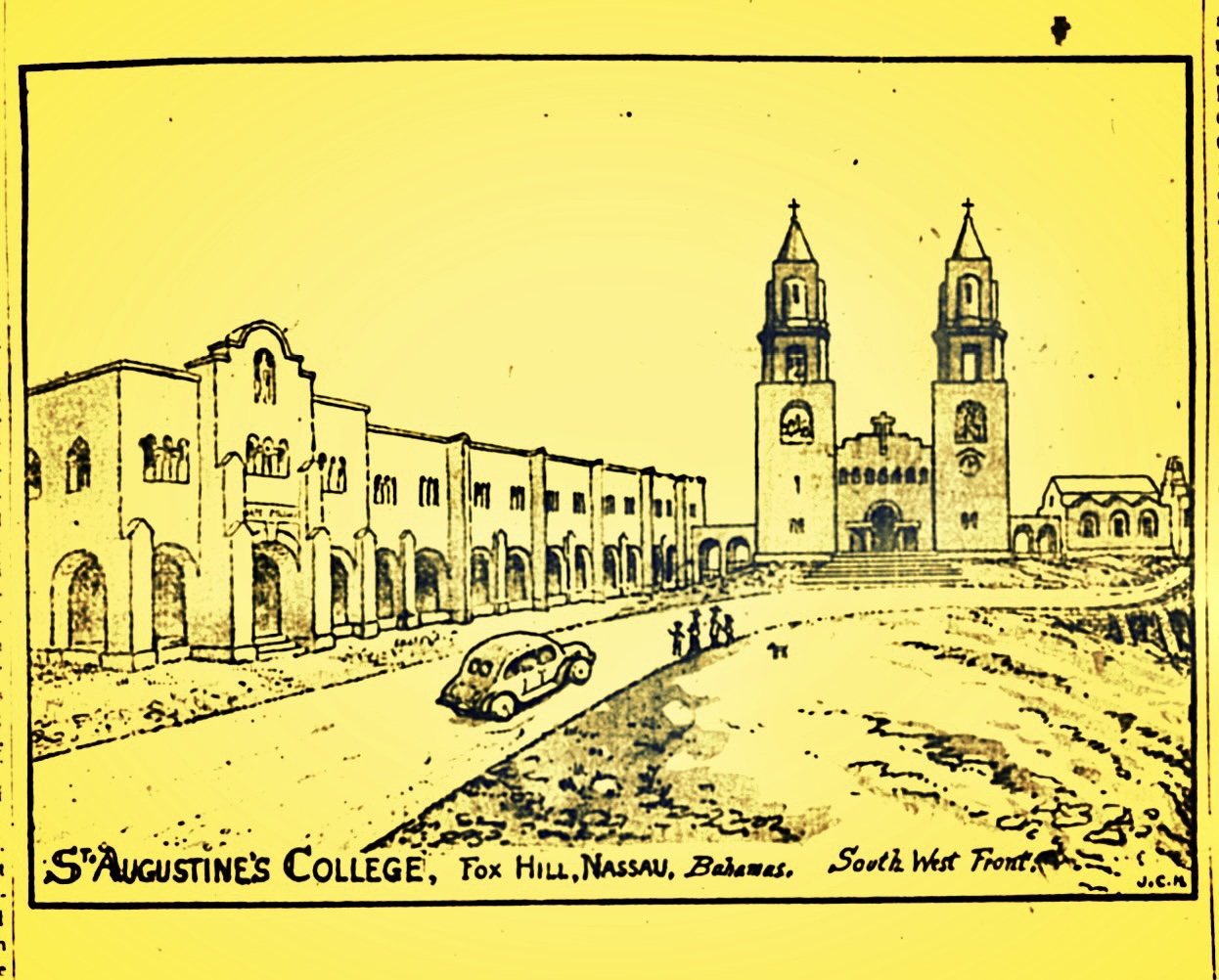 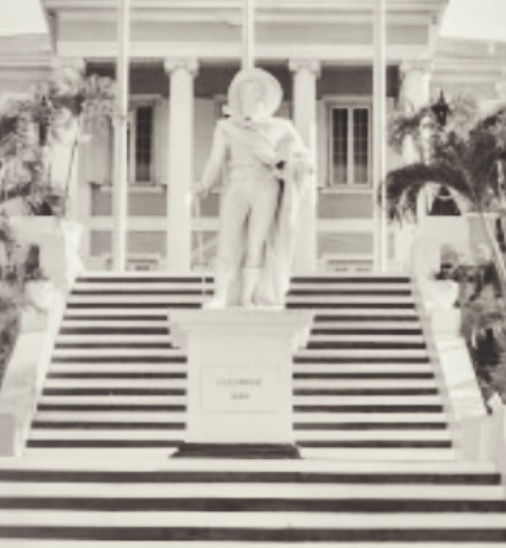