When Alex Hailey was finally able to find the name of his ancestor, Kunta Kinte, in the historical records, he famously yelled out loud, in the dark mahogany halls of the library where he sat … “You old African. Kunta Kinte I’ve found you.” Well, the Bahamas has its own Kunta Kinte, and his name was Alladay Adderley!

“You old African, Alladay Adderley. We have found you.”

By 1884, Alladay was 71 years old. He was an old man by any century’s standard, let alone that of 1884. Why someone would try to destroy this old man, and his property, beggars belief. But someone did. They tried to burn him out and ruin his large citrus farm in Bain Town.

Maybe it was jealously. Maybe someone didn’t like the old African who they knew had a few pounds and property to his name. Maybe someone was trying to intimidate him, scare him off, maybe kill him. Maybe the shock of it all, is what hastened his death the following year. It makes perfect sense, and no sense, all at the same time.

There are not many people who know who Alladay Adderely was, but he was an old African right there in Bain Town, in the District of St. Agnes. His story is nothing short of incredible. It is stuff that makes classic books and great movies, which have the ability to change the hearts and minds of a generation, that is of course, if someone would find the gumption to write the story. If America had its story of “Roots”, then the Bahamas has its own incredible story of a man whose humble beginnings started when he was taken from somewhere near Nigeria, Africa, shackled on a slave ship bound for Cuba and rescued by the British.

If Alladay was born around 1813 (working backward from his age at death) he would have been around 29 years old or so, when he was first brought to Nassau. It is only by chance that a British frigate, manning Bahamian waters for illegal slave ships, happened on the one which contained Alladay and many others, suffering in the most dire state of health. Most of the Africans came with a multitude of physical problems and disease from the long captivity and lack of food and water on the slave ship. They came blind, crippled, with dysentery and cholera. They were malnourished, dehydrated, with broken limbs and broken spirits.

How Alladay Adderely went from slave, to liberated African, to one of the largest, if not the largest negro landowner of his time, is nothing short of incredible and an historical mystery. Alladay somehow was able to buy a tremendous parcels of land including a tract stretching from Goodman’s Bay to Stapeldon Gardens.

Some one hundred and twenty-four years after his death, in 2009, his descendants would be embroiled in a dispute over this very same land. The case would go all the way to the Privy Council in London.

How did Alladay get the name Adderely and make his money?

We can only speculate on this, but a likely scenario was that he was taken as an apprentice by Henry Adderley, who was Vendue House Master around this time.

From a brief biography of Henry Adderley, Esq we learn: “He was Vendue Master about 1830. A Freemason. And his trading/commission firm Henry Adderley & Co. was “notorious” for arranging vessels to run the blockade established by the Union against the Confederacy in the early days of the United States Civil War.”

Some forty-three or so years after arriving in the Bahamas, Alladay Adderley dies on 27th September 1885.

Everyone wanted the free labour of the Liberated Bahama Africans

With the high number of Liberated Africans being landed in the Bahamas, it was only a matter of time that other British colonies, desperate for free labour, would make application for them. British Guiana in 1838 wanted the 500 Africans who had been recently landed in the Bahamas. Had the Bahamas acceded to the request, Alladay Adderley might have been transported out to another colony. Compared to other more prosperous and agriculturally blessed colonies with richer souls and more natural resources, the Bahamas seemed a barren rock, barely able to provide for its present citizens. Others felt that the Africans would better be able to contribute to the prosperity of other West Indian agricultural British colonies.

“Impressed with the views of the advantages to be derived in our own case from a greater supply of free labour, in August, 1838, when Governor Light was in Berbice, immediately after the negroes were made free, we applied to his Excellency to procure us some of the captured Africans then recently taken to the Bahamas, where we knew they were kept at considerable expense to Government , and where they could never benefit themselves, those lands being so barren and rocky as to be unable to raise provisions even for the support of their own population.”

Alladay Adderely was apparently a successful planter who owned high producing orchards. In 1884, now an elderly man, he becomes the target of an arson attack. The fire destroys his house situated in Bain’s Town and destroys his orchard containing some 5,000 oranges no doubt bound for the American market.

Adderely’s descendants, generation after generation, have gone on to make incredible contributions to the land they called home.

In 2012, when lawyer Paul L. Adderely (great, great grandson of Alladay Adderley) was laid to rest, the then Prime Minister Perry Christie, gave a eulogy which traced some of the long ancestral lines of Adderely.

It is through his son Joseph Richmond Adderely,

…one was a son named Paul L. Adderely.

“One hundred and seventy four years ago, a ship bearing slaves to Cuba was intercepted by the British Navy and brought to Nassau.  There the slaves were freed.  Among these “Liberated Africans”, as they were called, was a young man of the Yoruba ethnic group from what is modern-day Nigeria. His name was Alliday. He was an alien in a bewildering new world, thousands of miles from home with the unbridgeable vastness of the Atlantic Ocean in between; a man without connections, without family, with nothing to his name, penniless and poor.

But not for long.

By the time of his death in 1885, Alliday Adderley had become the biggest black landowner in all of New Providence. Amongst the lands that he bought and paid for out of his own pocket was a large tract stretching from Goodman’s Bay and taking in Stapledon Gardens and the land lying west of the Tonique Williams-Darling Highway, all the way down to where Robin Hood used to be.  He owned all that, and a lot more too.  And lest we forget, this was a black man who had come to this country in chains.

But Alliday produced a great deal more than just landed wealth. He also produced sons. One of them, William Campbell Adderley, would become the first unambiguously black member of the House of Assembly where before there had only been whites and the occasional mulatto or two.

A generation passed and a new one came, and with it came Alliday’s grandson, Wilfred Parliament Adderley – W.P. Adderley, for short.  He became a prominent building contractor and downtown merchant with his ambitiously-named dry goods emporium on Marlborough Street: “The Big Store” is what it was called.  Of greater consequence, W.P became the second generation of Adderleys to sit in the House of Assembly.  And he was no ordinary member either.  He was an outspoken, combative and clever legislator, and a social reformer too.

Another generation would come and go, and in the one that followed would come forth W.P. Adderley’s only son.  His name was Alfred Francis Adderley – better known as A.F. Adderley – and from the beginning of the Bahamas till now he remains the closest thingwe have ever had to black royalty.”

In 1942, William Parliament Adderley, merchant and former member of the House of Assembly, who is Alladay Adderley’s grandson and father of lawyer A. F. Adderley, has some of his property seized by the Provost Marshall, and sold via auction.

Alladay has four children Each of his children he leaves as tenants-in-common to the estate which he bequeathed. Each gets 1/4 share. 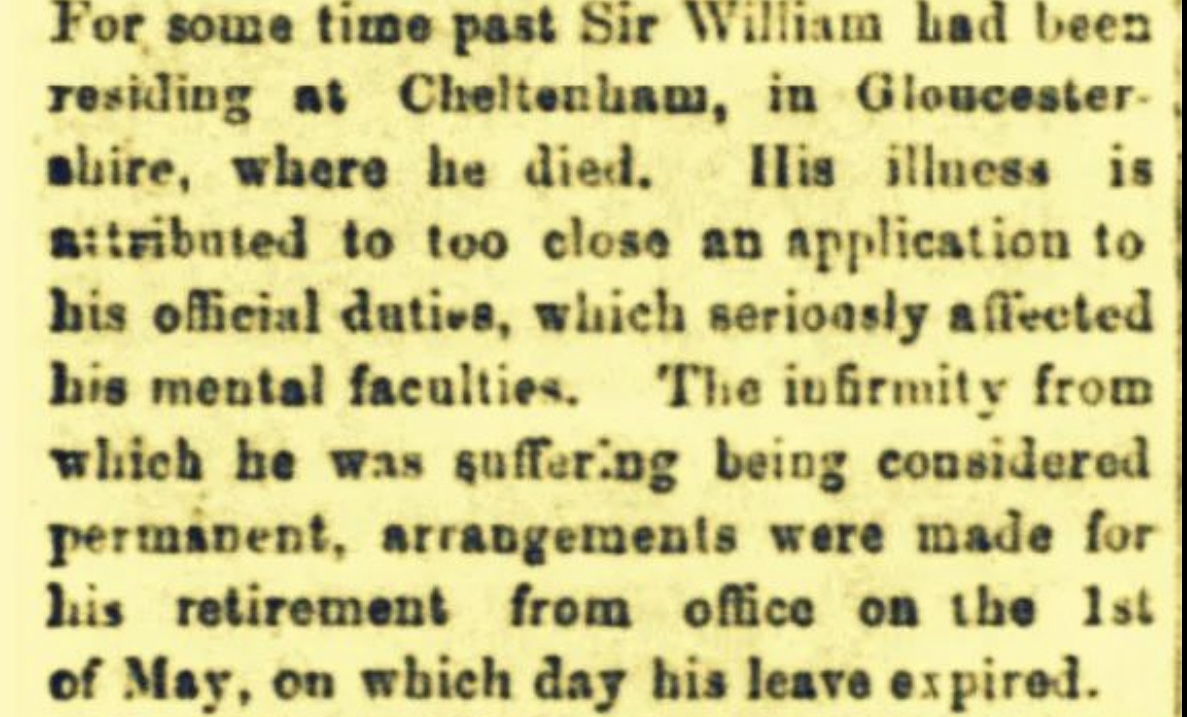 When lumber was king in the Bahamas (part 2)