They say the UBP was so confident of the outcome of the January 10, 1967 general elections that Symonette didn’t even campaign. No rallies. Printed no flyers. Forgot about the bumper stickers. Begged for no votes. He, and the Party, were confident.

By 1967, the baby that was the Bahamas, which had been suckled into near necrotic apathy for one hundred and thirty-three years since 1834, had grown up, unbeknownst to its betters. It was an evolution which took the world by surprise. Britain wanted gradual change, not a revolution, quiet or otherwise. America, with its strategic defence stations in the islands, wanted continuity in government they could count on. Native problems wasn’t on their agenda.

Bahamians were still a people wearing the short trousers of primary youth, given to profuse offerings of “yes suh… no suh” at every turn, had suddenly grown up. It had been a long and painful teething process, which had seemingly gone unnoticed by those who had great interest in keeping the status quo as it was.

A warm sun greeted that Tuesday morning. Very little breeze kept a tension in the air so thick, it could have been cut with a knife, on that tenth day, into the new year, when the Bahamas tried on the long pants of adulthood, for the very first time in its history.

The Bahamas on that day, caused London’s tea to go cold, and that good old boy fear of negro reprisals, once they tasted power, made America brace for more communism at its back door.

Black Bahamians danced in the streets.

They say, the elites of Nassau went out to dinner as was the fashion, but couldn’t eat their expensive food, as they pondered the end of the known world.

When the polls closed, and as the returns came in, it became obvious to all that the Bahamas had no official outright winner.

Alvin Braynen had one seat.

Grey had to leave it for the night. It had been a long exhausting day, and he suspected an even longer tomorrow. The resolution rested with the parties themselves, either in fresh elections, compromise or negotiate a coalition.

When Bahamians awoke on Wednesday morning, for those who had managed to sleep, no one could scarcely believe what was happening. The first calls were for a brand new election. This route would have greatly favoured the UBP who now would resolve to be more proactive in their campaigning.

Both parties, UBP and PLP met with their advisors and soothsayers. The shock still hadn’t worn off for some.

As for Governor Grey, he was still a Governor of a colony with no government. He made phone calls bright and early that Wednesday morning.

In an attempt to resolve the deadlock, recounts begin. Maybe there was a massive mistake in one of the close constituencies, maybe the deadlock could be fixed simply with re-examining the votes. For some, recount news proves more worrying. Premiere Roland Symonette only scrapes in by 47 votes (558 to 511).

Reporters flocked to Pindling the contender. What did he want to do? They were the Opposition, the contest was for him to lose. The UBP was the ruling party, the contest was for them to win. ‘No new elections’ Pindling said. He needed time to think and time to talk to the only two people on earth who could help the PLP to win, before London stepped in and ordered new elections.

Sir Roland Symonette, easily the most politically powerful man in the Bahamas next to Stafford Sands, had one good card to play, but in order to do it, he had to humble himself in front of man who held the St. Barnabas seat, Randol Fawkes.

Symonette had the ability to make every financial and political dream of Fawkes come true. Fawkes was a man who had been through turmoil with the PLP. It was well known that two high ranking party officials in the late 1950s had forced Pindling to cut times with Fawkes officially, as a party mandate. Fawkes was just too radical at a time when the new PLP needed a more moderate approach to attract negro voters to the party. And when Fawkes had legal problems of his own, he left the Bahamas and worked in a ice house. Fawkes was the most educated ice man in New York.

Fawkes was no fool. He was ready for whoever Symonette might send and for Pindling to come knocking. Fawkes sat in his St. Barnabas constituency and waited. He didn’t have to wait long.

Roland Symonette, according to Fawkes, came himself. The Premiere of the Bahamas drove to see the man who had, not ten years ago, been on trial for sedition against the government of the Bahamas, but now as fate would have it, had suddenly become the most important man, in the lives of so many people.

By Friday, three long days after the general elections, Pindling had managed to secure independent elected A. R. Braynen for the PLP. Braynen would become Speaker of the House. The Speaker has no vote. Everything now rested with the radical wild card, Randol Fawkes. He knew it and the world knew it as well.

Speculation was rife. What would Fawkes ask for? A million dollars? His own ministry? The UBP was prepared to give Fawkes whatever he wanted. He only had to ask, and cross the aisle to the UBP faction.

Randol Fawkes decided to answer Symonette right then and there.

“He is the member of the Assembly who is best able to command the confidence of that chamber,” Sir Ralph said. On Saturday 14th January, 1967, Governor Sir Ralph Grey asked Lynden O. Pindling to form the next government of The Bahamas. After four days, which put the country into an unprecedented state of uncertainty, a new government had assumed executive power.

Vote Granted To Murray G. Farquharson, Free Person of Colour, By An Act of the Assembly Was Undoubtedly Political 1830 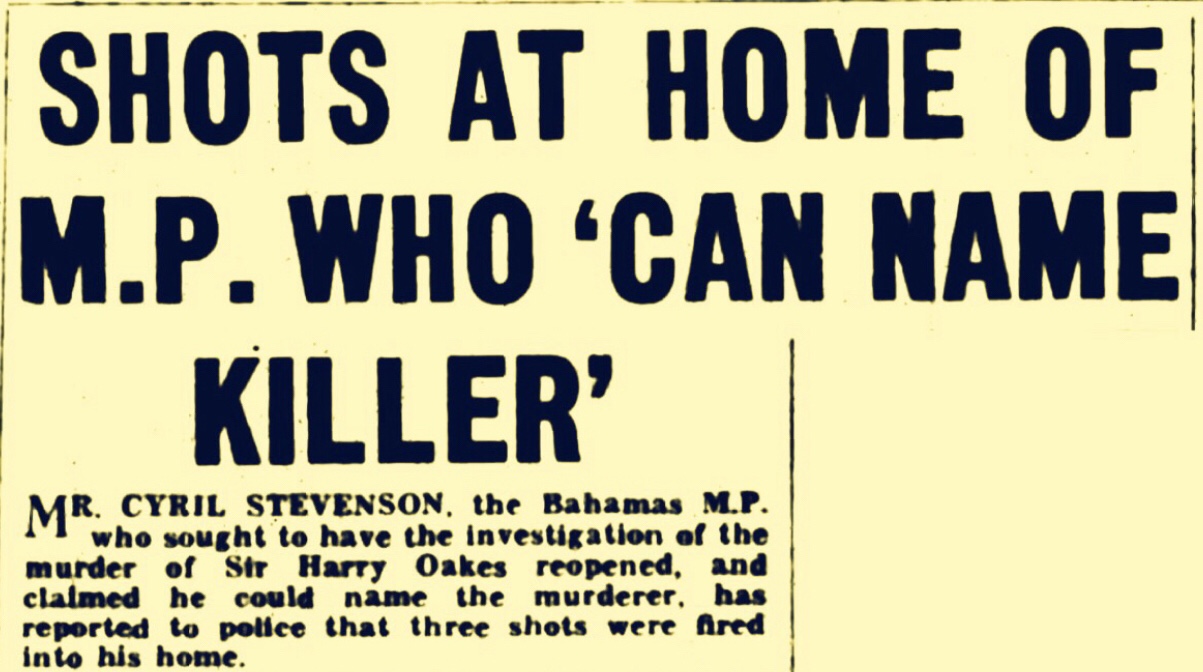