In 2003, evil was visited on the shores of Grand Bahama. It tore at the very core of island’s close knit community. A depravity never seen before had left the nation’s police as well as international detectives, baffled. What was happening was unlike anything Hollywood could have made up for its movies.

For several grieving families however, nothing was ever going to be the same again.

Maybe it was Britain’s endless theorising about who, Jack The Ripper, the notorious serial killer of 1888 London, could have been, which spawned the western world’s fascination with unspeakable evil. Over one hundred years later, Jack is still the world’s most well known serial killer, despite never having been caught.

As early as 1931, movies about serial killers, focusing more on perpetrator, rather than their unfortunate victims, came to the cinematic screen. In 1960, the movie Psycho and in 1991, the movie, Silence of the Lambs, touched off a modern macabre obsession with disturbed people, who harboured murderous intent in their hearts, but appeared normal, sane and walking amongst the rest of the world, every single day.

The reality of the serial killer though, the horror that they wreak, is far, far removed from what appears in the movies, and on television.

In reality, police forces, criminal psychologists, forensic detectives and special investigators must often put in thousands of man hours to catch just one criminal. It’s a game of cat and mouse, of interpreting clues and sifting through endless criminal records in order to glean the pattern of the serial murderer. It is often a race to catch them before they strike again.

Too often, the only clues which point towards the identity of the killer, rests with what is termed in Latin, as Testator Silens, the Silent Witness. The bodies of the dead.

The Bahamas, for its small size and population, has sadly had its share of particularly unspeakable horror.

In 2003, monstrous evil walked amongst the rest of the peaceful population on one particular island. It hid itself well behind being a father, an artist, an exemplary employee and even participating in the church. It hid in plain sight, as it snatched the life away from the innocent.

When the anguished cries of parents and relatives, and the entire community of Grand Bahama, reverberated all over the Bahamas, everyone knew, nothing would ever be the same again.

The first boy to go missing on May 9th, 2003, was Jake Grant. He was twelve years old. On May 16th, 2003, Mackinson Colas, age just eleven, was last seen going on an errand for his mother. On May 27th, 2003, Deangelo Mackenzie, thirteen years old, was last seen heading to school. Junior Reme was eleven years old when he was reported missing on July 29, 2003. By September 28th 2003, with the disappearance of the Desmond Rolle age fourteen, who vanished after his packing shift at a local supermarket, the Bahamas knew, something was horribly wrong.

By October 7th, 2003, with a joint task force between the Royal Bahamas Police Force and South Florida police, special cadaver dogs were flown to Grand Bahama. With no clues, no reports, no leads, and more than twenty-five people detained and released in the previous five months, which had turned over no suspects in the case, the grim endeavour now, was to try to find evidence of the missing.

Maybe, a body, a testator silens, would help investigators find out what had happened to these boys.

The story of Jake Grant, was the first of five boys to go missing in 2003. Jake went missing on May 9th after telling his sister he was going out, and would be right back.

Investigators however soon found that this disappearance didn’t quite fit the pattern of the others. It was a separate, tragic case from the fate of the other four missing boys.

By October 2003, some five months after he’d disappeared, substantial movement was made in Jake Grant’s case. Jake had been left to die alone in bushes not far from a swimming pool that he and some other boys had been playing in. Jake they said, got into trouble while swimming. They pulled him out of the pool but water was coming out of his nose. The boys dragged him into a nearby bush and left him. Out of fear that they would get into trouble, the boys said nothing for months.

By October 11, 2003, newspapers were reporting that four boys, who had been swimming with young Jake Grant, had been charged with Manslaughter.

The Story of Jake Grant is eerily similar to that of William Symonette, also age 12, in 1904

Oddly enough, the death of Jake Grant, 12 years old, who died while swimming with friends, wouldn’t be the first time in Bahamian history that young boys tried to cover up a crime.

It was 99 years prior to 2003, when another group of boys tried to hide their involvement in a drowning of a friend.

In 1904, William Symonette, also aged 12 died while swimming with friends at Big Pond. The boys thought it would be fun to let William swim out into the deep, knowing he couldn’t swim. When he started to sink into the deep water, the other boys, ran off and left him.

The following are the facts given in evidence at the Coroner’s Inquest held on Monday last touching the death of William Symonette.

Dean swore that they were playing “hiding whoop” in the shallow water, he, Bullard and the deceased being unable to swim. That upon the deceased attempting to catch Thurston, who swam out into the deep water, he got beyond his depth.

That Symonette sank and came to the surface three times throwing up his hands and calling upon Thurston to help him each time.

At first the boys thought the deceased was playing, but when he went under water the third time they became frightened and ran away.

Thurston, on the other hand, swore that while they were playing another boy, Joseph Adderley, came up to them, took hold of the deceased and lead him into deep water telling him to swim.

That upon Adderley seeing the deceased go underwater he went ashore and ran away. Thurston said he did not go to the drowning boys assistance because he was afraid of being caught by the deceased and being drowned with him.

Joseph Adderley was called, and according to his evidence, as also the evidence given by two boys on his behalf he was only at the Pond when the little boys first came to bathe and they left him playing.

The Acting Coroner, in summing up told the jury that the evidence was very conflicting and unsatisfactory. But if they were satisfied that Thurston’s story was true, there was evidence upon which they should return a verdict of manslaughter against Adderley.

If, on the other hand, they did not believe his version of what happened, their verdict should be one of Accidentally Drowned.

The jury after about seven minutes deliberation returned a verdict of “Accidentally Drowned.”

By October 5th, 2003, fear had a firm stranglehold on the entire island of Grand Bahama. The killer or killers had struck again. Despite an island wide manhunt and vigilance by police and citizens both, death found its way in yet again. Another boy, Desmond Rolle had gone missing on Sunday September 28, 2003. Rolle, 14 years old, went missing after his part-time supermarket packing job.

Britain’s Scotland Yard and America’s FBI had been called in to consult. All over the world, the news of a potential serial killer on the small island nation of the Bahamas, was sending shockwaves across the globe. The government took to the media to assure tourists that it was still safe to travel to the Bahamas.

NO CRIME SCENE. NO CLUES. NO WITNESSES. NO SUSPECTS.

With no crime scene yet found. No clues and no suspects, by October 12, 2003, the police openly admitted that they still had no idea what happened to the missing boys. One man, they said, was in custody. But, was it the man whom they were looking for? Was it the killer who had been terrorising the island Grand Bahama for months? There had been dozens of false leads and false starts since the investigation began. With tensions mounting and fear spreading, the last thing the police needed, was for panic to give rise to vigilantism.

On Sunday, 26th October, 2003, a man, who reports said, had surrendered himself to the police, lead police detectives to a grim discovery. It was in the Barbary Beach area of Grand Bahama, where remains, mostly skeletal, were found. A heartbreaking end to the search for the missing boys was about to begin.

Cordell Farrington, 35, a warehouse worker was charged on Wednesday 29th October 2003, with the murders of four young boys and a 22 year old missing man.

Cordell surrendered himself on Sunday 26th October. He then lead police to where he had buried the bodies of his victims.

Like most serial killers throughout human history, Cordell Farrington lead an outwardly normal life. He had a job, a new child, his second or third, and surprisingly was an artist.

Despite reports saying he was a former drug addict and psychiatric patient, all indications was that in 2003, he was leading an outwardly normal life. Farrington had only just moved to Grand Bahama from Nassau, a year and a half before his murder spree started.

Cordell even fashioned himself a painter. It was said that he had a passion for painting boys crying. His work was even exhibited in Grand Bahama.

Bound, bludgeoned and raped, families sitting in court had to endure listening to the depravity and vile nature of what Cordell Farrington had done to his young victims. 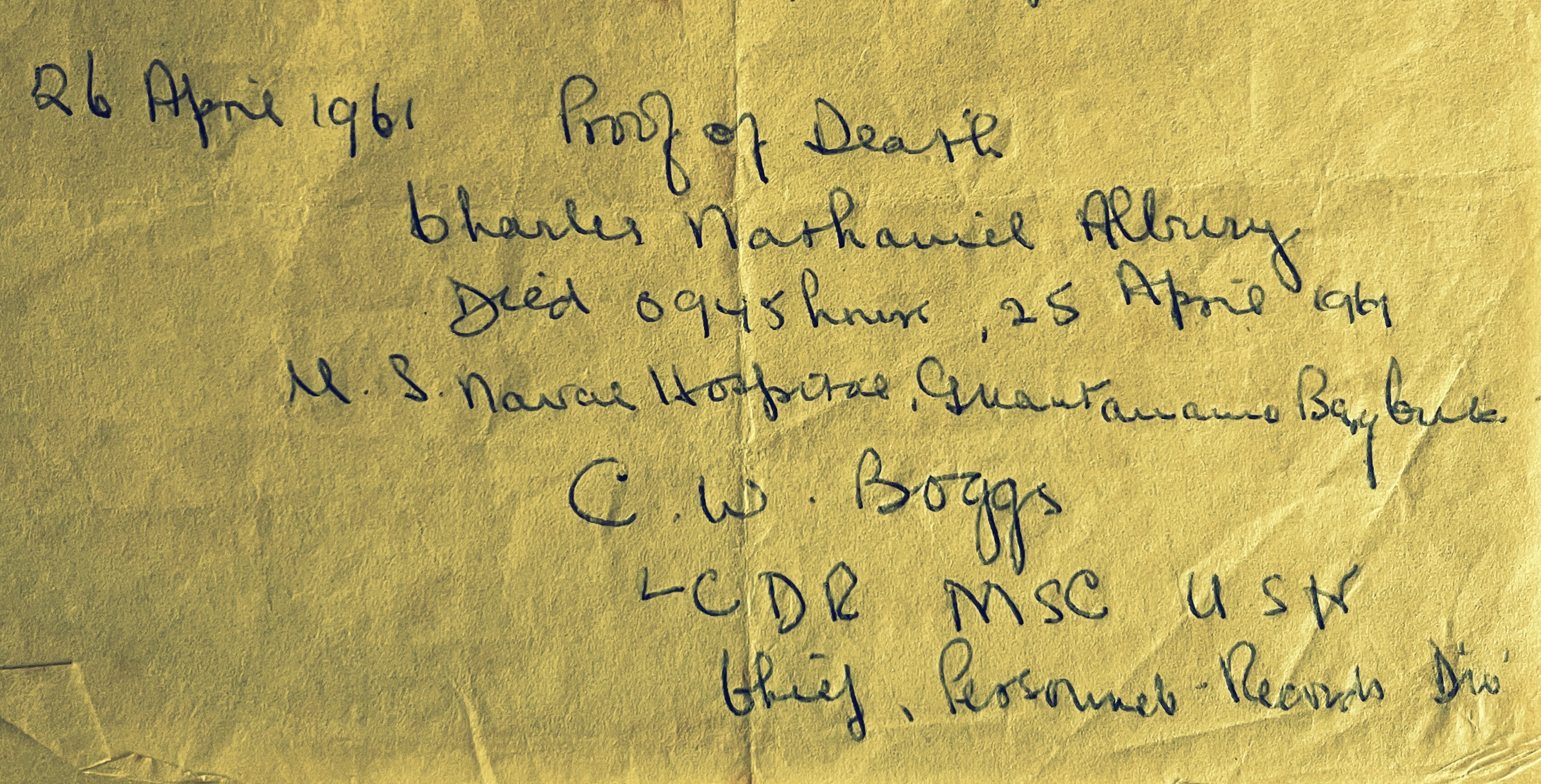