For exactly how long has humankind known that the earth’s climate was slowly changing? One year? Ten years? Twenty years? The answer, is surprisingly longer, than anyone alive today realises.

After Hurricane Dorian slammed into Abaco and Grand Bahama, on 1st September 2019, leaving death and destruction in its wake, Bahamians suddenly awoke to the reality of the messages of climate change. But, if truth be told though, a warming climate is of little consequence to places that have borne the unrelenting, uncomfortable heat of a year round summer since forever. What has caught people’s attention, however, are the potential destructive effects of a warming earth. The effects of rising sea waters, more rain and harsher storms from warming waters now have people’s attention – for now at least.

Since the mid 1800s or so, early scientists, naturalists, environmental thinkers and even some astute plain old farmers watching strange happenings with their crop yields, all began to realise that the earth’s climate was changing. They began to realise this from simply observing unusual changes in local and international weather. From this, they went back to the history books to read about life centuries before. Countries that had experienced frozen winters, by the late 1800s, barely saw snow and vice versa. Greenland founded as a tropical space of vast greenery was said to be snow covered. Rivers were running dry. Summer plants traditional to the warmest time of the year, were suddenly blooming in winter.

What scientists were beginning to notice was a combination of time, Earth’s natural long rotations and something else more worrying, the added element of man’s genius inventions and interventions on the land. The rapid expansion of man and his marvellous machines across the world began a measured, stepped evolution of climatic changes that have, quite possibly, speeded up the Earth’s natural time clock for change.

Talk of climate change had been proffered for a very long time. The world just didn’t have the chance or inclination to listen. Humankind and it’s technology were advancing at an incredible pace. With the push towards industrialisation, two world wars, a thousand smaller wars, massive population increases and mankind’s increasing want to exist comfortably, in a war free, strife free, mechanised world, climate matters were put on the back burner.

Discussions on climate concerns were put on the back burner until the rise of a phenomenon called environmentalism. After man had achieved a measure of self-actualisation, we looked down and around, and upward almost as if we were seeing animal, plant, fish, bird and Earth’s kingdom for the first time. It suddenly struck a handful of people that plants and animals mattered, just as much as man, possibly more so, because without them, humankind would find it awfully difficult to press on and survive.

We have heard men of observation and age frequently comment upon changes in the climate of their homes made with in their recollection. Such statements are accepted by many as ridiculous but the fact is, changes, and marked ones at that, do occur. Climate is affected by changes in the country.

Streams dry up, forests are cut down, cities spring into existence and the whole face of the country changes. Why should not such changes affect climate? On this subject and exchange offers the following illustrations:

 Two thousand years ago the climate of Italy was far colder than now. The Loire and Rhone, in ancient Gaul, used to freeze over annually. Juvenal says the Tiber froze so firmly in his day that the ice had to be cut to get at the water. Horace indicates the presence of ice and snow in the streets of Rome, and Ovid asserts that the Black Sea freezes over every year. 

So extreme was the cold at the far-off period in history, that it stands chronicled by the ancients that in Gaul, Germany, Pannonia and Thrace, snow positively covered the ground so long as to prevent the cultivation of olives, grapes and other fruits, which are raised there at the present time in abundance. Ice or snow, to any considerable amount, would now be a phenomenon in Italy. 

There are many signs which indicate that our planet is passing through another of those transition periods which at long intervals have taken place in the past history.

The coal beds and the records of the rocks demonstrate that the most revolutionary climate changes have taken place in the zones of the Earth.

   The bones of tropical animals and the traces of tropical vegetation have been discovered in Siberia and Alaska, showing that there was an epoch when the climate of those countries approximated to that of the Equatorial regions of the present day.

A hundred years ago the Summer season came on in New England a month earlier than now, and one hundred years is an insignificant period in the great cycle of time which embraces the Earth’s history, as read in the records of her geological strata.

Persistent rain is in the middle of June are a new phenomena to the oldest inhabitant of San Francisco, to which ever cause they may be due, climate changes and atmospheric conditions effect vegetable and animal life and even the highest forms of organic existence. Thus, when the winds, the rainfall or the temperature of any country undergo a radical change, the population of the country cannot escape modifications in the humane characteristics.

 An isothermal line, says Draper, divides in a general way the Catholic from the Protestant peoples of Europe.

“The elastic atmospheric and bracing affect of the Pacific climate,” says Blodgett in his “Climatology of the United States,” makes it more favourable to mental and physical activity than any that is known. The fact that climates not only change to the operation of great natural causes, but also to the agency and activities of man has been incontestably established.

The destruction of forests, the building of cities, the draining of marshes, produce amazing effects upon climate. There are even theorists who maintain that the building of great lines of railroad and telegraph affect climate, and who profess to believe that the transcontinental wires and railroad tracks have exerted and appreciable influence in equalising the climate of the Pacific and the Atlantic slopes. Whether or not there is anything in the theory, it is certain that there have been some noteworthy climate changes affecting this peninsular since the time of the American occupation.    

A recent writer in Nature called attention to the pollution of the air by the burning of coal, and calculated that in the year 1900 all animal life with cease on the globe, from the amount of Carbonic Dioxide is produced.

But another correspondent points out that the most of this gas is washed out of the air by rain. There were, however, some products of combustion, or rather of incomplete combustion, as hydrogen and the hydrocarbons, which are not removed by the rain.

Of these unburned gases it is estimated that 100,000,000 tons have escaped into the air doing the last 30 years.

What will be the result of this accumulation?

According to Professor Tyndall’s researches, hydrogen, marsh gas and ethylene have the property in a very high degree of absorbing and radiating heat, and so much so that the very small proportion of only say one one-thousandth part, had very great affect.

From this we may conclude that the increasing pollution of the atmosphere will have a marked influence on the climate of the world.

Genoa, May 24. — The heatwave into the Alps region has broken a 90-year record for the month of May, the thermometer at a number of points today registering 90°F. Snow and glaciers are melting rapidly and the Rhine and Rhone rivers are rising.

An avalanche released by the heat destroyed an Alpine clubhouse on the summit of Mount Gerginkogel, 7,000 feet above sea level.  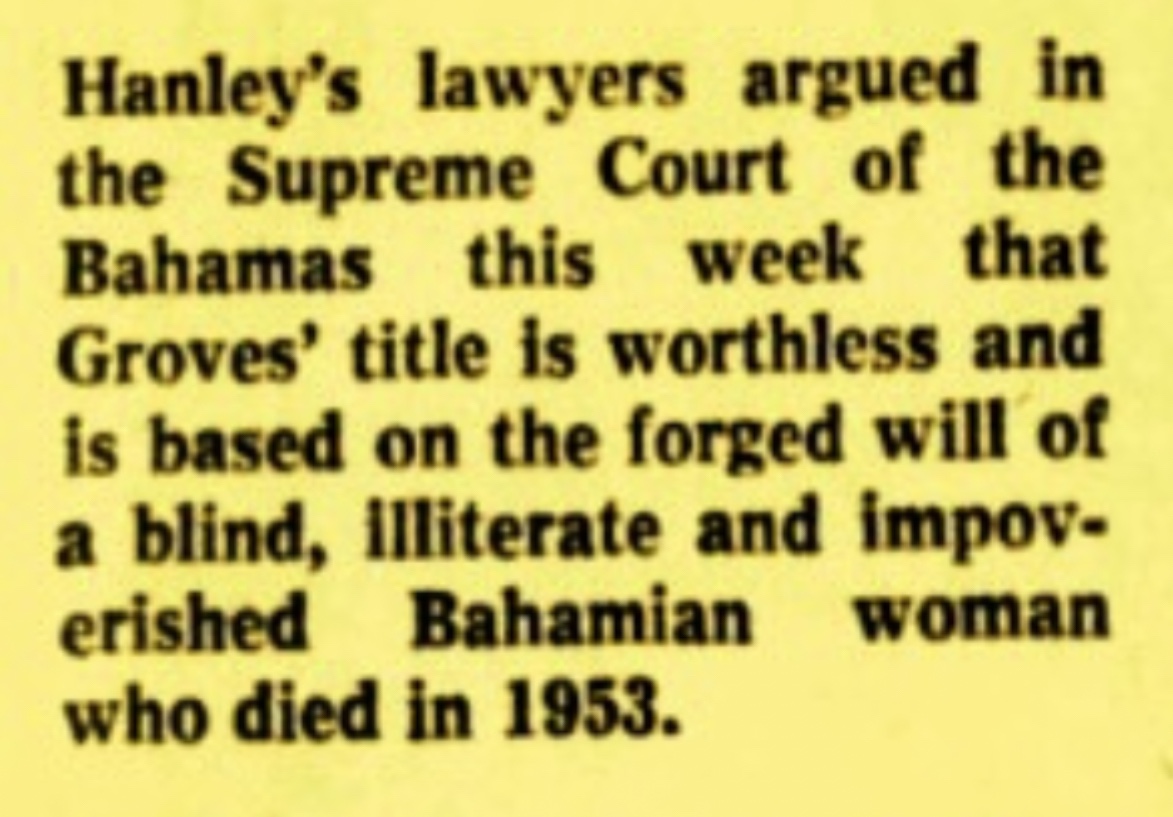 Savaletta Hanna – forged will of black, illiterate, poor farmer and LAND – You know how it ends – Freeport 1967 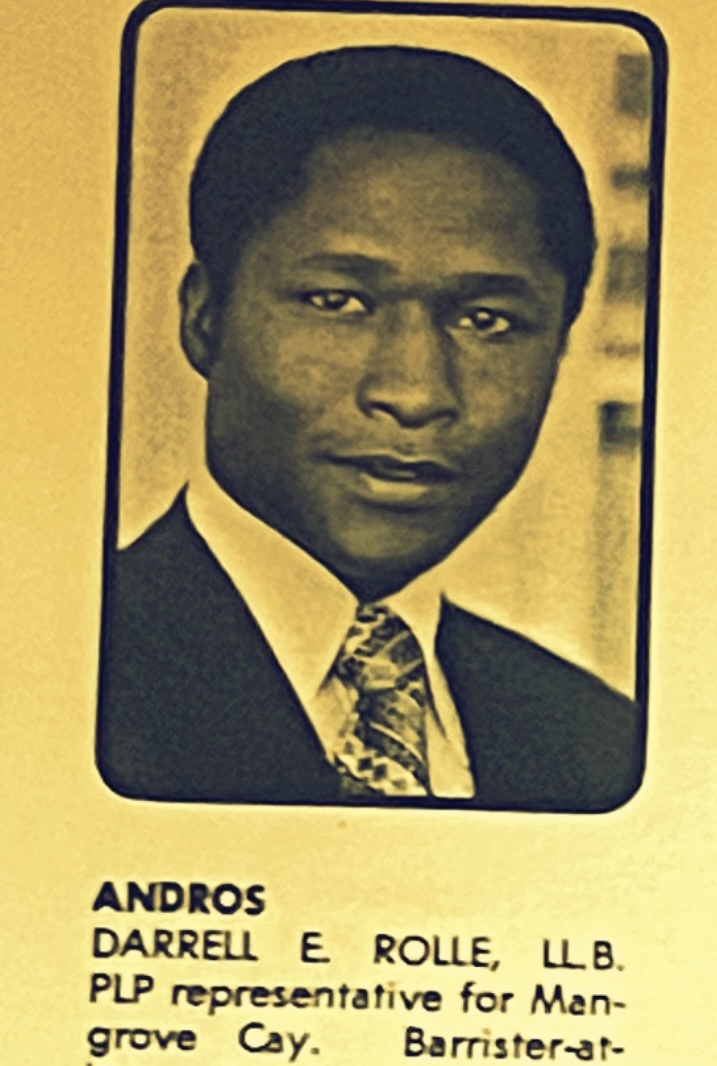