In 1836, a shocking case of domestic violence, a murder-suicide, was revealed, during a Coroner’s Inquest on Monday 22nd August 1836. There are some particularly interesting details to this sad case.

This may have been, one of the first recorded instances of an interracial couple, by name, in New Providence, after the end of slavery.

Of course, many will be quick to note the number of mulatto and quadroon persons in the Bahama Islands, obviously produced from interracial couplings; nonetheless, these numbers prior to the end of slavery, in 1834, cannot be counted as consensual relationships in any traditional or true sense.

After slavery however, evidence of interracial relationships or marriages, by name and by race is mostly inferred. Such were rarely explicitly stated, and certainly not explicitly mentioned, just two years after the end of slavery.

“Early yesterday morning, or late on Monday night, it became the duty of John T. Wier, Esq. Coroner, to hold Inquest on the body of John Foss, a soldier of the 2d W. I. Regiment, and on that of Mary Thomson, a black woman, with whom he cohabitated, in the western district.”

Ensign John Foss, a soldier of the 2nd. West India Regiment, was white. John Foss, it can be somewhat inferred was British. We can infer such details from the fact that Ensign Foss had recently returned from London onboard the ship William Forster.

On 9th July 1836, Foss was noted as being an arriving passenger.

We know that the 2nd. West India Regiment was comprised mostly of African and black native soldiers. However, there were whites in the Regiment as well.

John Foss, it was noted, had been enraged for some time. He had brutally beaten Mary a few days before he killed her.

On Monday 22nd August 1836, Mary Thomson was left in charge of her mistresses house in the Western District. Mary Thomson could have been a freed slave who was still apprenticed to her master or mistress.

Mary and Ensign John Foss lived in a nearby servant’s quarters. Mary was sleeping on the floor, in the downstairs area, when Foss entered the house and shot her.

Foss shot Mary, as she held their baby daughter to her breast. The muzzle of the gun was held in direct contact with Mary’s body. The impact of the shot, set Mary’s clothes on fire.

On seeing Foss shoot her mother, the daughter grabbed the baby and ran upstairs with it.

Foss then went outside to a nearby out-house, near the main house, where he and Mary lived. Foss went upstairs to their bedroom, and shot himself dead.

Ensign John Foss – a British soldier of the 2nd West India Regiment, who had recently returned from London – shot himself in the head, but did not expire straight away. He was still gasping for air when found not very long after shooting Mary.

Who was Mary Thomson, a black woman?

In 1835, a Mary Thomson placed an advertisement in the Royal Gazette warning trespassers off Roslin Park. Roslin, in the western district, became a Liberated African settlement.

This may or may not have been the same Mary Thomson murdered by her cohabiting partner, John Foss a white British man.

Early yesterday morning, or late on Monday night, it became the duty of John T. Wier, Esq. Coroner, to hold Inquest on the body of John Foss, a soldier of the 2d W. I. Regiment, and on that of Mary Thomson, a black woman, with whom he cohabitated, in the western district.

It appeared, that on Monday evening, Mary was left in charge of her mistress’s house, during whose absence, however, she had gone to sleep in the lower story of it, with her young child beside her, and a little girl near her on the floor— when, it would seem Foss, in a fit of jealousy, which had been rankling in his breast for some time previously, having beaten her severely a few days before, came into the house while she thus lay asleep, and shot her through the body with his musket, the muzzle of which must have been so neat as to set her clothes on fire, as these were nearly consumed when persons hearing the report, rushed into the house— the little girl had immediately taken up the child and ran upstairs with it.

Upon the perpetration of this horrid act, it is supposed that Foss immediately went upstairs into an out-house, where the two usually slept, and shot himself through the head, as he was found in that room, grasping his musket in the attitude in which he had used it, not being then quite dead, but expired soon afterwards. —— Verdicts—- Wilful Murder of Mary Thomson, and Suicide 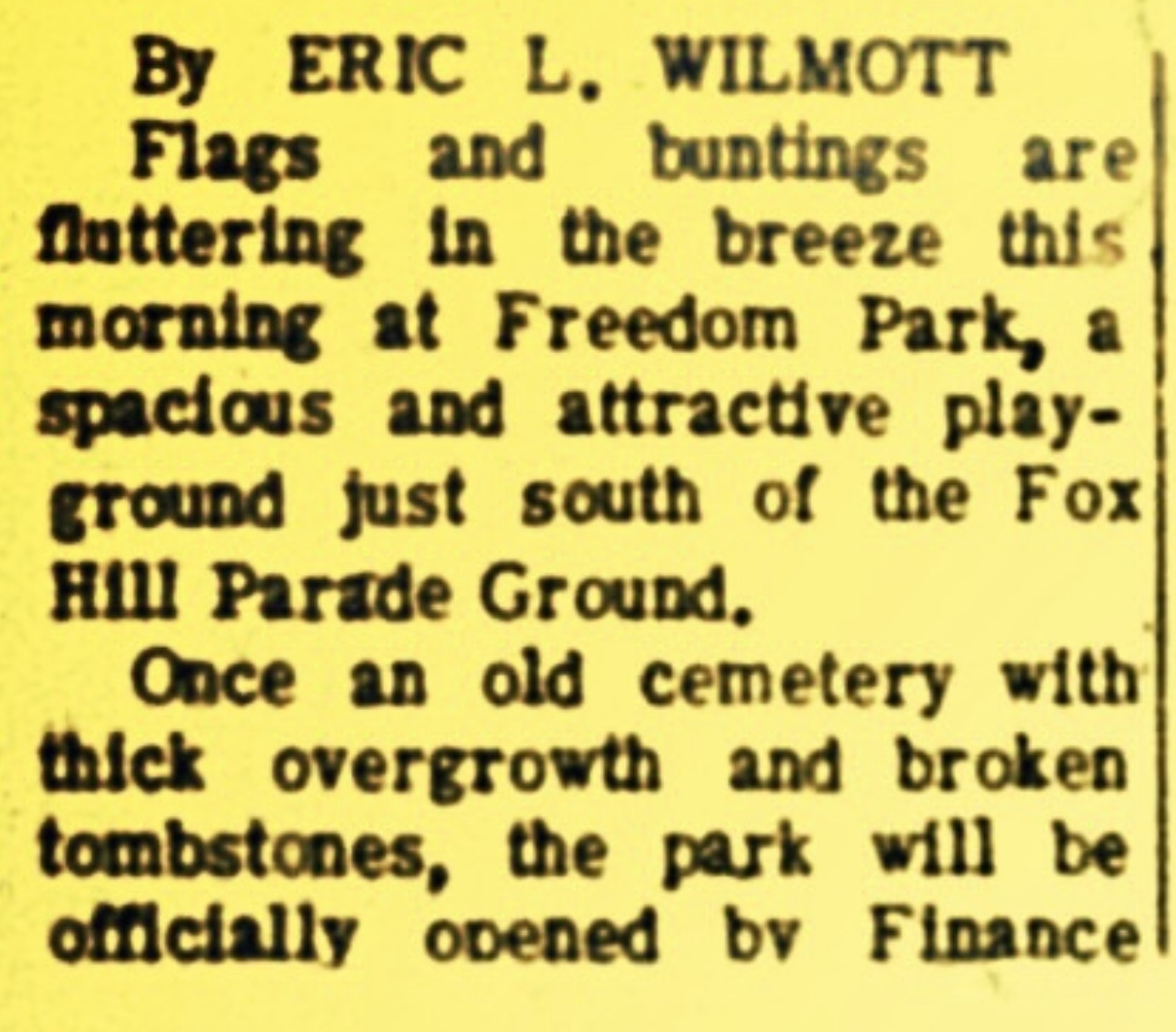