Grant’s Town, once largely swamp land, sits just on the doorsteps of the city limits of Nassau. As the 1800s were drawing to a close, it had the largest population of negroes on New Providence. The area was originally settled by Liberated Africans and free negroes about a decade or so before the end of slavery.

Living in Grant’s Town, even in its appalling conditions of ramshackle houses, open sewers, and biting poverty, offered residents an enviable proximity to Bay Street. Bay Street was the main market and tourist area on the island of New Providence. If you had goods to hawk, they were bartered for and sold on Bay Street. Other than domestic service or agriculture, most of the jobs on the island were centred around Bay Street. The sponge house, which employed many from Grant’s Town, sat near the wharf, at Nassau Harbour.

Over the decades, after emancipation, as the negro population grew, so did the government’s concerns for law and order. Petty crimes, assaults, larceny, burglaries and vagrancy were increasing as more and more of the poor lived, in large concentrations, on small plots, in one limited geographical area. Families of eight and ten lived in the same three room shacks as families of two or three.

Crime was beginning to take its toll in poor negro neighbourhoods. Already the convict population in the local jail had a steady supply of occupiers. In 1892, one observer wrote of seeing convicts, chained together, working in a gang, breaking rocks, near Market Street and East Street. Hard labour sentences meant prisoners were not going to sit idly all day long. Prisoners cleaned the streets, repaired potholes, and broke rocks to make roads.

Even though there was a fine native police force under the guidance of a constant stream of British appointed commandants or inspectors, there was every fear that crime, and unrest could possibly spill over into wider Bahamian society. There was every fear of a Haiti style uprising happening in the Bahamas.

In 1892, native Bahamian police officers were “paid £1 a week or about $5 American money.”

Around 45 convicts were guests of the local prison in July 1892.

A PROBLEM OF TRUST and ABILITY

The population ratio was approximately 80% native negroes to 20% native whites. Despite outward appearances of civility, the government of the day had little faith in the native Bahamian police force to do much of anything, other than simple policing.

For sure local police uniforms were highly decorative, their appearance was very smart. But there were grave doubts in the ability of these men to maintain law and order, if large disturbances occurred. It was for this reason Imperial British troops were stationed on the largest islands.

With an 80 to 20 race ratio, an imperial army force was there to provide military colonial government support should problems arise between whites and coloureds.

In 1891, British Imperial Troops withdrew from their assigned station in the Bahamas. This left a military authority vacuum which Governor Ambrose Shea, and the Assembly wanted filled as soon as possible.

The government, under the leadership of Governor Ambrose Shea, decided that a foreign police force was needed to keep the peace, while levying a heavy hand on criminal offenders.

Governor Shea and the Assembly sent to Barbados for 60 new policemen. They would be known as the Bahamas Constabulary. By 1892, both Jamaican and Barbadian made up the foreign police force on New Providence.

For the negroes of Grant’s Town, it was perfectly acceptable to have their collar felt by a Bahamian policeman. That was right and proper.

Grant’s Town natives soon began to feel the heavy hand of the foreign police constabulary. As the natives became more resistant to the foreign presence in their midst, the more heavy handed the treatment of them became. The residents of Grant’s Town didn’t like it one bit.

When it was observed that a Barbadian policeman had ill-treated a black boy from the area, it became the hot flame that ignited a dynamite stick of pure unbridled anger.

They smashed up the police station and stoned the Barbadian police right in the middle of Bay Street.

One policeman was killed. He had his brains smashed in on Bay Street.

Brain. Stoned. Lick in the Head.

The introduction of the Barbadian constabulary caused a riot after the people of Grant’s Town said they were treated in a brutal way by them.

NEW YORK, April 24. —– The Herald’s Nassau, N.P., correspondence dated April 15 says on the removal of the British troops from Nassau the Bahamas government sent to Barbados and they had enlisted a company of men, under the command of Captain Yarmouth, to form the Bahamas Constabulary. For the last few months there have been several complaints about the brutal way in which these men have done their duty. A constable was ill treating a little black boy on April 8. A coloured man who saw it threatened to report him. He let the boy go and rushed at the man, knocking him down. On April 13 there was an act of brutality perpetrated in Grant’s Town, a part of Nassau in which most of the blacks live. The people were so incensed that they turned out 2,000 strong. They burned the guard room and beat the constable and captain Yarmouth terribly.

A constable had his brains knocked in the city two days later. When his brothers in arms heard this they turned out with fixed bayonets and cleaned the streets wounding one man dangerously, and only after a great amount of trouble Governors Shea and the superintendent of police quieted the mob.

It is expected the blacks will make an assault on the constabulary barracks.

RESPONSE TO RIOT IN LONDON

In connection with the dangerous outbreak at Nassau, in the Bahamas, that has just been reported, the following statement by and eyewitness may be of some interest. .It is an extract from a letter which I have been permitted to peruse, from a highly intelligent American gentleman who happened to be on the spot at the moment, of the complete discomfiture of the armed Constabulary (mostly Barbadian Negroes), abject uselessness, as recently organised under civilian command, was abundantly proved on this occasion.

The coincidence of this trouble with the sanguinary riot at the Dominica should open people’s eyes to the folly of the scheme, now in course of execution, of concentrating our West Indian garrisons in one island (Trinidad), fortified as a central plas d’armes.

The worthy gentleman who, comfortably seated at their desks in London government offices, evolved from the clerky inner consciousness this theoretically symmetrical but practically absurd arrangement for ensuring the uselessness of our soldiers, totally lost sight of the consideration that, while British troops are scarcely likely to be called upon once in a century to defend our West Indian possessions against an external foe, their perennial and visible presence is the only security that exists against the possible conversion at any moment of one or other of these beautiful islands into a dismal replica of miserable Haiti.

The danger is especially imminent for the Bahamas, with only 3000 white inhabitants among 47,000 coloured people, who are daily becoming more conscious and more impatient of their scandalously corrupt misgovernment for the benefit of a notorious clique of some half-dozen families.

For this misgovernment, temporary reconstruction as a Crown colony has become the only possible remedy: except, perhaps, the appointment of an exceptionally strong, energetic and independent governor.

In their hurry to withdraw the very last British soldier from the Bahamas, the home authorities have just sold off, for a mere our song, not only all the War office property, barracks, forts, &c., in the islands, but inadvertently, of course,—– certain valuable premises that we’re not theirs to sell, having been only temporarily lent for military purposes by the Colonial to the Imperial government.

Here is the extract I have above referred to:-

On Saturday night last (April 15) a mob attacked the guardroom in Grant’s Town (close to Government House), burnt the beds, broke everything up, and left in a pile of ruins: several of the Constabulary were badly beaten and the captain badly injured. And now today (17th) large crowds are congregated around the public buildings and declaring that if the Constabulary are not taken away at once they will drive them into the sea.

The authorities seem to be dumbfounded and unable to do anything, and if they do not change their course of action at once I am afraid we may have a serious time.

A former resident (non-official) in the Bahamas

British Imperial Troops Called Back To Keep the Peace

Everyone knew what had to be done. No amount of calming cups of tea or empty promises would suffice. To keep the peace, British troops were called back into service on New Providence.

British gunboat Partridge, which was dispatched from Hampton roads to the Bahamas, in consequence of the report that a Negro rising had taken place, and that the captain of the British gunboat then on station had been wounded while in Devoran to quell the disturbance, as according to telegrams, arrived at her destination.

There are no further details as to the cause or extent of the outbreak, but it is indicated that the landing of the bluejackets from the Partridge has had the effect of restoring tranquillity, and that border now prevails throughout the islands.

(The Sheffield and Rotherham Independent, Monday May 8, 1893) 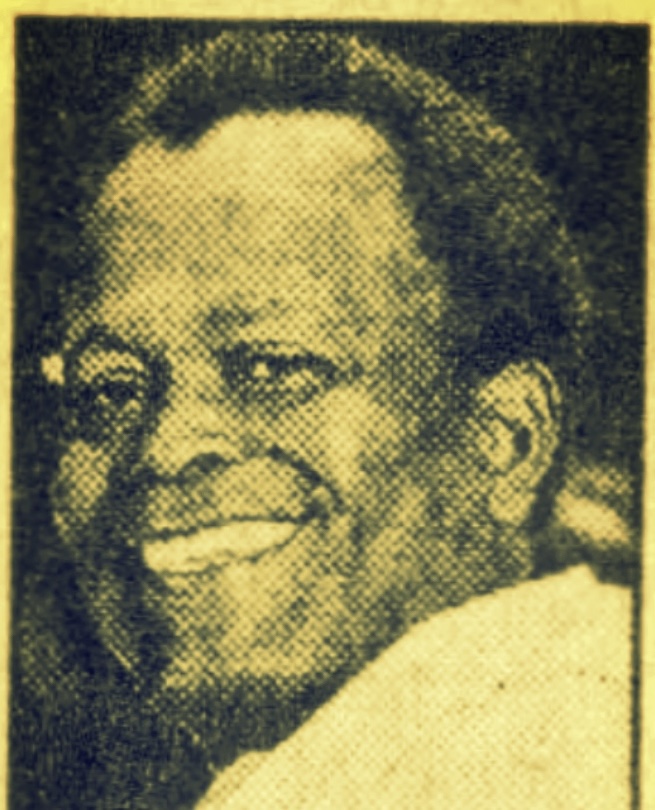 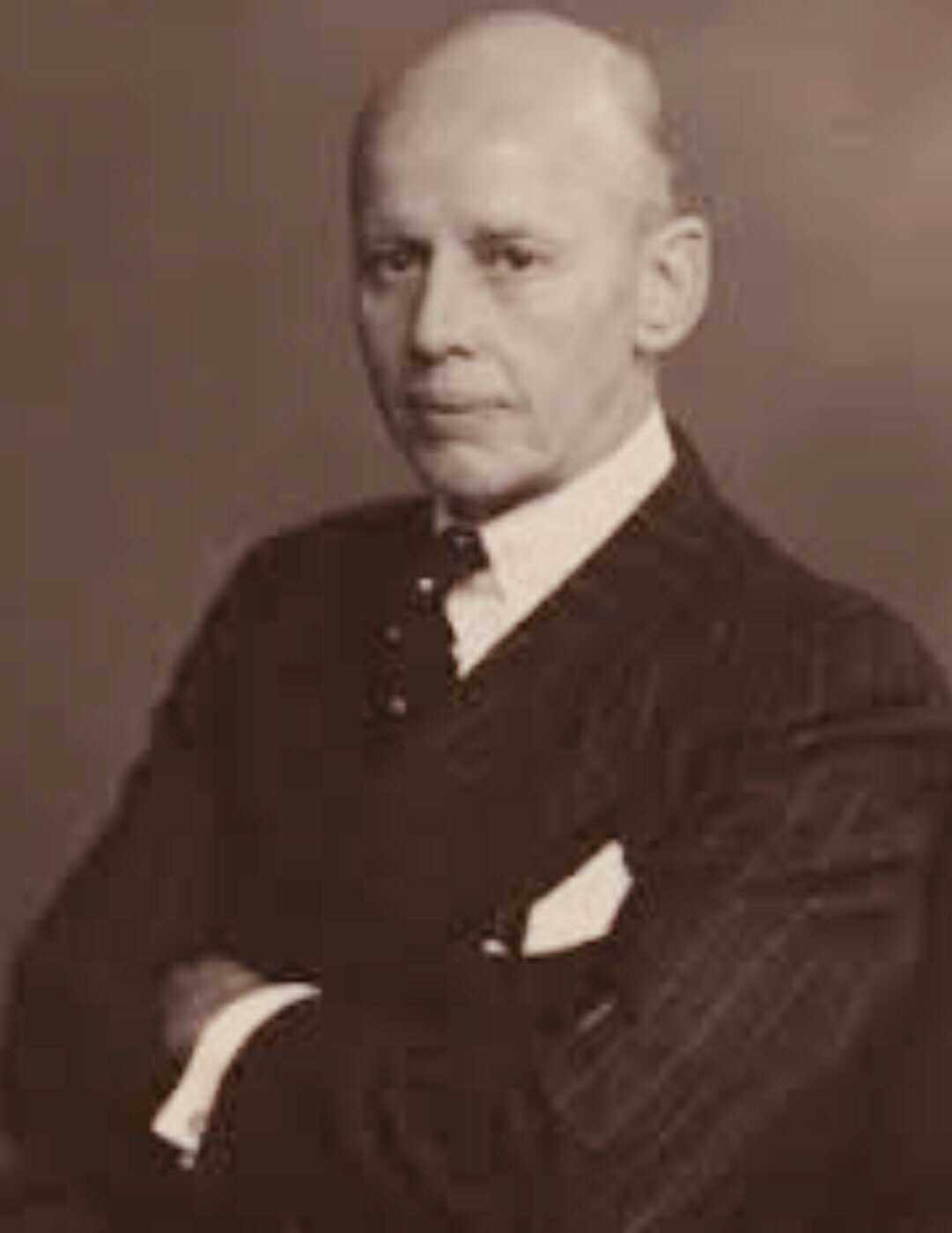