By 1894, the acrimony which existed between the two settlements of Harbour Island and Spanish Wells was most definitely between white folks. No black person, in their right mind, back then, would have had the temerity to call a white man ‘trash.’ A negro could have been crazier than paltry pigeon thinking he was a pink pig, and even then, he would have only dared think it. Maybe not even think it. But, as sure as night followed day, the holy heavens would have fallen in first, before a negro said it out loud.

That’s just how it was in the islands.

And just because one white man called the other nigger that didn’t mean he was actually black. No sir! What it really meant, when one white man called another white man the N word, it said, in no uncertain terms that they knew somewhere along the other’s ancestral line, some real bona fide negro blood, had been interjected in the biological proceedings. Everyone in the Bahamas knew from slavery days, you needed at least four generations of unmixed blood lines to be considered fully white.

For some, maybe only a couple generations had passed because they kept dipping in back and forth.

Such were the times. Lord have mercy!

(In 1894, black folks in the Bahamas were mostly portrayed as carrying water buckets or baskets of produce on their heads, even while dressed in their Sunday best for church)

That’s just how it was in the islands. There was white, and then there was shades of white. There was ‘trace my unbroken European line back to the year 17 something or other,’ and then there were hues and shades of “Conchs” lineage. (Conchs was the derogatory term used by emigrating British Loyalists from America when referring to the Bahamian whites they met in the islands)

Now when white folks be fighting, black folks knew better than try to intervene in these domestic squabbles, lessen they wanted to get put in their place. And by their place, they didn’t mean in the back of the bus. They meant somewhere in the deep ocean.

So as the fever pitch of tensions rose between Spanish Wells and Harbour Island, some fancy pants from America by the name of Mr. Edward L. Sabin, decided to write about it.

By 1894, there were some serious ten-pound heavy words being lobbed between the inhabitants of Spanish Wells, and the inhabitants of Harbour Island. In plain speak they couldn’t stand each other. At one point in 1894, according to Spanish Wells resident Joe Pindar, there was talk of war. ‘Real war is what I is telling you boy’ (in Bahamianese speak).

Harbour Island laid claim to having aristocracy living in their numbers. A consul lived there. A doctor from Pennsylvania with honours from Princeton lived there. And people dressed in patent leathers and immaculate collars lived there.

In Spanish Wells on the other hand, didn’t even have proper streets and the houses were (in Bahamianese speak) ‘where you put me’. This meant, they were all over the place with no uniformity or fashion.

It seems that the war of words turned into acts of biological warfare when a cholera outbreak hit Harbour Island. Once the cholera had invaded Harbour Island, and the death toll started rising, the inhabitants of Spanish Wells declared a quarantine.

In retaliation, Harbour Islanders would sail around the cordoned off area and shake their cholera infected blankets in the wind toward Spanish Wells. If they weren’t allowed in, at least maybe they could kill a few of the enemy. 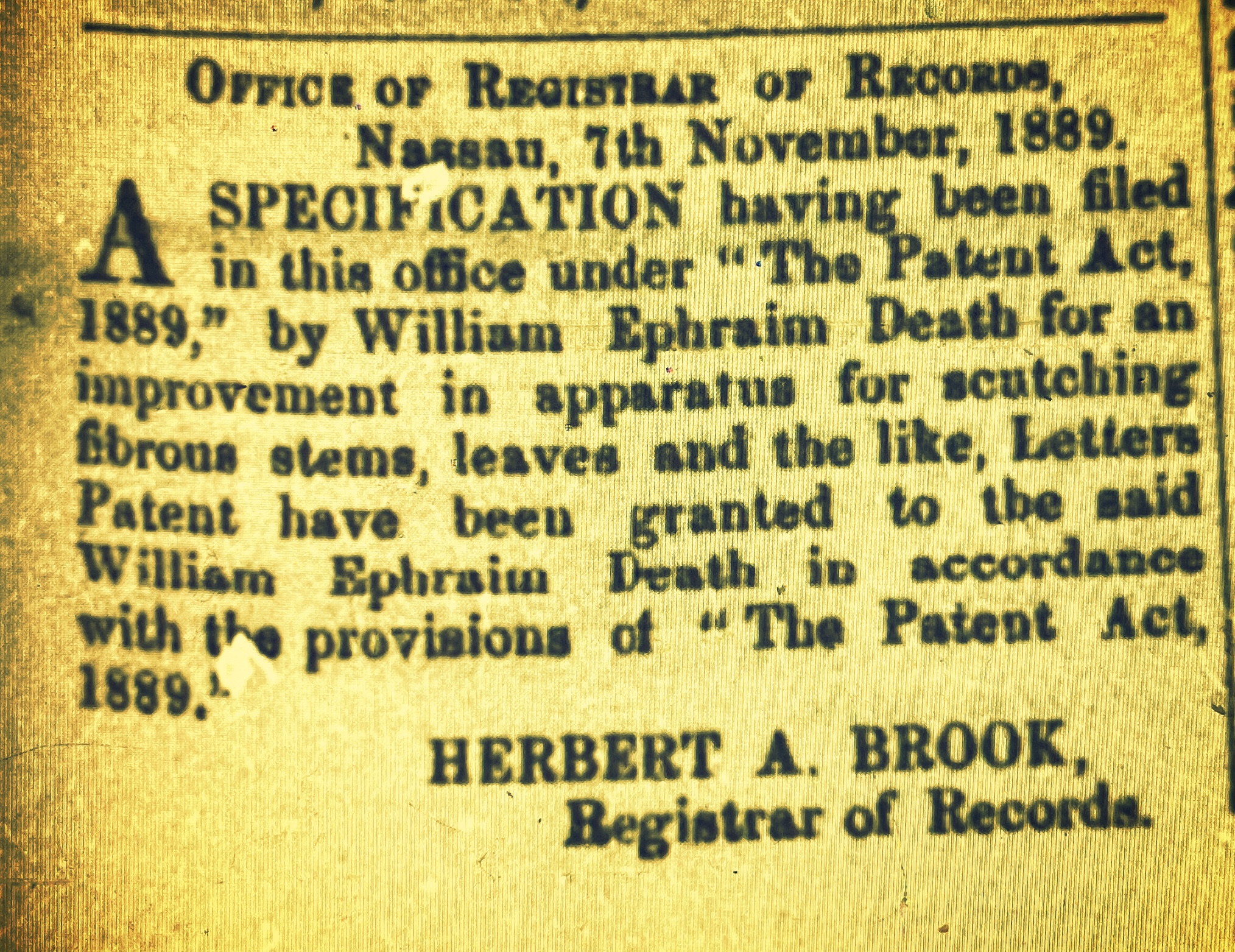 Pronounced dead before he actually was, or alive after he was actually dead Governor John Tinker, 1758