Confusing for sure. Once instilled however, in the minds of many generations after the Middle Passage, whatever the good book espoused, it was adhered to, without question.

By the time majority politics became the reality for the negro, in the Bahamas, in 1967, nothing much had changed. If anything, religion was even further entrenched within the fabric of society, as the church controlled the thinking of large blocks of black voters. The civil rights movement, underpinned by religious sentiment and religious leaders, highlighted the plight of the oppressed negro masses. It promised to the faithful, a Moses to be sent, to lead them out of the wilderness of racism.

By January 1967, when the first negro majority gained control of the government, all thanks and praises, for the victory, was given to religion. “The voice of the people is the voice of god” so many would chant after every general election, depending on who won, of course.

The link between god and politics, in the Bahamas, was firmly rooted.

In 1966, the white minority UBP government was enjoying uncommon economic success, based primarily on the introduction of resort holidays and casino gambling. Yes, the religion-right, in the Bahamas, had vehemently objected to casinos on morally established religious grounds. However, gambling promised to reap economic rewards that were certain to surpass the past economic model of selling surreptitiously quieted land and crown land to the highest bidder.

Incredibly, the issue of gambling introduced in 1958, in the 20th century, would continue to divide the nation on moral/religious grounds and the race argument, well into the 21st century.

Cyril Stevenson, Opposition PLP Member in the House of Assembly, wrote in 1958…

“There is not an intelligent man in this community who will deny that gambling is bad for the colony… Yet, in this country there are a group of men who are determined to destroy the colony and its people.”

Evil was espoused in the bible. Gambling was evil, everybody knew that. Whatever was said to be evil was attached, in measured doses, to the thinking governing The Bahamas, in that first decade after 1967.

Attitudes to gambling like those expressed by the Rev. Edwin Taylor, Chairman of the Bahamian Christian Council in a 1977 interview painted gambling as something stupid Americans, on vacation in the Bahamas, did with their money. Gambling was not something wanted for Bahamians by Bahamians.

However, there was very little, if any major crime associated with, or attributed to gambling in 1977 according to then Commissioner of Police Slathiel Thompson.

“The natives like the low level of crime, the somewhat easier security, which an isolated gambling operation can facilitate.”

Aside from the issue of tourist gambling in casinos, there was also the issue of local Bahamians gambling. Horse racing was still big business. If Bahamians wanted to place sporting bets, they would have to satisfy themselves with the horses.

All other types of gaming was prohibited.

The thinking was, the Bahamian had to be protected from himself, according to laws and the way of thinking at that time.

FOCUSING ON THE MORAL EVILS OF GAMBLING, BAHAMIANS NEVER FORESAW THE STORM OF DRUG TRAFFICKING WAS ABOUT TO LAND ON ITS SHORES

In 1977, the angst over being a Christian nation, making gambling its primary source of economic profit, inexplicably still remained. It remained so much of a focus that the nation never foresaw the storm of miserable profit that cocaine and illegal drugs was about to unleash across the Bahama islands.

Tourism, was anchored by the attraction of casinos. Despite the wish of the Bahamas Christian Council in 1977 that it should all somehow go away, even they recognised that that prayer was not going to be answered.

Casino gambling was making no crime waves in Nassau, it was acknowledged, despite the most faded and withered arguments still proffered against it.

Organised crime that initially brought casinos to the Bahamas had moved on or underground after the negro led majority rule election victory in 1967. Mafia personalities like Myer Lansky and others of the late 1950s who were the shadowy figures behind Bahamian casinos in their inception, disappeared into the American casino business. If truth be told, they were not prepared to negotiate with negroes, in the 1960s, no matter what high office they held. Negroes, was where many old school American Jewish and Italian mobsters drew the line. They would not do business with them, no matter what money could be made.

“The natives like the low level of crime, the somewhat easier security, which an isolated gambling operation can facilitate.”

The onslaught of drugs across the Bahama Island took Prime Minister Lynden Pindling, the ruling Progressive Liberal Party (PLP), the church and the Bahamian public by surprise. What revenue some Bahamian based casinos turned over in six months, the new cocaine cowboys, of the Bahamas, made in one night.

By 1977, more and more Bahamians were being arrested in South Florida for smuggling. Some were caught with millions of dollars worth of cocaine, with intent to supply, in just one single shipment.

When massive cocaine smuggling, drug murders, guns, gang warfare and based out crack heads began to flood the streets of Nassau, by the end of the 1970s, it decimated the reputation and the lives of countless Bahamians, the government, the politicians, the police, immigration and customs officials, the young and the old, and indeed the church.

Fact of the matter was, the Bahamas never saw it coming! 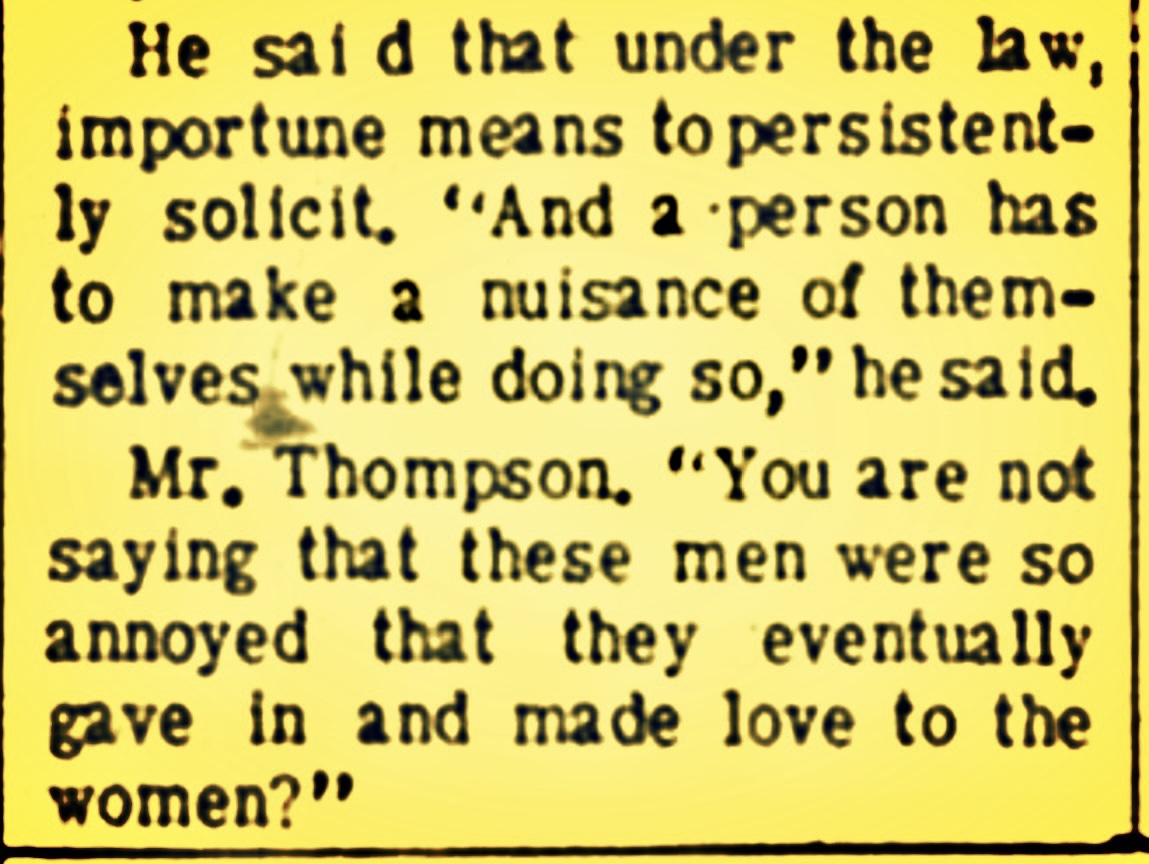