That same Prospect Ridge. That small hill connecting West Bay Street to John F Kennedy Drive, in Nassau, was once a thriving plantation, worked by slaves. During slavery, it was called Prospect Hill.

Prospect Hill in 1827 was worked by a number of slaves including Sylvia 8, Adam 7, Charity 3, and their mother, Mariam 39, all field slaves said to be accustomed to plantation work.

In 1938, over one hundred and eleven years later, Prospect Hill, renamed Prospect Ridge, after changing hands in pieces and parcels, had finally been sold in one massive land deal by Sir Harold G. Christie to Canadian millionaire Sir Harry Oakes.

Oakes, with nothing better to do, while lazily enjoying his time in The Bahamas, set about playing with his new toy. He started clearing down his land, which would come to amount to, about half of the most expensive land in all of Nassau.

Harry Oakes bulldozed what may have been some of the last vestiges Bahamian slave history. You can’t blame him really. Harry Oakes was a foreigner to The Bahamas in 1938. These artefacts meant nothing to him because, at the time, they really meant nothing to Bahamians.

1827 – Prospect Hill and its Slaves For Sale

If anything positive can be offered about this pitiless part of history, is that, it appears they tried to sell the slaves in family lots. For example, Marram 39 was obviously the mother of Sylvia 8, Adam 7 and Charity 3. They were being sold together as a lot of 4.

Whether or not the auctioneer was successful in selling families as a one unit lots, this we cannot know. Probably not, when you think about history. These slaves, when sold, may have been transported out to any number of slave colonies. There was no guarantee that they stayed at Prospect Hill which was being sold separately. 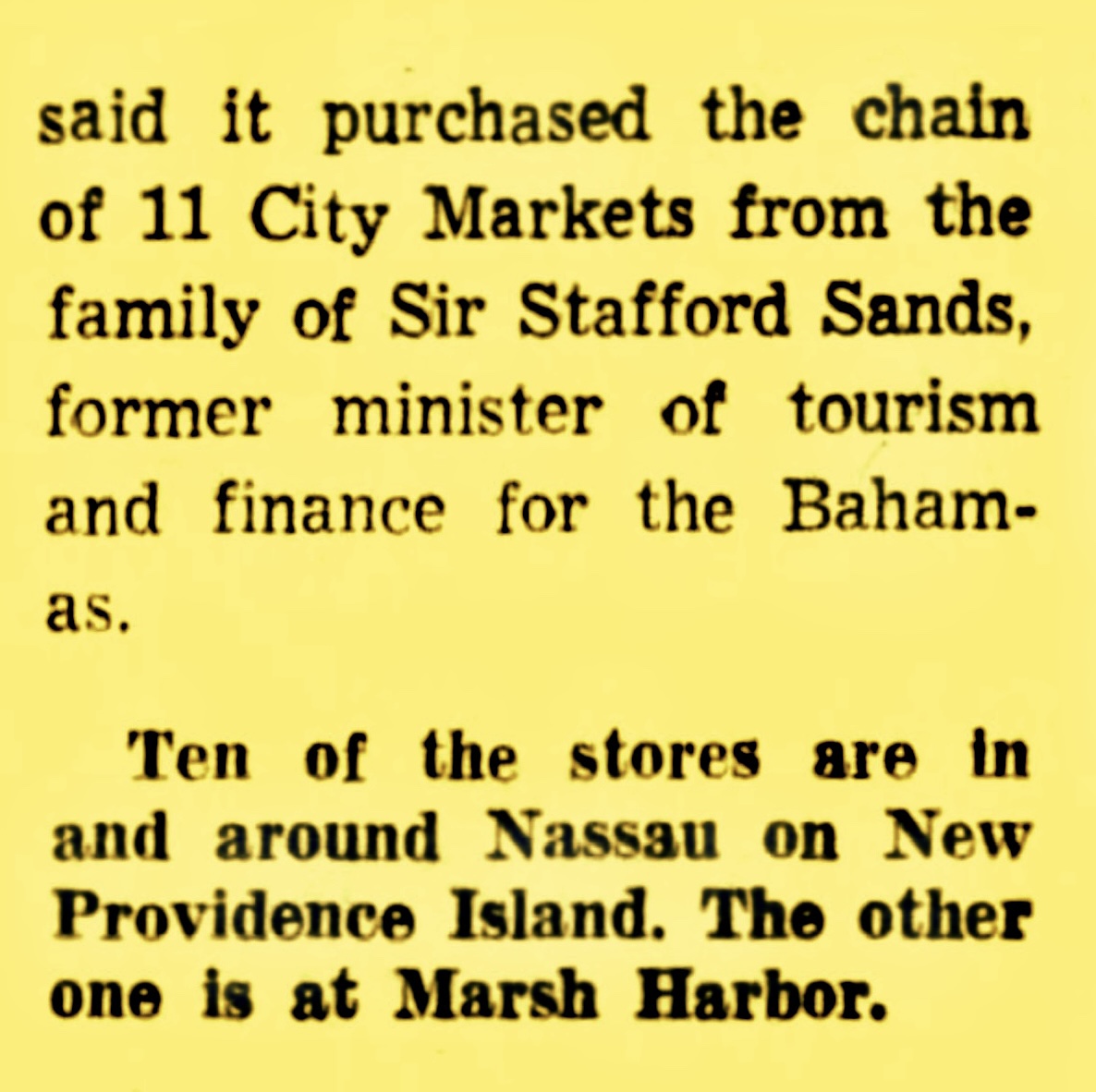 Stafford Sands was so mad after UBP lost in 1967, he sold the lucrative monopoly City Markets