I hope that revisionist, racist book on the glory of Confederate history, given to the Nassau Public Library in 1962, has long since been burnt. Hopefully, some dutiful librarian found a place for it near some flaming pieces of coal.

Segregationists, racists, revisionists and those ‘good ole boys’ and gals apparently, were bold as brass, in the Bahamas, one time ago. Well why not. Nobody had the temerity to challenge them. While negroes in America were fighting for civil rights, while the likes of Martin Luther King, Malcolm X, Marcus Garvey and others were fighting for basic dignities for blacks; on the other hand, there were long standing, well funded, well organised, nationally coordinated groups across America silently working to herald the old days of unfettered white supremacy. Every one of them cloaked under the guise of benevolent organisations.

And of course, these self-styled benevolent organisations were reaching out, across borders, to those who seemed, well shall we say, likeminded.

The 1960s, during the height of the civil rights movement in the Bahamas as well, saw all sorts coming to the Bahamas to shake hands with the old minority-led UBP government. They would invariably leave with understandings, deals, contracts and land papers tucked neatly in their briefcase, and indeed, in their little leather purses.

Minister of Finance and Tourism, Sir Stafford Sands, seemingly stood front and centre to welcome just about anybody.

In 1962, representatives from the United Daughters of the Confederacy in their attempt to relive misbegotten old blockade alliances, between the Bahamas and southern slave owners, during the American Civil War sought out Sands while in Nassau.

Not long after the end of the American Civil War, with the help of southern women, institutionalised racism, revisionist history, the Klu Klux Klan, and a sickening myriad of Southern segregationist groups were organised and well funded. Their outward goal was to supposedly preserve the biggest ideals of Confederate history, a history that fought to keep negro slavery, and moreover were more than prepared to die in war for it.

In the July 2019 issue of HISTORY TODAY (England) there is an article on the women groups which covertly supported the Klu Klux Klan. “A Hidden Chapter: Women of the Klan,” traces the history of the women’s groups which helped to spread the white supremacy message of the long dead Confederacy, almost from the very moment they lost the American Civil War, the war over the question of negro slavery.

The United Daughters of the Confederacy have long steadfastly refused to call the American Civil War just that. Their mantra has always been to refer to it as the War between 1860-1865 or the war between the states. All revisionist rubbish.

The United Daughters of the Confederacy is one the oldest organisations of women of Confederate blood history.

Their historical aim was to retell the Confederate loss in the American Civil War. Throughout all of it, since their founding in 1894, there has been no mention of slavery or the real reason for the war. In fact, they refute even the words civil war as a characterisation of what truly happened.

I guess everyone wants their own version of history written where they either play the hero or the misunderstood.

1993 – Mayor of Pulaski, Tennessee, Takes Down Plaque To Commemorate Birthplace of Klu Klux Klan Attached To Building The United Daughters of the Confederacy In 1917

1918 – PRESERVING RELICS OF THE KLU KLUX KLAN FOR FUTURE GENERATIONS

Mr. Stafford L. Sands, M.H.A., has received a copy of the history book of the United Daughters of the Confederacy for use in the Nassau Public Library.

Presentation of the book was made at the United States Consulate yesterday by Mrs McCall Henderson Imes past Alabama State President of the United Daughters of the Confederacy. She arrived in Nassau yesterday on a one day visit in the Queen of Bermuda.

Mrs. Imes who is also President of the Columbia Arts Club, the oldest in this capital city, pointed out that the ties that existed between the Bahamas and the southern states during the Civil War, er, as she preferred to call it, the war between the states.

She bore with her a letter of introduction from Lister Hill, leader of the United States Senate’s Committee on Labour and Public Welfare.

CONFEDERATE LEADER: Mrs. McCall Henderson Imes, Past President of the Alabama State United Daughters of the Confederacy, presenting copy of her organisation’s history to Mr. Stafford Sands. M. H. A., for use in the Nassau Public Library. At leftis Miss Olive M. Jensen, US Consul. 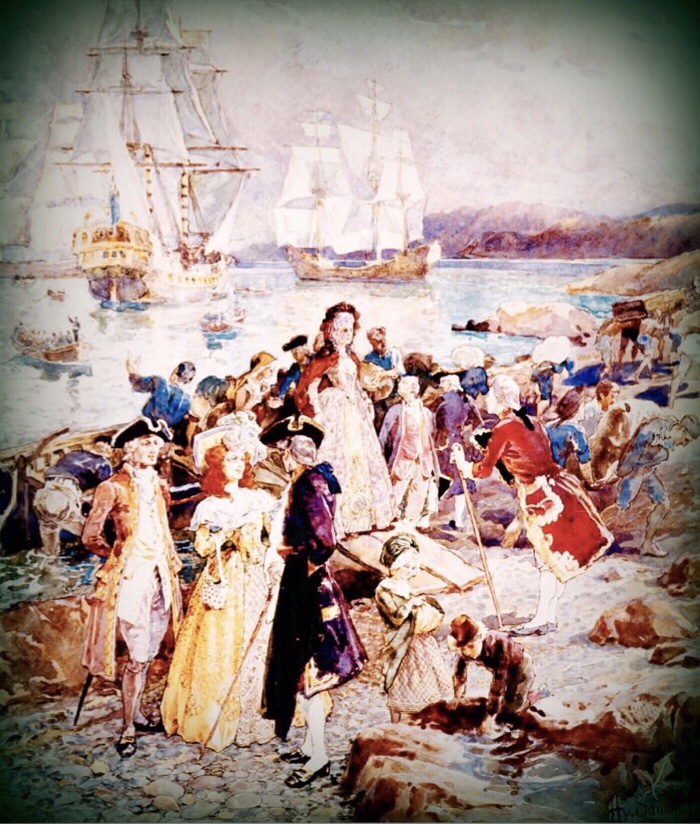 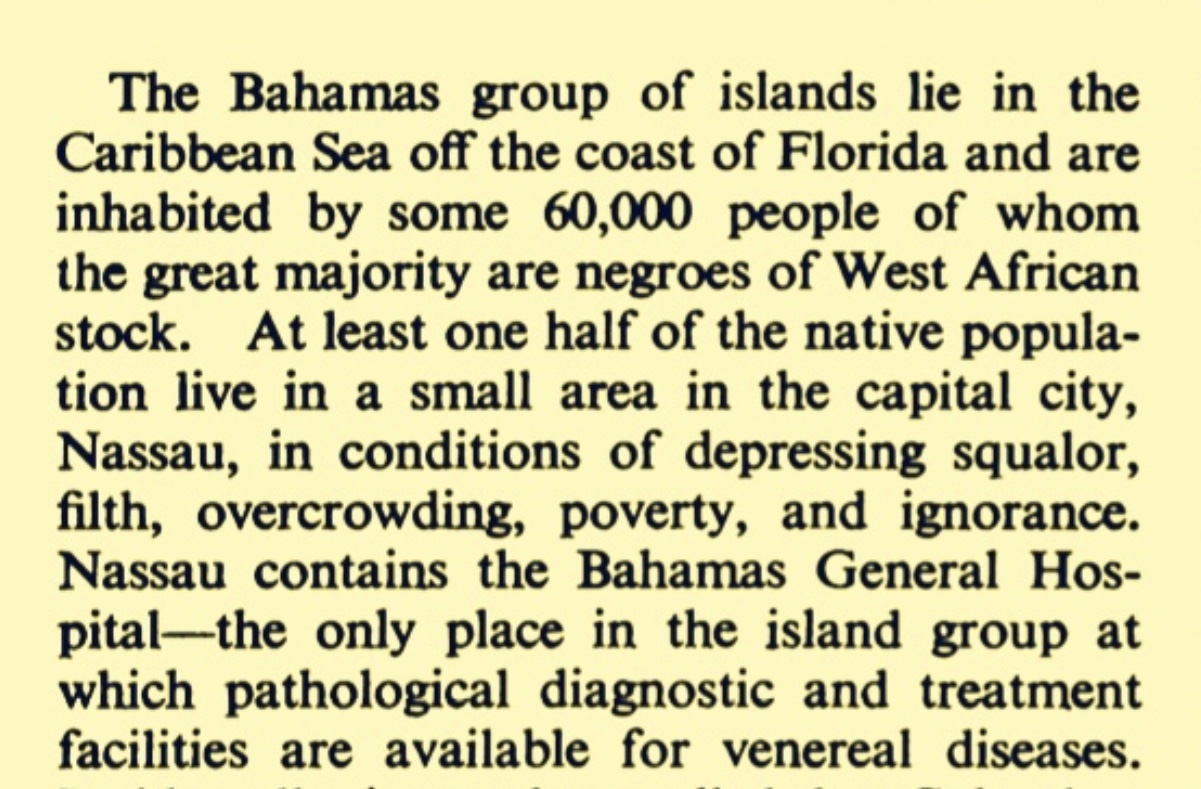