White women have been largely overlooked, in the history of the Bahamas. In the early era of Bahamian time, white women in their long petticoats, were altogether invisible entities behind the tall personas of their husbands. A woman’s place was firmly fixed in society. This was particularly true, the higher up the social ladder one went. The role of white women was to prepare for marriage, maintain an orderly house, produce heirs, and to stand resolutely behind their husbands. And if they happened to come with a sizeable dower or land, bestowed by a father eager to make a good match for his child, then all the better.

White women went from young woman to bride at the respectable age of 13 to 18 in the islands. They became Mrs. His-Last-Name, and that was that.

When the early settlers made their way from England to the islands, only men were in positions of power and influence. Then the Loyalists came, bringing their firmly entrenched societal mores of the Americas with them. Women weren’t even allowed to work outside the home in 1784. Quite naturally, only male achievements were recorded in the history books.

By the 1800s white women again continued to be altogether invisible contributors to history. Other than being wives, mothers and homemakers, the historical records produced very little of their contributions to Bahamian society. In the book ‘The Early Settlers of the Bahamas and Colonists of North America’ by A. Talbot Bethel, he records the biographies of the Descendants of the Early Settlers, Loyalists and other inhabitants in General. Of the 222 biographies, extending all the way to include Harry Oakes, Stafford Sands and Roland T. Symonette, not a single biography, is that of a woman.

This is an egregious error considering that Bethel makes mention of the grandson and son of Edwin Moseley the Proprietor of the Nassau Guardian but makes no mention of Mary Moseley, the granddaughter of Edwin. Mary Moseley became owner of the newspaper in 1907 and published the first edition of the Bahamas Handbook in 1926.

The early 1900s however, proved fortuitous to upper class white women in Bahamian society. The era of charitable work began and became all the rage. It gave women of means something to do, and those women in Nassau, not blessed with money, something to aspire to.

White women had maids and housekeepers to do the housework, and husbands to earn the living. On the whole, white women were having fewer children. The era of twelve and thirteen babies had passed for this demographic group.

These women now had more leisure time on their hands.

The days soon began to be filled with a multitude of socially acceptable activities.

The era of charitable work began. White women began volunteering their leisure time, in the pursuit of finding self and social meaning. The world that was changing fast, and right before their very eyes.

The Nassau Dumb Friends League in 1908, is an example of the newly fashionable, socially acceptable activity, for white woman, of high Bahamian society.

A Mrs. Jamet is the originator, Miss Grey-Wilson (daughter of the Governor Sir Grey-Wilson and a Miss Tuck is the Secretary.

By the 1950s, as the civil rights era began in the Bahamas, like it did in America, the social, business and economic contributions made by white women, became eclipsed by the push for social order.

On Tuesday July 3, 1962 as the historic moment dawned for all Bahamian women, it was only a twist of fate, a chance moment, that the first woman to register would be black, Ruby Ann Cooper clerk in the registrar office, while the white lady, probably her supervisor, stood in the background, remains nameless to this very day.

Maud Marion Esther Culmer, a white woman, a Bahamian, and a world explorer 1922

It seems, almost too incredible to believe, that in 1922, just a few years after the devastation of World War I, a Bahamian woman, set out to travel around the globe, to explore the known world, without a penny to her name.

Can it really be that a Bahamian woman, from 1922, had long joined the ranks of great female explorers, like Nelly Bly, who travelled the world in 72 days, or Amelia Earhart, the first woman to fly solo, or like Jeanne Bare, who circumnavigated the world, disguised as a man, and no one recorded this incredible feat for posterity.

She had no children and did not marry.

She was the daughter of the Honourable J. W. Culmer and the younger sister of Dr. James Culmer. Her mother called her Maudie.

According to the book aforementioned by Talbot Bethel, the Culmers “were among those settlers brought from England via Bermuda by Capt. William Saul’s in 1640.”

Maud Culmer, Nassau, Bahamas, Here to Earn Money for Next Leg of Journey

Honolulu has in its midst another globetrotter who is making the grand tour on a self-sustaining basis in the person of Miss Maud Culmer , of Nassau, Bahamas Islands, who arrived last evening from San Francisco on the liner Wilhemina.

She is now on the third stage of her unique tour. She follows a most unusual course of procedure which in these days might well be emulated by others, who so frequently say, “Oh how I’d love to travel,” for she said the same thing and then started out, deciding to earn every penny for the cost of the trip as she went along.

“I do anything I can get in the way of work with my hands,” said Miss Culmer in explaining how she does all this. “for instance, I arrived in San Francisco with three dollars left in my pocket, after meeting all my expenses from Panama. I will confess, with the employment situation as it is, I did find it at first difficult to secure something to even meet my daily needs.”

She said that before she was successful in securing work she was forced to watch others eat, but perseverance won out and she succeeded as a chambermaid and seamstress, but earn enough to pay her way here.

Just what she will do here to earn the rather large sum of money needed to take her on the 10 days’ journey to Yokohama she does not know.

In the end she says she will write a book called “Just Pushing Around.

Maud Culmer had an incredible life. She seemed to be restless, and not comfortable in remaining in one place for too long. Maud was undoubtedly a maverick in her time. When she decided to travel around the world, all by herself, with no money and just existing off of odd jobs, she must have shocked whatever family she had left.

Maud’s father the Honourable JW Culmer died in 1913. Her mother, who was 40 years old when Maud was born must have passed away by 1922, as well.

Maud was on her own. Maybe losing her parents, is what inspired her to journey around the world.

Whatever it was, Maud seemed to spend time on boats, than she did on land.

1915 – January 14, 1915 – Maud Culmer 29 years old leaves Nassau, Bahamas bound for New York onboard the ship the S.S. Vigilancia. She gives her birthplace as Tarpum Bay Eleuthera. She states that hee brother is Dr. James J Culmer is her nearest relative.

1920 – 31st July 1920 – Maud 34 years and 11 months old, sails from Southampton England to New York USA. Her profession is HomeKeeper. She states that she lived with her brother, Dr. Culmer who lives in Wishwood, Birmingham, England.

1922 – 22 February 1922 – As far as what can be extracted from the newspapers Maud Culmer, (born about 1886) a Bahamian woman, then 36 years old, arrived in Honolulu, Hawaii on 22 February, 1922. She had arrived onboard the ship Wilhelmina. She had come from Sausalito, (San Francisco) California.

1922 – 27 September 1922 – Maud Culmer, having worked odd jobs since February 1922, finally has enough money to continue her journey around the world. She boards a ship (the Shinyo Maru) sailing for Yokohama, Japan.

She gives her place of birth as the Bahama Islands. She gives the country where she lived before entering the United States in 1921 as England.

1938 – 26th November 1938 – Leaves England via Liverpool onboard the ship Orduna. Maude Marion E. Culmer now 53 years old is scheduled to disembark in Nassau. She states her profession as a Domestic. Her address in England was 8, The Walton, Brecon. She gives her intended permanent address as the Bahamas

Maud comes home to the Bahamas.

Historical Footnote: There are one or two people trying to trace a ‘Maud Culmer’ from Eleuthera. As a note, there are two more Maud Culmers, who lived around this same time. This Maud Culmer though, from all that can be surmised, had no children and never married. It is unlikely that she was anyone’s mother or grandmother. 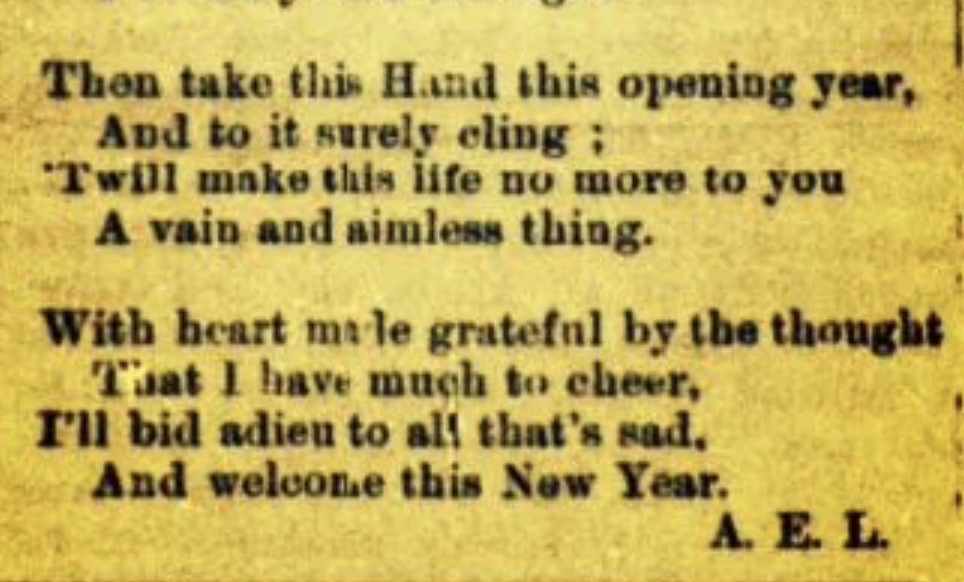 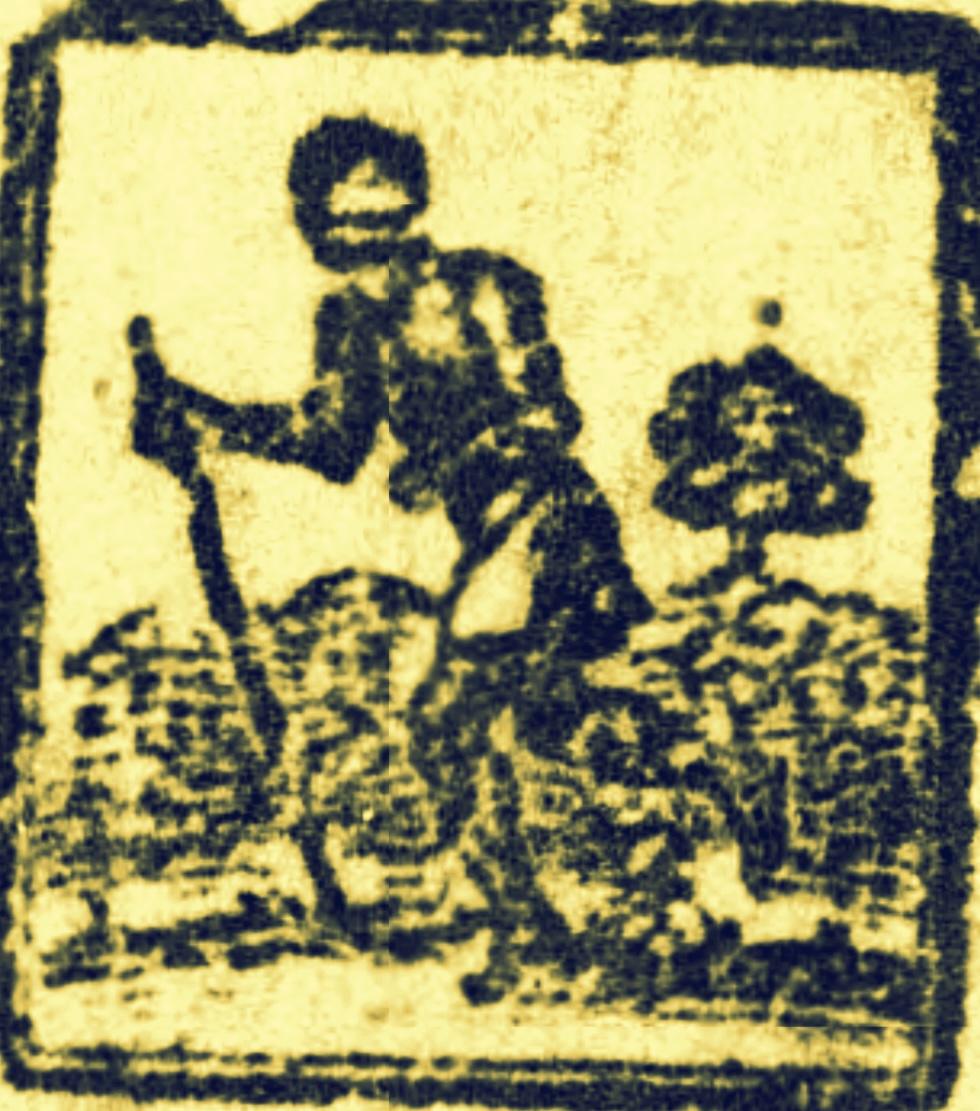 Dr. John Coakley’s Slave Branded On The Chest With I.C.