Rock Sound, Eleuthera was once known as Wreck Sound. It was called Wreck Sound during the ferocious pirate years when untold numbers of ships found themselves literally wrecked in pieces in the shallow waters. Over a few hundred years, suffering under the infliction of inflection in pronunciation, Wreck Sound became Rock Sound.

The pre-independence development vision for Rock Sound began in an era of stagnation, brutal poverty and a level of primitiveness which crippled the social development of the inhabitants of the Out Islands of The Bahamas.

Economic development prior to 1967, for islands outside of New Providence, was largely left to the monied foreign investor. Few Bahamians, in the early 1900s, had or if they did, would risk, the millions and millions of dollars it would take to bring the large scale development aspirations, which so many of the various Out Islands needed, to fruition.

Land back then was sold for a song because it was all seen as a waste land of bush and jungle. There was so much of it and so few inhabitants that vast acreages could be swooped up with it hardly being missed. Crown land was given over, only on condition that a bare minimum of development would be completed. Once the bare minimum was done, these vast pieces of acreage, once under government ownership, were kept in the investment portfolios of land developers.

These are names which should be carved indelibly in historical economic and business journals of the Bahamas. They were the dreamers and developers of Rock Sound, in the pre-independence era of the Bahamas.

Austin T. Levy, was an American wool mill owner from Rhode Island and a winter resident of many years, in Nassau. In 1936, Austin Levy purchased some 2,000 acres to embark on a venture to bring agricultural development back to Eleuthera. That venture became Hatchet Bay Farms.

By 1940, just after the outbreak of World War II, in Europe, but before America would join the fighting, the wealthy of the United States, in particular the Pittsburgh elite, began flocking to the Bahamas.

The Bahamian government of the day, were largely following an economic development model, which had been set up for the islands since Woodes Rogers was Governor and Commander-In-Chief. That economic model was essentially a divestment model. Vast amounts of acreage, cays, and entire islands were sold to those who would promise structural development on the vast acreage of undeveloped land, across The Bahamas. Many only bought up the land, putting their value in trust funds. They didn’t have the inclination or the money to develop anything other than a private residence.

Others, however, eyed major development.

One man, Arthur Vining Davis, a millionaire industrialist, who made his money in aluminium, saw Rock Sound, Eleuthera, and fell in love with the land, and its potential.

By 1940, the 74 year old Arthur Vining Davis, was no stranger to the Bahamas. Davis was one of the longest winter home residents in Nassau. In 1940, Davis who had moved to retire in South Florida suddenly decided to just keep going. Vining Davis embarked on a buying spree in Florida and in the Bahamas. He bought Hall’s Pond Cay in Exuma as well as several adjoining cays.

Davis would also purchase 6,000 acres in Rock Sound, Eleuthera. Little did the 74-year-old Davis realise that this 6,000 acres and his development of it, would survive and prosper beyond anything he could have imagined in 1940.

Just seven months after Arthur Vining Davis had purchased 6,000 acres in Rock Sound, Eleuthera, the 74-year-old tycoon embarked on an extensive agricultural development. Along with American Austin Levy, the pair began farming and livestock developments to benefit not only the local Eleuthera market, but mostly for export to New Providence and across the other Out Islands.

By 1941, the agricultural acreage bought by Vining Davis had been given a name. He called it Three Bays Farm.

By 1954, Arthur Vining Davis was all of 88-years-old, but showed absolutely no signs of slowing down. He spent his supposed retirement reinvesting his wealth, plunging himself into new farming and commercial investment projects. His extensive investments in South Florida were also just now coming to fruition. Few remember that it was Arthur Vining Davis who was instrumental in the creation of the luxury home market of Boca Raton.

As the 1940s gave way to the 1950s, as the remnants of World War II were being shaken off by the Americans, investment in land to build retirement and vacation facilities was booming. The closer to the water the land was, only increased the value and potential of these new type of luxury condominium style resorts. The lure for a more stable, long term investment eventually saw Vining Davis slowly divesting his farming interests in favour of a new economic vision, a growing vacation market targeting upscale American holiday makers.

Vining Davis’s investment in Rock Sound, Eleuthera grew from 6,000 acres in 1940 to some 15,000 acres by 1954. Davis needed more land to create a dream luxury resort he would call Cotton Bay.

Plans for the new luxury resort, golf course and marina on the island of Eleuthera, were not leaked to the public, until it almost completed. Vining Davis had his reasons for keeping the entire project under wraps until he was ready for the big reveal.

When Princess Margaret visited the Bahamas in 1955, the Americans were very upset. The hottest ticket in town, the cocktail party at Government House hosted by Governor Lord Ranfurly was reserved for British subjects only.

For the likes of multi-millionaire Arthur Vining Davis, he didn’t worry about such things at all for he had scored an evening with the Princess which would make him the envy of the entire country. Princess Margaret was scheduled to open the new Cotton Bay resort on March 1, 1955.

Arthur Vining Davis was one of the last group of mid 20th century industrialist tycoons, who captured the imagination of aspiring business investors.

By the time, the man who was once richer than Howard Hughes died, his fortune was surprisingly smaller than the $350 million many had originally thought. At the time of his death, Vining Davis was worth an estimated $87,600,000. After paying off his debts and taxes, his estate was worth $54,000,000.

One of the more interesting things about the man who bought Arthur Vining Davis’s interest in Rock Sound and Cotton Bay, was that his name came about because his mother thought she was having a baby girl. She intended to name Juanita, hence the name Juan.

Other than that, Juan Trippe did exactly what Vining Davis did in 1940, he took a chance on an island paradise, when others were afraid to.

By 1959, there were three luxury developments in South Eleuthera to attract the monied American holidaymaker. There was French Leave, Rock Sound and the Cotton Bay Club. It was only Cotton Bay however that had the championship styled golf course. The golf course would prove a huge attraction to Americans as the sport became more popular in the coming decade.

Juan Trippe, as founder of Pan American Airways, used his airline connections to ensure that a steady stream of airline travellers chose Eleuthera as their holiday destination.

By 1970, many things were changing in the sphere of economic and social development in the Bahamas. By 1970, the white minority led UBP (United Bahamian Party) government had been voted out in the historically significant general elections of 1967. A new, predominantly negro-led government, the PLP (The Progressive Liberal Party) emerged. The new mantra of “Bahamianization” swept across the country and made international news headlines. False talk of potential Cuban-styled nationalisation caused investors to leave the Bahamas. But just as the brouhaha settled down into a precarious but stable investment environment, talk of independence from Great Britain brought new fears for potential investors.

Eleuthera, however, seemed to be such a solid investment, based on its history, that new investment money began pouring in. Investor confidence in Juan Trippe to deliver solid returns on investment, brought in a new group, the New York Stock Exchange listed, GAC Group, the General Acceptances Group, to the tune of $30,000,000.

1980 – A DOWNTURN AS THE CLUB MED BRAND ENTERS THE MARKET

By 1980, the historical and current success of upscale tourist driven development in Eleuthera was going through a period tremendous turmoil. Significant changes were happening in the American Tourism industry which many, who had invested in Eleuthera, failed to anticipate.

French Leave, the resort which began in 1956, as a small boutique holiday development, was bought out by the Club Mediterranee chain. Club Med took over the bankrupt hotel in 1977. French Leave had been burnt and subsequently repeatedly vandalised by locals. Club Med snapped it up, branding it it’s newly popular all inclusive, younger, sexier, eat and entertainment, franchise.

The success of Club Med in Eleuthera meant that business was being drawn away from other holiday developments, namely Cotton Bay, the Rock Sound Club and the Winding Bay cottages.

In 1975, the successful Cotton Bay Club, had relaxed its membership only requirement, opening its doors to the public for the first time in its history. By 1980 Cotton Bay was going head to head with Club Med in the luxury tourist trade on Eleuthera.

Some 42 years after Arthur Vining Davis, began a redevelopment of Rock Sound, and about 23 years after Juan Trippe expanded on the foundations laid by his predecessor, some travel writers in 1982, were branding South Eleuthera, as a skippable tourist area. Although they still liked the resorts, the area of south Eleuthera had fallen out of favour.

The resurrection of Rock Sound in southern Eleuthera, would continue at an expansive rate in the post 1973, post-independence era of the Bahamas. New investors and new developers would enter the picture. 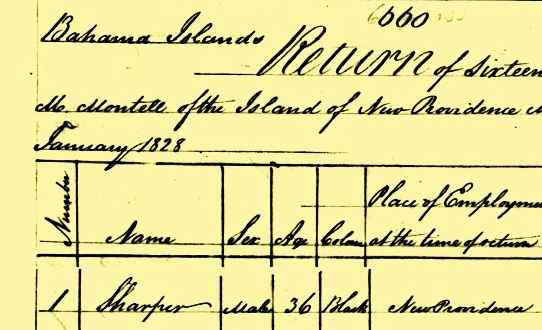